Hello, beautiful creatures. Let’s talk some more about discernment, with some help from my very favorite legendary 12th century Grail knight… from Wales, no less!

In Chrétien de Troyes’ Arthurian romance Perceval, le Conte du Graal (French: Perceval, the Story of the Grail), the young and naïve Perceval sets out from his native Wales and becomes a Knight of the Round Table. As Wikipedia tells it:

Returning home to visit his mother, he comes across the Fisher King, who invites him to stay at his castle. While there he witnesses a strange procession in which young men and women carry magnificent objects from one chamber to another. First comes a young man carrying a bleeding lance, then two boys carrying candelabra. Finally, a beautiful young girl emerges bearing an elaborately decorated graal, or “grail“, passing before him at each course of the meal. Perceval, who had been warned against talking too much, remains silent through all of this and wakes up the next morning alone. He finds his mother is dead, then Arthur asks him to return to court. But before long, a loathly lady enters the court and admonishes Perceval for failing to ask his host whom the grail served and why the lance bled, as the appropriate question would have healed the wounded king.

“What do these things mean? And whom do they serve?” These are the questions Perceval failed to ask for fear of seeming rude, the questions which would have healed the king and the land.

They are, I think, the questions we should all be asking ourselves, and each other.

Let us avoid the well-intentioned mistake of Perceval, who walked among wonders but failed to ask what they were, or why they were. Let us instead practice discernment, as we’ve discussed before, and be mindful of the things we do: as individuals, as members of a family, as part of a tradition, as participants in the dizzyingly diverse world of Pagans, polytheists, and magical practitioners. Rather than simply accepting things as they are because we don’t want to “rock the boat,” let us ask why they are as they are, and who is served by them being as they are. Likewise, rather than simply blurting out whatever notion comes into our heads, let us ask ourselves why we want to say it, and what we hope to accomplish by doing so. Let us ask ourselves what these things mean, and who they serve.

In other words, let us ask ourselves to what end we do the things we do.

You Mean That Literally, Don’t You?

I do indeed. No, really! Let’s practice:

Do you want to take on students? To what end?

Do you want to initiate someone into the tradition passed down to you? To what end?

Are you teaching people magic over the phone, or the Internet? To what end?

Do you want to write a blog, teach a class, publish a book? To what end?

Do you want to charge money for teaching people? To what end?

Don’t just stop with the first answer. Keep going, recognizing that each answer holds another question nested within itself.

And so on. Use the inquisitive mind, the knife of reason, to peel away the layers of each answer, cutting away justifications and assumptions to reveal the next question and, ultimately, the truth that lies at the very heart of the question. Before long, you’ll find yourself questioning every assumption, every belief, every article of faith… and that’s a good thing. Faith is a perfectly fine thing, but if we are honest in our practice of experiential spirituality, we have to be willing to examine that faith. We have to ask ourselves what we believe, and what that belief is for.

Being Careful with Our Discernment… and Our Knives

I advise against trying to use this as a lens on other people’s actions or practices, though. It’s like arguing with a sock puppet; it might be kind of entertaining, if you like that sort of thing, but ultimately it’s neither interesting nor useful. Actually posing the question to those other people themselves is more likely to get interesting and useful results… assuming they’re willing to be asked, and to answer. There are at least two difficulties with this approach, though.

The first is that, oftentimes, people aren’t ready to face their core motivations, and if you force them to confront the reality that they’re doing something they know in their heart-of-hearts to be shady, skeevy, or stupid, they’re liable to become cross with you. Plan accordingly, and remember the adage about catching more flies with honey than with vinegar.

The second difficulty is that some people already know their core motivations, and they’re comfortable with them, even if you aren’t. Such folk simply cannot be reached this way, because they occupy a cognitive reality isn’t tangent to yours. For instance, someone who sees magic as a resource to be exploited and monetized is operating from a world-view fundamentally different from that of someone who sees it as part of a quasi-secret tradition of familial kinship and lore, or as a set of tools for the spiritual liberation of all humanity. These positions are intrinsically at odds with one another, and won’t resolve neatly and tidily just because we’ve asked some pointed questions.

Putting Myself Under the Knife

Some of you reading this may be asking, “Okay, sure, that’s all well and good, Misha, but what about your motives and your discernment? To what end are you writing this blog?”

That’s a fair question. As I wrote in my belated introduction, one of the primary aims of this blog is to discuss the ways in which gender and sexuality intersect with magical and spiritual practice, and the ways in which these are all expressions of otherness, of outsider culture.

To what end? To put my academic training in gender and sexuality to use in analyzing what we do as devotees and practitioners of esoteric spiritual paths.

To what end? To examine how those of us in the Pagan, polytheist, and occult communities engage—or don’t engage—with our own gendered, sexual lives, and with those around us.

To what end? That all of us—straight and queer, cis and trans and otherwise—can find a way to live our authentic lives, as the truest expression of our gendered, sexual, spiritual selves.

That I may have done, not merely my will, but needful work worth doing.

And that, in the end, is as much as any of us can hope to do.

Until next time, dear ones, be well. ♥ 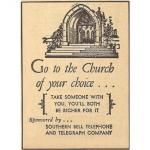 April 4, 2018 Bedroom Temples and Broom Closets: On Praxis, Space, and Community
Recent Comments
3 Comments | Leave a Comment
Browse Our Archives
get the latest from
Outside the Charmed Circle
Sign up for our newsletter
POPULAR AT PATHEOS Pagan
1

Magical Movement: Isolation & Connectivity
This past week's collection of 4 episodes delves into the concepts of...
view all Pagan blogs
What Are Your Thoughts?leave a comment

3 responses to “The Grail Question: An Annoyingly Useful Discernment Tool”