What Your Favorite Ritual Tool Says About You: An Exercise in Humor

What Your Favorite Ritual Tool Says About You: An Exercise in Humor May 21, 2019 Misha Magdalene

Hello, beautiful creatures. Despite what some folks might think based on my previous blog posts, it’s not all grimdark social issues around here. Sometimes, there’s silly humor, too. Why, I once told an actual joke in one of my blog posts! With a punchline, and everything! It was funny, even!

…yeah, okay, maybe that’s overselling it a bit, but hey, I thought it was funny. Then again, despite the nonstop stream of goofiness that pours out of my mouth in person, apparently I’m notorious for being some sort of humorless social justice crusader online. My wan, feeble, deadpan hope is that the following list will counteract that impression, being an example of the kinds of ridiculous things I think about when I’m not busy being a misogynist, a traitor to the white race, or a millennial who doesn’t know anything about magic because I only “practice” Paganism online. (Hi, Gus!)

But first a disclaimer: This is humor. These are jokes. I’m kidding. None of this is intended seriously. Calm down, have some dip. I’m sure your favorite ritual tool really is the best.

And now, without further ado…

ATHAME, BLACK HANDLED KNIFE
You have strong opinions about your favorite metal band, whose name is an illegible blob of heavily stylized letters and occult ideograms.

WAND
Every time you do ritual, you hear a musical motif you can’t quite place. (It’s “The Sorcerer’s Apprentice,” by French composer Paul Dukas. You’re welcome.)

BACULUM
As for “wand” above, but you can also cite whole passages from an assortment of late-nineteenth and twentieth century academic texts on phallic worship. (If you’re wondering what relevance that has, you should probably look up “baculum.”)

CUP, CHALICE
You don’t think there’s anything wrong with having an educated palate as far as ritual wine is concerned. Your ability to remove red wine stains from robes has been called uncanny.

PENTACLE, PATEN, DISK
You drive a Volvo. You can balance a checkbook, bake cookies, build a fire, and change a tire. You actually have a ritual first aid kit. You don’t get why everyone else is laughing right now.

SWORD
You’ve spent more time in mock combat at SCA events, Renaissance Faires, and/or live-action role playing games than in ritual. When no one else is around, you secretly reenact the sword-training scene from Conan the Barbarian.

STAFF
Every time you do ritual, you secretly picture yourself looking like Gandalf in Peter Jackson’s Lord of the Rings movies. (Don’t deny it. We’ve all seen you posing.)

STANG
You once dripped candle wax on a borrowed copy of Doreen Valiente and Evan John Jones’ Witchcraft: A Tradition Renewed. When you returned the book, you lied and said the wax was already there. The owner believed you.

CAULDRON
You once accidentally made yourself and your coven sick by drinking water contaminated with rust and/or Bondo. No one complained about it, but they all bring bottled water to rituals now.

ALTAR
You’ve learned at least six different methods for getting candle wax out of carpets, all by way of bitter experience and frantic YouTube searches. You keep a consecrated spray bottle of Murphy Oil Soap wood cleaner in your ritual kit.

SCOURGE, FLAIL
You feel absolutely no need whatsoever to justify why it’s your favorite tool. Vocally. At every opportunity. And you’re not defensive about it. At all.

BOLINE, WHITE HANDLED KNIFE
Despite popular belief, there actually are rooms in your home whose ceilings aren’t entirely occluded by hanging bundles of dried herbs. You just never use those rooms.

BURINE
If you haven’t already done so, you’ve seriously considered adapting a Key of Solomon consecration for your Dremel pen.

CENSER
If you didn’t grow up Catholic, Episcopalian, or Orthodox, you kinda wish you had, and you don’t feel like it’s really ritual if people aren’t wheezing by the end. Even if you only ever do ritual in a living room, you’ve fantasized about buying one of those thuribles on a six-foot chain.

SCRYING GLASS, CRYSTAL BALL, BLACK MIRROR
You might take the terms “voyeur” and “peeping tom” just a little too personally.

TAROT CARDS, ORACLE CARDS, RUNES, OGHAM STICKS, OTHER DIVINATORY SYSTEMS
You have a collection of oracular decks and tools which rivals your Friendly Local Occult Store’s shelves, and you wax rhapsodic about the virtues and flaws of various hipster decks or custom-carved rune sets, but you always default to that same battered Tarot deck with the cheesy artwork when the chips are down. (Assuming the chips don’t have runes carved onto them, that is.)

ROBE
You’re utterly baffled by the idea of skyclad ritual. I mean, what would you embroider?

CORD
Your occult library includes a copy of the Boy Scout Manual. You know at least three different knots you consider magickal secrets. You also have a ritually-consecrated pair of surgical shears… you know, just in case one of those knots gets a little too oathbound. (See? A punchline! Ha!)

MAGICKAL JOURNAL, GRIMOIRE, BOOK OF SHADOWS
Let’s be honest: you own seventeen beautiful blank journals that you’ve never actually written in, don’t you? Nota bene: I am in no way exempted from this gag, because this is absolutely me. Thorn Mooney, however, is totally exempted, because she actually does write in them. And because she could totally kick my ass.

…and I think that’s enough silliness for now. I know humor is subjective, and those of you who didn’t find any of this funny have my sincere apologies. I’ll see what I can do about making the next blog post something we can all get angry and self-righteous about.

Until then, dear ones, don’t take everything so seriously, ‘kay? ♥ 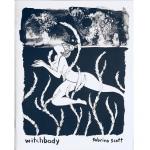 April 8, 2019
Animism for Every Body: A Review of "Witchbody" by Sabrina Scott
Next Post 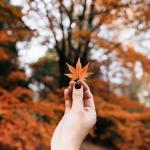 June 17, 2019 What Your Favorite Wheel-of-the-Year Day Says About You
Browse Our Archives
get the latest from
Pagan
Sign up for our newsletter
POPULAR AT PATHEOS Pagan
1

Between Two Worlds: My Quiet Time
My quiet time, when all is still and cold outside, is about...
view all Pagan blogs
Copyright 2008-2021, Patheos. All rights reserved.