Andy Crouch on why we can’t see the faith-work connection: “We’re missing chapters of our Bible.” 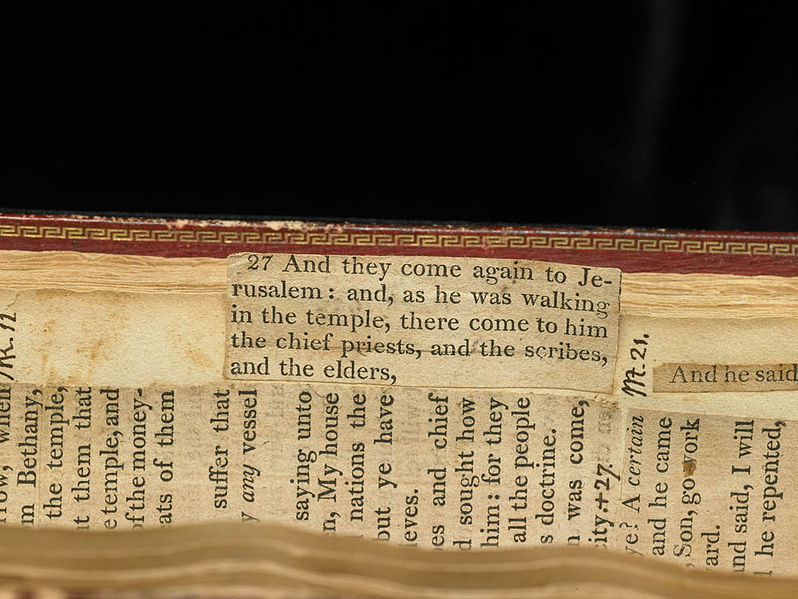 Andy Crouch said something provocative (well, more than one thing provocative) at the Redeeming Work conference here in the Twin Cities yesterday. By way of explaining why today’s Christians have been so blind to the spiritual significance of everyday work, Andy made this blunt claim:

“We are missing chapters of our Bible.”

Is this like the extra Gnostic stuff Elaine Pagels has been telling us about?

Oh, they’re still in there, of course. They haven’t been cut out the way Thomas Jefferson cut out the miraculous bits in the New Testament (image above). We just don’t read them. Or if we do, we don’t see what they’re saying.

Instead of having a Bible that starts with the good news of creation (Gen 1-2) and ends with the consummation of the New Heavens and New Earth (Gen 21-22), we do two things:

First, we start with the bad news of the Fall – humans severing themselves from God, and the curse on work that brings painful toil to both our productivity and our procreation (Gen 3), which has left us with a decidedly sour view of the nature of work.

Then, we end with the even worse news of the lake of fire (Gen 20), which has led many to say “It’s all going to burn” and “I want to invest life in things that are eternal, not temporal.” Boy, if that’s true, then why even bother trying to do our work well?

We hear the results of this foreshortened reading in the words of many worship leaders, says Andy. Many he’s heard have said: “There’s only one eternal thing we will do in heaven: Worship.”

“Well,” he continues, “that’s a very flattering thought if you’re a worship leader. It’s as if to say ‘I’m doing something of eternal significance – I don’t know what you all do . . . So sorry for y’all who have to go out Monday and do temporal things.'” (Uneasy laughs from the roomful of pastors.)

But Rev 21, continues Andy, tells a different story. There, only one physical thing in the Old Jerusalem is not taken up into the New Jerusalem – the Temple.

That’s right, the place of worship, with its trained priests and worship leaders, will be nowhere to be seen in the New Jerusalem. Why? Because everyone will know the Lord! Our whole existence will be saturated with worship. There will no longer be any need for church. In that new reality, the whole world will become the temple – the glory and honor of nations will be brought into that city, the New Jerusalem.

The glory of nations. That means the Eternal City will be full of the fruits of human activity, the best of each of them. Only one person will be out of a job in eternity. You guessed it, the worship leader. Every other act of cultivating and creating will be captured and brought to fullness in that final place.

So how would we be able to think differently about work if we put those missing chapters back into our Bibles?

Genesis 1 shows us a world of order, beauty, abundance. There are two commands there: Cultivate/till/keep, and Create. Those are our two commissions as image bearers.

How does this image bearing lead to flourishing through human work?

The world God created in Genesis 1 was full of possibility, potential. But it was waiting for something.

For what? For image-bearing creatures – creatures who represent in a special way the creator God. Then the latent possibilities in the world are opened up, realized—through us, the image bearers, the culture creators.

The wording of those first chapters of Genesis give us the key: The world was declared good by God. But after the image bearers were created, the world as not just good, but very good. Because humans now work the world in such a way that the very goodness of the world is unfolded.

Let’s get concrete. The world has grain – natural, created. Humans take the grain, crush it, mix with yeast, salt, water, backe, and out comes bread. Their work exposes the potentiality of creation, nourishment, beauty.

The world has chickens and eggs. Humans take the surplus eggs, break them, and at Andy’s house combine them with green peppers, ham, and cheese, put them in a pan for the right temperature and time, and voila! An omelet. Incredible flavor. Eggs are good. Omelets are very good.

Andy continued: “The world has grapes . . . I don’t know this crowd – I’m not sure where to take this precisely  . . . [laughs] . . . and if you are Southern Baptist at the end of the process you get grape juice – Anglicans like me get wine. The Bible, in other words, allows us to say ‘grapes are good. Wine is very good.’”

In other words, the “very goodness” of our world comes to existence only through intentionality. That is why God put his image bearers in the world: the abundance of his created order is potentiality, raw material. Flourishing is what happens when the possibilities are unfolded through caring human action.

Starting to feel better about your work? It gets even better . . . next post.

June 13, 2014
How God made us to “make something of the world” (Andy Crouch at Redeeming Work Twin Cities, part II)
Next Post 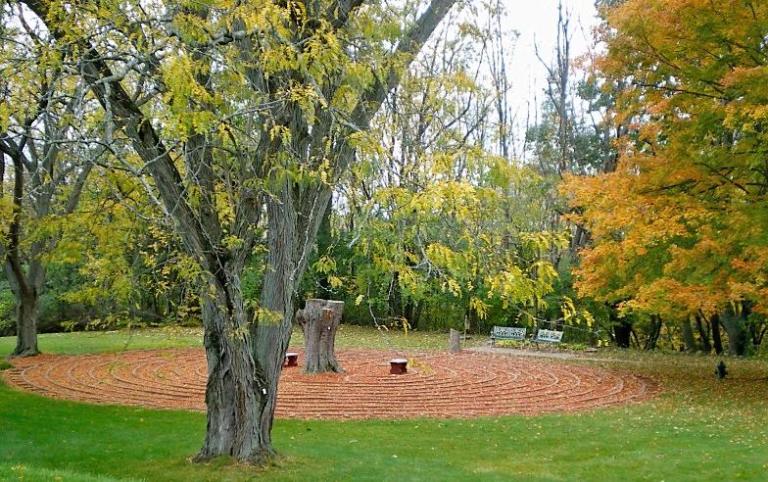 Faith and Work
Hospitality and Vocation (It's Tricky)
MISSION:WORK 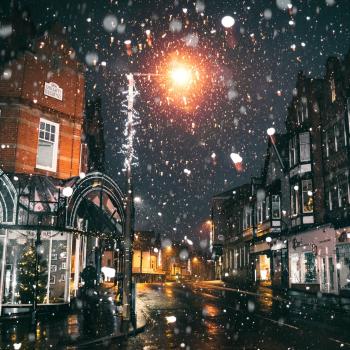 Faith and Work
It's Really Hard to Say Anything About Work...
MISSION:WORK
TRENDING AT PATHEOS Faith and Work