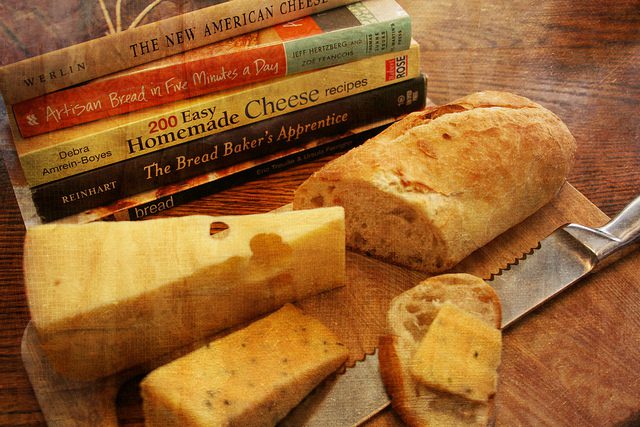 We like business folks here at MISSION:WORK (we especially like J. B. Wood, and we think you ought to read his blog.)  But I was still intrigued when I saw this feature on PBS Newshour recently, as part of its Making Sen$e feature.  The report focused on what some economists call the “coming artisan economy”:

In Making Sen$e’s report on “the artisan economy” Tuesday evening on the NewsHour, Paul Solman speaks with two exterminators and a dementia coach. Not what you typically think of as “artisans”? Well, how about operators of a fresh fruit Popsicle company or a line of handmade dog leashes, both crafted in a repurposed Brooklyn factory? Any of those jobs can be artisan says Larry Katz, the Harvard professor who’s coined the term “artisan economy.” What makes them artisan is that they’re not standardized occupations; they involve what he calls “personal flair” in each stage of the job.

But this movement is about a lot more than hipsters bucking a traditional career path. Katz believes the artisan economy can help shore up the American middle class by creating new jobs to replace those mass production and middle management jobs lost to outsourcing or new technology. And he thinks that a firm grounding in the multidisciplinary liberal arts is the best preparation – better even than a business degree – to taking advantage of the artisan economy that he hopes will be a path to upward mobility for the average American.

To flesh out the topic PBS conducted a interview with Larry Katz. The entire interview is interesting–here’s just an excerpt:

In the 19th century, when high-earning artisans were displaced, two groups benefited – the highly educated workers who became the managers and the engineers who designed the technological processes that replaced the artisan. And then there were a lot of frontline workers, who were less skilled than the artisans, on the assembly line. So a lot of the jobs that became the middle class jobs of the mid to late 20th century – mid-level managers and production workers, for example, are exactly what new information technology is very good at replacing. You don’t need as many middle managers if you can directly monitor with a computer what the frontline worker is doing; a robot can do the production process or it can be outsourced.

We’ve seen growth in jobs for people with abstract creative skills, like designing an auto teller or thinking of new ways to entice consumers to want to make more financial transactions. There used to be people who actually graded every mortgage; now it’s writing a program to grade the mortgage or interpreting how to market them. There’s the potentially hopeful scenario of, in some sense, being able to bring back the old mass production artisanal work with new technologies of today that allow a lot of customization and creativity in the same way that hand work did in the past.

So that could range from designing an app or being a carpenter who uses technology to customize a kitchen cabinet for the high-end abstract worker. If I’m a carpenter, if I can figure out what idiosyncratic items you would prefer and design them myself, I’m a much more valuable contractor in the same way that someone like Paul Revere could personalize what a silversmith did.

I could be a college graduate who goes out and thinks very seriously about using local produce or I could be someone with community college training and set up my own catering service or restaurant. That might not look like a traditional college job or a middle class job, but that can be very lucrative if I’m doing that in a creative way with flair in a way that a standard fast food restaurant isn’t.

So I think there’s a possibility of an economy emerging in which the ability of people to have their own personal style and flair will be much more valuable than just doing routine things. That’s the case at both high-level jobs, but also in being a home health aide in ways that are very valuable to your patients and that will earn you a higher income eventually. I think that’s potentially where there may be a new middle class.

Where does the whole liberal arts thing come in? While Larry acknowledges there are many paths to this kind of job, he thinks that a liberal arts degree is one good one:

Where I think there’s a future is less just the traditional apprenticeship and more what you might call “contextual learning,” which gives you a foundation of liberal arts that’s very flexible and combines that with learning a trade that’s valuable in an industry today, but not so narrow that if demand for that particular skill goes away, you’re left with nothing.

I think any young person is going to want a strong liberal arts education to give you the basis to move in a lot of different directions. I actually think it may be that a really strong liberal arts education is going to be more valuable in the future as opposed to a very specific thing by itself. A traditional business program may be less valuable in the future than someone who may have been a humanities major but learned a bunch of science and analytics as well. It’s going to be your ability to deal with what can’t be turned into an algorithm; how well do you deal with unstructured problems and how well do you deal with new situations; that’s really key.

Lots more to digest and debate over at the PBS page–along with another article called “Could Brooklyn hipsters help save the middle class” about the growing market for handmade goods and the possibility of job creation by serving that market.  If we are moving to an “artisan economy,” what do Christians have to say to that–especially if we already emphasize doing one’s work with excellence? What do you think?

August 1, 2014
Why vacation isn't just a means to make you work better when you get back
Next Post

August 3, 2014 Jobs you couldn't do in the early church. Really.
Recent Comments
0 | Leave a Comment
Browse Our Archives
Related posts from MISSION:WORK 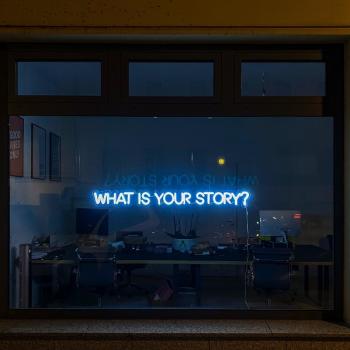