More news from the Boston Summit

We just ran into this post on Sapientia, the blog of the Carl F. Henry Center for Theological Understanding at Trinity Evangelical Divinity School.  Like us, blogger Constantine Campbell was at the Boston Faith@Work Summit; he shares his reflections on several of the talks, but particularly on the amazing talk by Cheryl Broetje (which blew the Faith and Work Channel’s bloggers away, too.)  He writes: 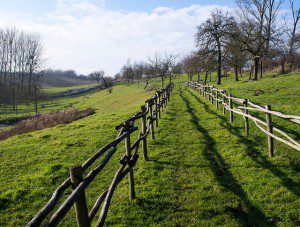 Cheryl Broetje told us about the Broetje Orchards, founded and operated by her and her husband, Ralph. Early in their farming years, their labor force radically turned to consist of Latino immigrants. It became clear to the Broetjes that these employees not only needed training to do their work, but holistic care. They needed affordable housing, dependable childcare, and year-round jobs if their kids were going to stay in school and flourish. Most of all they needed to feel safe….One anecdote was particularly powerful. Cheryl shared the story of a Latino fifteen-year-old boy, who had moved to the orchard with his family. He was an unsettled, angry young man. But after a few years living in the transformative community at Broetje Orchards, he went on to college and became a school teacher. He is now in the running for Washington State’s teacher of the year.

Hop over to Sapientia to check out the rest of the story. Campbell is also doing a blog series on achievement, which we’ll check back into every now and then and feature here.

November 9, 2014
From the archives: The patron saint of business?
Next Post

November 11, 2014 Joy to the (working) world
Recent Comments
0 | Leave a Comment
Browse Our Archives
get the latest from
MISSION:WORK
Sign up for our newsletter
POPULAR AT PATHEOS Faith and Work
1