The sorrows of Mary and the callings of Christians

The sorrows of Mary and the callings of Christians September 15, 2015 Edwin Woodruff Tait 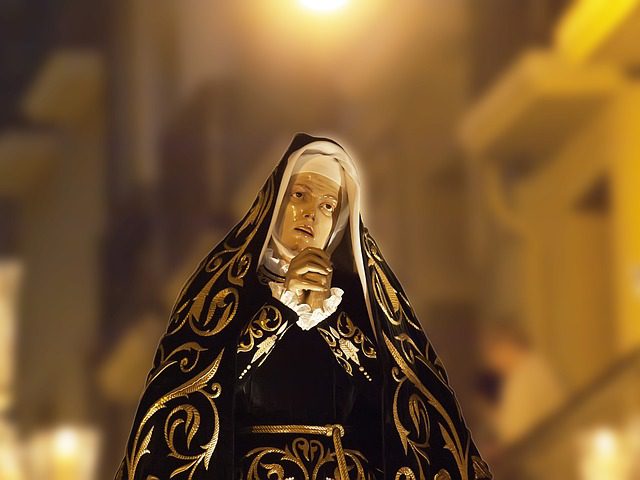 Today is the day after the Feast of the Holy Cross, and in the Catholic tradition this is, fittingly, the commemoration of the Sorrows of Mary. Historically, this feast originated in 1668, although it drew on a longer tradition of devotion to Mary as the sorrowful mother of the suffering Christ. In the 13th century, a religious order, the Servites, made this devotion the focus of their existence as a community, and the September commemoration was a gift to the Servite order by the Pope. Mary’s sorrows had also been commemorated in Germany and other areas of Europe since the late Middle Ages on a Friday during Eastertide.

All this liturgical detail can be mind-numbing, and non-Catholic readers may wonder why I’m wasting time on it. I am, after all, an Episcopalian, and my own denomination doesn’t celebrate Sept. 15. However, in my opinion this failure to embrace Marian devotion is a bad thing. Without getting into the question of whether all forms of Catholic Marian devotion are healthy, I think it’s altogether to the good for us to be reminded frequently of the close link between Jesus and His Mother.

So when we have just celebrated the triumph of the Cross of Jesus, it is important for us to think of the woman who stood at the foot of the Cross, weeping for her beloved son who hung there dying for reasons she did not yet fully understand. Most of the sorrow of this world does not come from deliberate, heroic sacrifice. It is the sorrow of victims, caught up in tragedy against their will and without their comprehension. And yet, Christian tradition tells us that Mary rose to the occasion, offering herself fully to God and offering back to God the son she had received as a miraculous gift.

Mary shows us the only way in which we can follow Jesus–by standing at the foot of his Cross, weeping for the suffering of the world. And yet, as we learned yesterday, the Cross is also the place of triumph, where the powers of evil have been defeated forever. And Mary, the Queen of Sorrow, is crowned by Christ as the Queen of Heaven. As St. Paul put it, if we suffer with Christ, we will reign with him. This is the heart of the Christian life.

Today is also Wednesday of Ember Week. Traditionally the Church has set aside four weeks in the year as times of fasting and prayer at each of the four seasons of the year. These “ember weeks” are celebrated on Wednesdays, Fridays, and Saturdays, and the autumnal Ember Days fall after the Feast of the Holy Cross. These are not frequently celebrated today, but they are a good way of marking the four seasons of the year. Traditionally, they are a time to pray for vocations to the priesthood, and they are a good time for all of us to think about our calling as Christians, whatever that may be. 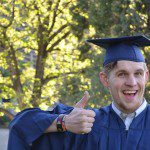 September 16, 2015 6 Characteristics of Organizations With Vision
Recent Comments
0 | Leave a Comment
"There have been many studies about the best environments for work/creativity/productivity but management usually follows ..."
John Purssey Why I Don’t Like Open Offices
"Choices are exhausting. And yet there are also so many things that used to be ..."
Marianne Aldrich Why Am I So Tired?
""The best is the enemy of the good." <g>"
billwald Why Am I So Tired?
"Thanks for sharing.....$1000 content writing"
Suhas Barhate This is My Content, Tweeted for ..."
Browse Our Archives
get the latest from
MISSION:WORK
Sign up for our newsletter
POPULAR AT PATHEOS Faith and Work
1