Riverdance Changed My Life: Or, How I Learned to Love Being Bored 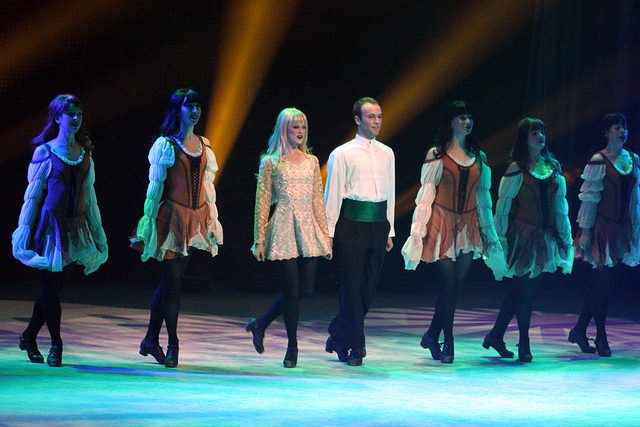 Riverdance changed my life.  Yes, THAT Riverdance: the gazelle-leaping, non-arm-swinging, inexplicably line-segmented, Irish-based, quickfooted rhythmic troupe.  I was in my mid twenties and complacent at work.  I was bored.  I was discontent.  To pass the time I would drown my sorrows in 6-8 hours of non-stop NPR programming.

On one particular day they were interviewing the traveling Riverdancers and this particular interviewee was talking about how normal it all was.  She was discussing how they would all pass the time creating silly games and eating at restaurants together, how they’d all chip in and buy lottery tickets and check the numbers together.  None of this really grabbed my attention until she said, “It all gets so repetitive and even boring sometimes.”

She was at the apex of her vocational choice.  She was traveling the world.  She was one of the lucky ones who knew exactly what she wanted to do and was fortunate enough to have the ability and the opportunity to do it–and get paid I might add.  She was living the proverbial American dream.  She was most certainly NOT unhappy. But she was bored.

This unlocked something for me (and it was not a passion for knee-high step-dancing; I don’t have the flexibility).  It helped me see that it is a bit of a mirage to just “do what you love.”  While “do what you love” is the rhetoric of well-meaning guidance counselors and parents in my generation, I’m not convinced that this is as satisfying as promised, nor does it guarantee contentment.

I used to have a close friend who was a cargo pilot.  Same story as Ms. Riverdance; he’d dreamt it, pursued it and was now flying as a career.  THAT seemed glamorous–both the actual pilot job and his self-assuredness about his choice.  It all seemed so fulfilling.  One time I was inquiring about what it’s like up in the sky.  He casually told me how it all got to be routine and redundant.  He said flying a huge plane was like putting Heinz Ketchup on a homemade hamburger–not exceptionally thrilling: “If you’ve seen one horizon from the pilot seat, you’ve seen them all.”

I don’t mean to be an apathetic naysayer, but I want to be honest about the human tendency toward discontent because I think there is hope for us.

There is a famous Bible verse that gets taken out of context religiously,   Philippians 4:13, “For I can do all things through Christ who gives me strength.”  This usually gets used as positive self-talk, or to pump up someone before a big feat they want to accomplish.  Sometimes it is a shield of false humility for professional athletes at press conference time when the media questions get too tough for a real answer.  It’s possible that this statement has even been uttered by a Riverdancer as he or she steps off the tour bus again in Anytown, USA, and their heart just isn’t into it that night.

But these are all a misunderstanding of Paul in this passage.  Paul is not advocating shallow rhetoric to pretend to overcome a sticky situation.  Paul is talking about a deeper, meta-sense of contentment.  Look at the context:

Paul is challenging what seems to be a fundamental human instinct, which is to find contentment in relation to our circumstance.  He’s trying to teach the Philippians that true contentment comes NOT from their circumstances.  Jesus says to his disciples in Matthew 6, “Therefore I tell you, do not worry about your life, what you will eat or drink; or about your body, what you will wear. Is not life more important than food, and the body more important than clothes?”  There is a reality of finding contentment beyond circumstances.  Perhaps the Israelites in the desert and even Adam and Eve in the garden were being prodded to learn the same thing? Even prosperous times like David and later Moses had, the circumstance still can’t dictate the contentment.

This idea of finding contentment apart from circumstance sounds great as a concept, but how can we do it, practically?  Even as I write this it seems impossible, The closest I think I come to it is simply taking a moment to meditate on this truth frequently.  But it’s a journey, and with each meditation, maybe it gets a little easier to see through the circumstance and believe that circumstance doesn’t determine content. God, above and beyond all circumstance, does. Even for Riverdancers.

Jordan Dillon is the lead machinist at Strataflo Products Inc, in Fort Wayne Indiana, where he lives with his wife and 3 children.  Strataflo produces high quality check valves and Jordan has been with them for 14 years.  Jordan also graduated in 2008 from Huntington University with a BA in Bible and Religion.  Jordan has experience in both manufacturing and historic house restoration among other Midwestern life experiences  and enjoys writing about all aspects of life as they interface with God’s Kingdom.  Read more of his writing here.  Image: Flickr.

October 23, 2015
Chasing problems is a key to social innovation
Next Post