Ron Reed: I’m a Christian, but I don’t do Christian theater 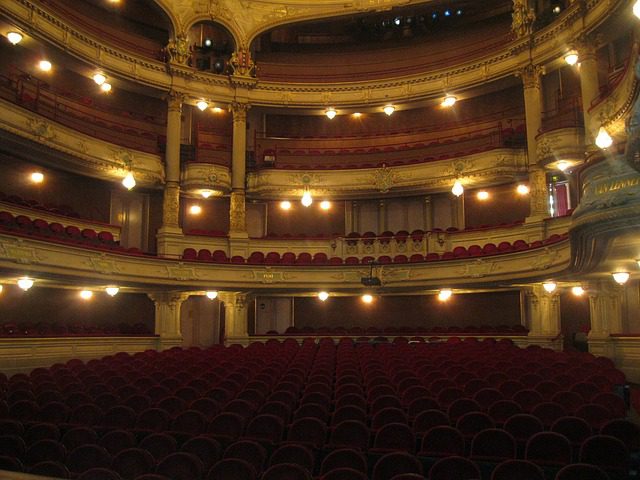 The founder of Pacific Theatre in Vancouver, British Columbia, talks about leadership, the arts and what it means to put on plays that ask spiritual questions from a Christian perspective. This post was first published in Faith and Leadership.

When Ron Reed was preparing to graduate from seminary at Regent College in Vancouver, he asked founding President James Houston whether he should pursue work as a pastor or as an actor. He had done both well.

Regent was founded by Plymouth Brethren Christians, who have a low view of ordination and a high view of Christians’ calling to be salt and light in other professions. Houston said, “We have plenty of pastors, but we don’t have many Christian actors.”

Reed did Houston one better, founding the Pacific Theatre  in Vancouver, British Columbia, in 1984. Last year, PT won more awards from the Jessie Richardson Theatre Award Society — an organization that promotes the Vancouver professional theater community — than any other large theater.

Reed has worked at the theater not only as director but also as a regular actor and playwright. Jason Byassee, the Butler Chair in Homiletics and Biblical Hermeneutics at Vancouver School of Theology, spoke with him about the vibrant institutions that have made Pacific Theatre possible and how it in turn has influenced the city. The following is an edited transcript.

Q: What does Pacific Theatre’s success say about the city of Vancouver?

To make a gross overstatement, all the hippies in Canada gravitated to the West Coast. That permeates evangelicalism, too. The church is more free-spirited here. In the Prairie Provinces, I’d have run into more trouble with some of the art we’ve made. Here, we’ve not had many sermons preached against us, or outraged letters.

Regent College has had an incredible leavening effect here. In many other places, evangelical churches would have had a problem with Pacific Theatre. Regent’s stance toward the arts is not, “Oh, that’s strange; it must be bad” but rather, “Oh, that’s strange; maybe there’s something interesting here.”

My theory is that a place gets the theater it deserves. The artistic director lives in that town, with antennae for what’s happening in the culture. An audience is then drawn to that person’s choices. If those don’t match, it isn’t going to happen.

Q: Your mission language is surprisingly specific: “Pacific Theatre exists to serve Christ in our community by creating excellent theatre with artistic, spiritual, relational and financial integrity.” How do you hold to that without being narrow?

We’ve never said we do “Christian” theater. That word is a bad adjective but a good noun. I readily say I’m a Christian, but we don’t do Christian theater. We do plays that explore spiritual questions honestly from a Christian perspective.

A community has grown around that. Folks have found that they like what’s on the stage. Many call themselves Christian — not the majority at this point. All know we’re digging into things that matter.

We’re very guerrilla. We’ve stayed small. We can fight in any terrain, and we’ve transformed the way we do things many times to survive. We’re an edgy little theater company.

We need to look at succession. I don’t need a legacy theater. My immortality has nothing to do with a theater.

Q: How did you survive early discouragements?

Ignorance and stubbornness. We received no cultural grant money from any level of government for well over 10 years. It was a decade before we were reviewed in local media devoted to theater here.

We got one nasty review. I thought, “Oh, well. Reviews didn’t matter to me a week ago, so they don’t matter now.” That attitude has served me in good stead. I hold all the attention now very lightly.

People celebrate the Jessies we’ve won. I always say, “Yeah, whatever.” I love being part of the theater community now; we unarguably are. Any barriers are ancient history.

What matters to me is acting in a play, having a chance to put that woman’s play on a stage, conversation with people who see beauty in that play. Otherwise, you can’t care. If you cared, you’d quit.

There were four of us partners in our earliest days. We all decided this is what we would do, with no other jobs. Two of us had spouses who worked, as a nurse and a teacher. Our church, Capilano Christian Community, found [the other two] a home to live in for free.

There’s a really common belief that if you’re an artist in the church, you’re an outsider — underappreciated, unsupported. Our experience was that we wouldn’t have lasted 10 years if not for all the Christians that came to shows, supported us and took artists into homes.

The level of support we get from our audience outstrips any other theater. That support grew slowly and made us part of the community. We did have three years when we were nonfunctional and had to cancel seasons, [but] our levels of donations didn’t go down. We weren’t even producing mainstage shows!

Let’s not perpetuate the false narrative about the church not supporting artists. More plumbers have come to our plays than I’ve hired plumbers.

Click below to read about whether Ron thinks he’s influenced the culture.

October 7, 2015
Don't Search for Purpose: You Will Fail
Next Post