It’s time to honor the hard work of raising children 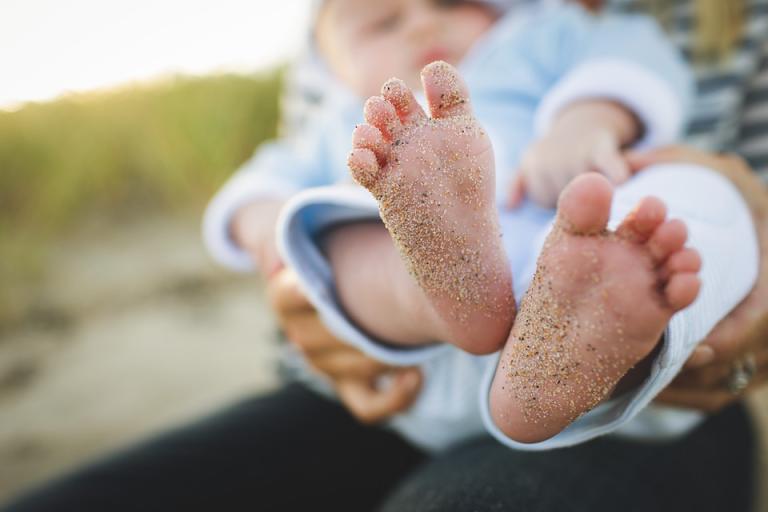 The church should be at the vanguard of a much-needed revolution in caretaking and the raising of children, says a young mother of four. We own the groundwork, the history and the theology of care.  This article originally appeared at Faith and Leadership.

A male friend of mine recently struck up a conversation with me about work and gender. “This might sound sexist,” he said, standing in the church sanctuary, “but I just can’t do what my wife does at home. I think it would destroy my sense of dignity.”

I shifted my weight, tasting in my mouth the gristle of disagreement. A week later, we talked again at a park while our kids were on the playground. I’ve heard his argument before, I told him, and partly agree with it.

What he fears is legitimate. He’s right to be leery of caretaking and how it might degrade his identity. The problem is, the same holds true for many women.

“Being at home has been hard on my dignity,” I told him.

Our exchange reflects a larger conversation within the church. Fueled by culture wars, the U.S. Supreme Court decision about same-sex marriage and differing opinions about what constitutes a healthy family, we Christians find ourselves in paroxysms of strife about gender differences and gender roles. Every time I turn around, someone is lobbing salvos in the debate about female identity.

Are women fit for corporate leadership? Are women fit for ecclesial leadership? The least contested ground, of course, is the home. We women are generally considered fit for parenthood, but in this role we often feel like disenfranchised day care workers whose jobs are loathed and feared by many men. It’s up to us to foster an internal sense of self-worth that’s independent of what others think, but we also need the Christian community and the church at large to express deep, sustained respect for the work we do at home — not as baby sitters but as leaders.

In her new book, “Unfinished Business: Women, Men, Work, Family,”  (which I review here), Anne-Marie Slaughter contends that we’re living in a culture that has devalued caretaking to the point of crisis and left both men and women floundering. We can debate gender and parenting all day long. But the Western world, I believe, is making the war almost unwinnable by conceiving of the home as a modern gulag where the lesser breadwinner is sent to perish.

Clearly, my gulag analogy is a distortion, but it does reflect our devaluation of the home. At the same time, it’s a very real representation of what it’s like to parent alone without systemic and cultural support, and in that sense, it’s a circular, self-fulfilling prophecy. If we view the home as a gulag, it will become one, with everything that entails — lack of resources, lack of freedom and lack of dignity.

I’m deep inside this struggle and trying to fight against the gulag narrative, both within myself and with the external culture. I spent years wearing suit jackets, directing camera crews and controlling high-end edit systems before I had a kid and dropped headlong into the vomit-laced mess of motherhood.

Three years later, I had another child, and then two more in the space of three years — the last of whom was conceived six months after a “successful” vasectomy. The pregnancy was so unexpected that I made it halfway through before I even knew I was pregnant. The news produced the same shock and tremor as a meteor crashing through my kitchen window. I was not prepared to parent four children ages 6 and under.

Three months in, I’m still reeling. I feel a deep obligation to care for my children in these young years, but I also miss the workplace — the collegiality, the productivity and the dignity of a clear identity. The fact that I chose to stay home doesn’t necessarily make it easier. I find myself in a state of persistent stress and feel more sympathy now for why women stick their heads in ovens (Sylvia Plath), divorce their husbands for no apparent reason or drop their kids at an orphanage. Caretaking is difficult. It’s an invisible, often monotonous job that requires tremendous fortitude and discipline.

Although I might take flak for saying this, I often take care of my kids out of principle, not desire, and have to remind myself daily that what I do is perhaps one of the most important vocations available to me: I’m raising eternal beings for eternal purposes. (And here I would be remiss not to mention the many women, including friends of mine, for whom staying home is not a viable choice. The home-vs.-work debate is an economically privileged one.)

For the sake of transparency, I’ll tell you that I’m a moderate egalitarian who believes there are notable differences between men and women. I concede that more women than men elect to stay home and find great satisfaction there. But I’m hesitant to draw broad generalizations about the suitability of the female gender to the home (or the pulpit) and more comfortable taking it case by case.

For those of us who find ourselves straining against the fetters of domesticity, our experience runs parallel to that of men (like my friend) who feel averse to staying home. The only difference is, we’re not fearing it or fighting it; we’re actually doing it. We’re feeling the pain, the indignity and the loss of identity. We’re neck-deep in dirty work and struggling to find the long-term meaning that’s buried in the laundry.

The challenge, of course, extends beyond the complementarian/egalitarian debate that we see inside the church. American culture at large, argues Slaughter, has forgotten that “family is the foundation of our flourishing.” (Her book, by the way, is based on a cover story for The Atlantic that garnered one million readers in two weeks, which tells us something about the salience and sensitivity of this topic.) Our Western workplace reflects this value imbalance, and as a consequence, people feel continually caught between the duties of breadwinning at work and bread breaking at home.

Slaughter’s solutions, of course, are entirely secular in nature (and no less valuable), and range from small talk to systematic overhaul. She turns to government for much-needed public policy solutions and businesses for much-needed private workplace solutions, but she leaves out an institution that has tremendous transformational potential: the church.

We trace our spiritual lineage to a woman who rode sidesaddle on a donkey and after giving birth in a barn became one of the most venerated mothers in history. And if the incarnate God himself needed a caretaker, then what greater argument do we need? Christ called the little children to come unto him and bequeathed the kingdom of God to them. The rest of Christian history — with some major episodes excepted — has been driven by these same principles of sacrificial leadership.

If Slaughter wants a “care revolution,” as she calls it, then we the church should be at the vanguard. She’s already borrowing from our Judeo-Christian values anyway. We own those values. We own the groundwork. The history. The theology of care. As a body already equipped for this revolution, let’s transcend our internal strife and — while still debating our ideological differences with conviction — establish a culture that esteems both caretaking and caretakers. It’s in the interest of society at large.

It’s also in the interest of the church at large, which commits its people to the formation of the next generation. Mothers (and fathers) are leading this charge. As we spend our days with babies, brooms and dirty dishes, we need our community to salute us, respect us and remind us of the long-term purpose of these quotidian pains.

“I know you must be stretched beyond belief,” a friend emailed me recently. “Parenthood is an exhilarating and excruciating one, but [it is] the path that makes us more conformed to His image than most I can think of. For the Trinity is ever-giving, ever-fruitful, and the Uncaused Cause calls Himself ‘Father.’”

I had seen her in person just a few days before at a birthday party at a park — the same one, incidentally, where I debated with my friend on work and gender. As my husband and I were leaving, one of us cradling a crying baby and the other trying to herd three older kids, she ran after us, extended her arm out toward us — almost prophetlike — and then spoke words of truth and affirmation.

“What you’re doing is countercultural,” she said. “It matters, now and in eternity. Thank you for what you do.”

Andrea Palpant Dilley grew up in Kenya as the daughter of Quaker missionaries and spent the rest of her childhood in the Pacific Northwest. Her memoir, “Faith and Other Flat Tires: Searching for God on the Rough Road of Doubt” (Zondervan), tells the story of her faith journey. Her work has been published in Geez, Utne Reader and the anthology “Jesus Girls: True Tales of Growing Up Female and Evangelical,” and online for CNN, The Huffington Post and Christianity Today. She interacts with readers on Facebook. She lives with her husband and their two daughters in Austin, Texas. 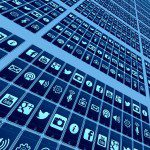 February 2, 2016
We have no idea what's around the corner: part 5 of an interview with Tami Heim
Next Post 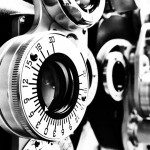 February 8, 2016 From the archives: Mamas, Don’t Let Your Babies Grow Up To Be Newspaper Reporters. Let ‘Em Be Actuaries and Optometrists and Such.
Recent Comments
0 | Leave a Comment
Browse Our Archives
Follow Us!