On not knowing what to say

Christian leaders who are obligated to speak out on current events don’t have to join the media noise. Silence says more than punditry, writes a seminary professor. This post originally appeared at Faith & Leadership.

It has been a while since the sickening week during which we watched the videos of two African-American men under arrest apparently executed by the arresting officers, and then 12 Dallas officers gunned down as they policed a protest against those shootings.

A friend of mine posted on social media that he “woke up and suddenly it was 1968 all over again.”

And such commentary is one of the problems: on social media, each of us feels like a pundit. Which means we feel compelled to say something wise, to harness outrage, to redirect anger — in short, to have something to say.

But what if there are no words?

I watched as friends in prominent public positions tried to articulate something helpful for their community and beyond, to put a frame of reference around these horrifying events.

Pastors, heads of judicatories — anybody with a public role was expected to say something. I was glad, for once, not to be in such a position. I’m just a seminary professor, and class is not in session. I didn’t know what to say, and I was relieved that I didn’t have to say anything.

We would all do well to be silent here for a moment.

Many of the challenges we face have to do with changes in the chattering classes. The number of news sources has exploded, and many of those sources seek to stand out by shouting ever more shrill and inane and outrageous things.

Our public discourse has been poisoned by pundits and politicos demonizing other people.

Our Enlightenment-encouraged forebears thought the answer to destructive or dishonest speech was not prison but better speech. I fear that our media outlets may be showing how wrong they were.

Frightened people, tuned into these cable programs all day, arm themselves, vilify other people and tune in even more as the feedback loop grows ever more frenzied. There is no obvious end to this dismal cycle.

I remember a classmate in seminary, invited to offer questions or comments after hearing a list of heinous injustices perpetrated by a Latin American government against its citizens, replying simply, “I don’t want to talk anymore. I just want to pray.” And so we did.

We redirected all our anger and vitriol and shame (since our government had backed the government doing many of these misdeeds) toward the only One who can really heal anything. It was a blessed interruption.

What if God’s people interrupted our poisonous media with the antidote of prayer?

Leaders don’t often respond with silence. We expect them to talk. They give speeches and quotes to the media and lead meetings and deliver bad news and occasionally lend their blessing. Sometimes they do this by their mere presence, but if there’s a hot mic nearby, usually they will speak.

Of course, there are times when someone in a position of public trust simply has to step up to the mic or the keyboard and say something. That’s what leadership is: offering words when others have no words.

But what would it mean for them to offer silence?

My colleague James Howell often seizes on an obscure verse in Chronicles as an image for faithful Christian leadership: “We don’t know what to do, but our eyes are on you” (2 Chronicles 20:12).

Scripture doesn’t always have an answer. But God is always good. And Scripture is written down, preserved, read from and blessed precisely because we, God’s people, lack words. We don’t have to make them up. God has given them to us.

We can pray the Psalms, for example. The book of Psalms is chock-full of laments: words for those who are crushed, who can’t muster their own words. These words often move from sorrow to hope, but not always (see Psalm 88).

Those in public distress would do well to step up, open the book and just read, say, Psalm 102, about the devastation of Jerusalem, or Psalm 137:1-7, about the loss of God’s promised land.

One problem with our toxic media is that it’s just too fast. We’re asked to offer concrete, pithy, memorable words for situations that have just happened, are still in progress, on which we have no wise vantage.

I heard Martin Marty say one time that commentary on anything more recent than, say, 1492 is just yellow journalism! Historians can get away with such observations. Leaders usually can’t.

But if you are called upon to say something and come up short, turn to the word of God. Use it; it’s there for a reason.

A leader with nothing to say can be a blessing in other ways, too. Ludwig Wittgenstein famously said that things of which we cannot speak are things on which we must be silent.

He was echoing a longer philosophical tradition (itself full of words) reacting against talk of large, abstract, metaphysical sorts of truths as if we can say anything illuminating at all about them. We can’t. So Wittgenstein directed our attention back to things to which we do have access (like the language we use).

In what way is God’s love like mine for, say, Duke basketball? How is God’s existence similar to that flower or bumblebee or supernova? Is God’s creation like my creation of this article?

Their caution is a good one for an age with few hedges on words. We should qualify or even unsay lots of what we have said or want to say. It’s God we’re talking about. Who can understand? Augustine said, “If you understand, it is not God.”

If we are going to speak well of the only One really worth speaking about, we should not only take care; we should show those listening that we are taking care. Our words not only describe; sometimes they misdescribe.

We’re creatures; only One speaks truly every single time. And that One is often maddeningly silent. Especially at times like this.

Physicians still take Hippocrates’ oath to do no harm. We could do the same. Christian leaders called upon to speak out might offer time-honored words from our tradition, such as simply, “Lord have mercy.”

August 8, 2016
Productivity: 6 Tips for Getting (The Right) Stuff Done
Next Post 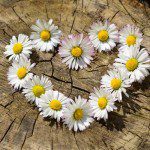 August 13, 2016 Jesus did not command us to agree with one another; Jesus commanded us to love one another
Recent Comments
0 | Leave a Comment
"There have been many studies about the best environments for work/creativity/productivity but management usually follows ..."
John Purssey Why I Don’t Like Open Offices
"Choices are exhausting. And yet there are also so many things that used to be ..."
Marianne Aldrich Why Am I So Tired?
""The best is the enemy of the good." <g>"
billwald Why Am I So Tired?
"Thanks for sharing.....$1000 content writing"
Suhas Barhate This is My Content, Tweeted for ..."
Browse Our Archives
Related posts from MISSION:WORK 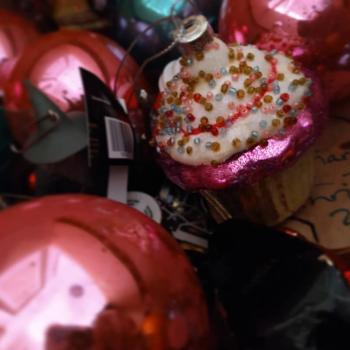