I Want to Bless People. In Person. 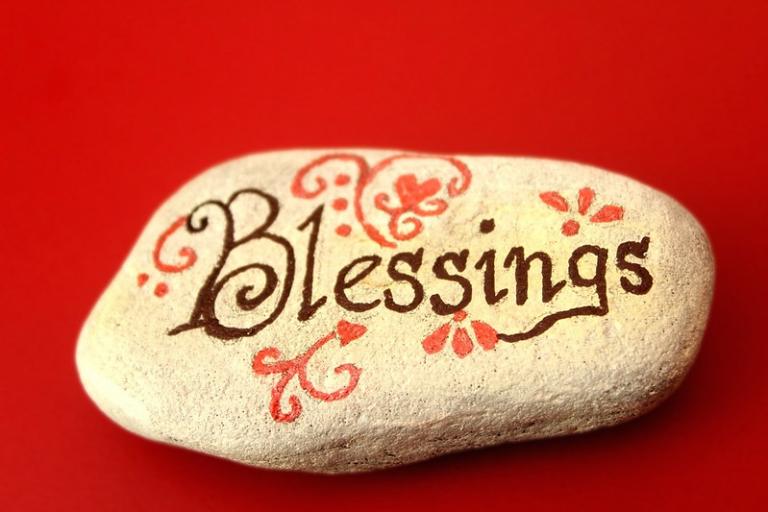 So, we’ve been doing church via Zoom, as I reported last time. It’s been wonderful to see the faces of most of my congregation twice a week. But I’ve noticed something.

In the Episcopal tradition, though we all obviously ought to live lives in which we all bless each other, there are certain blessings in the liturgy that are reserved for the priest in persona Christi  – in the person of Christ (this is Wikipedia theology, but will give you a basic idea). The most obvious ones are the blessings said over bread and wine at Eucharist – but there is also the moment when the priest pronounces forgiveness after the confession of sins, and the moment when the priest blesses everyone in the name of the Trinity at the end of the service and sends them out into the world on a mission. (Yes, you can start humming the theme from The Blues Brothers now.)

When I was ordained, four years ago today (that is not an April Fools’ joke), I expected, and longed for, being granted the commission to bless and administer the sacraments. What I didn’t expect was how amazing, how utterly breathtaking, it was to bless people – to stand up in front of a congregation and say: Jesus loves you, Jesus forgives you, and Jesus commissions you.

The day after I was ordained, I wrote on Facebook, “Edwin [my husband] frequently tells a story, which I think originated with Steinmetz, about some Franciscans who got drunk and consecrated a whole bread truck. I used to think that was just a funny story. But today I want to run around blessing everything. I feel like blessings are bubbling out the top of my head. Watch out, bread trucks.” (Incidentally, I was informed in the comments of that long-ago post that it was actually a Twinkies truck, which is even more bizarrely glorious.)

All this is prelude to saying that the first Sunday we did Morning Prayer over Zoom, we got to the point where we had confessed our sins and it was time for the absolution and Anglicans have been pretty clear since this whole mess started that we don’t bless elements over the Internet, but no one’s really said anything about blessing people and I told these dear people over Zoom that Jesus loved them and Jesus forgave them and it cut me like a knife with the imperfection of it all – not the imperfection of the blessing which is whole and perfect and Jesus and not me, but the imperfection of the distance.

I’ve had a song from an obscure Sondheim musical called Evening Primrose running around in my head since we all began isolating. It’s called “I Remember,” and in it the heroine, who has lived in a department store for years, sings about all the things she sort of, kind of remembers – sky, snow, “light and noise and bees and boys and days.”

I remember those things too. Or at least I try. And someday, when this is all over, I want sky and snow and light and noise and to go pick up my new glasses and be in Joseph and the Amazing Technicolor Dreamcoat and bless everything and everyone. Watch out, Twinkies trucks.

May 11, 2020 Ten Things About Work We've Learned From COVID-19
Recent Comments
0 | Leave a Comment
Browse Our Archives
get the latest from
MISSION:WORK
Sign up for our newsletter
POPULAR AT PATHEOS Faith and Work
1