Popular singer Ghazala Javed has been killed in northwestern Pakistan, along with her father. Ghazala Javed was a Pashto-language singer in her early twenties. While government sources insist that her ex-husband was the culprit, it is still not clear who is responsible for her death. May Allah give her everlasting peace and justice!

Hoda Badran, a prominent Egyptian women’s activist fears a regression in the battle for social and political equality for women in Egypt. Another article is equally pessimistic, seeing only bad options in the future of Egyptian women.

Human Rights Watch published a report on the ongoing severe sexual assualt in Syrian detention. Sexual assault is not only aimed at women, but at men and children too. May Allah protect all against these horrific crimes, and bring the perpetrators to justice.

The Indonesian gender equality bill has been opposed by women’s groups, as it could apparently empower women too much…

Qantara.de features an interview with Algerian lawyer and women’s rights activist Nadia Ait Zai on the sudden increase of female representation in the Algerian parliament.

Recent events in Afghanistan make one worry about the future of women’s rights and ethnic minorities in the country.

In Somalia, in areas where the Al Shabab militants have been driven away, an increasing number of young couples are deciding to elope to get married, even though this is not accepted according to the more conservative branches of Islam.

Sharifah binti Hussein is a young Rohingya refugee from Burma in Malaysia, where she hopes to stay forever. Malaysia, however, does not recognize the United Nations Convention on Refugees and is known for ill-treating its asylum seekers.

Indian dancer Rani Khanam is the first Muslim woman to adapt Islamic verses and Sufi compositions to her Kathak performance.

In June 2011 the government of Iraqi Kurdistan passed a law on domestic violence and female genital mutilation, but a year on activists are frustrated with the (lack of) implementation of the law.

An 18-year-old pregnant woman and her boyfriend both received 100 lashes in the city of Timbuktu, Mali, for having a child out of wedlock.

Women protesters and journalists are systematically targeted and sexually assaulted by mobs of men at Tahrir square, Egypt, for the whole world to see.

In New York City both Muslim women and Orthodox Jewish women have a difficult time finding a workout space that caters to their needs and demands.

The mayor of Tasikmalaya, the Indonesian city that wants its Muslim residents to live according to Islamic law and its Muslim women to wear the headscarf, has been called to the capital to explain the law as a part of an investigation as to whether this local law is against national law.

Tajik mullahs warn against a rise in temporary marriages, which are illegal in Tajikistan and are considered a result of a sizeable Iranian Shi’a community (temporary marriage is considered to be lawful according to Shi’a Islam) and the dire poverty in which many people, and women in particular, find themselves.

Asia Parveen has been jailed last week for inflicting 57 injuries on a 10-year-old girl for not reading enough of the Quran. As she was five months pregnant at the time and fasting, Asia Parveen blames her hormones and the Ramadan for her actions.

South Asia Wired features an item on the Mohamed sisters in the Maldives, debating the increasing prevalence of the hijab or headscarf in their society. 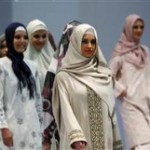 June 21, 2012
Fashion in Russia: “Proving” that Muslim Women are Beautiful, Smart and Fashionable
Next Post 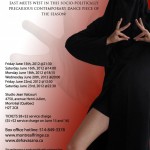 June 25, 2012 Re-Humanize Me: Risky or Repetitive?
Browse Our Archives
get the latest from
Muslim
Sign up for our newsletter
POPULAR AT PATHEOS Muslim
1