Ramadan: The Mother and Activist

Ramadan for me personally has always been a month of compassion, congregation and contemplation. However, last year in Ramadan, my entire days and nights revolved around caring for my then-one-month-old twins.

Time passed by like a whirlwind; I have vague memories of feeding, burping, changing, and rocking babies to sleep – all the while trying to maintain some semblance of spirituality. Just one Ramadan before that, I had all the time in the world to pray, attend congregational prayers and prepare scrumptious meals for Iftar gatherings. The Ramadan the twins were born, I went to the mosque once. This year, the girls turned one, and it is a constant juggling act – trying to fit in prayers, meals, quality time with God and visits to the mosque (which are a must for me – there is nothing that lifts my spirits more than praying in unison with my brothers and sisters at the masjid).

I chose not to fast last year due to breastfeeding and post-birth demands on my body – which was in itself an experience. I had never gone through an entire Ramadan without fasting, and I realized how the act itself lends to the atmosphere of the month – I felt excluded from the spiritual and festive moods of Iftar, Suhoor and taraweeh because I was not fasting. This year, I am still nursing but have been able to fast – it hasn’t been easy, with two other beings dependant on my body for part of their nutrition – but I’ve found that drinking copious amounts of liquids from Iftar until Suhoor, and eating the right foods, helps! So far, we’ve had at least one baby awake at each Suhoor.

It’s quite unpredictable, not knowing if they’re going to sleep through or not, trying to eat before the time is up and then getting the baby back to sleep without missing fajr! Having said that, the month is so brimming with mercy that these trials seem small in comparison to the blessings that abound: the atmosphere of generosity and celebration, the sharing of food and the fervour at the mosques, the heightened sense of God-consciousness that fasting provides, and the discipline to do extra prayers.

Ramadan in South Africa, and in Johannesburg particularly, is different from both other Muslim-minority countries and Muslim-majority countries. It is generally taken more seriously and not as festive as I’ve experienced in other countries, and also is more of a family affair than a community one, because traditionally, only men went to the mosques for Iftar, returning home for dinner with the rest of the family then going back to the mosque for Taraweeh. Another common practice is for groups of men who have memorized the Qur’an to gather at an individual’s home for night prayers, rather than at the mosque. This has changed somewhat over the last decade with the influx of immigrants and refugees, and the establishment of non-Indian mosques, as well as growing awareness amongst women about their rights to sacred space.

One thing that I always look forward to every Ramadan is an Iftar get-together with the women of our Quran halaqa (study circle) and their families. It’s also a month of mysteries, where most Muslims give up watching television and listening to music, as well start growing beards and wearing headscarves – which are all very fascinating to observe, with regards to the way people are driven towards ideas of reformation. Ramadan cuisine consists of many delectable savoury dishes, including samosas, pies and quiches filled with a variety of meats and vegetables,  which women spend months before Ramadan concocting, usually culminating in a frenzy of preparation in the weeks leading up to fasting. The logic behind this is that, if everything is prepared beforehand, it should (in theory) free up time that could be spent praying or reading Qur’an. There is a lot of emphasis on completing recitations of the Qur’an, and it is the one month where I firmly commit to reciting at least one entire reading of the Qur’an (in Arabic and English), as well pacing up my memorization.

Another important feature of Ramadan for me, as someone motivated to challenge gendered prejudice and misogyny, has been activism in the area of women and sacred space (which I’ve written about before on MMW).

It is during Ramadan that the debates in South Africa around women’s attendance of mosques and Eid prayers become intense and heated. These debates are centred on the idea that women cannot and should not attend mosques and Eid prayers as we are a source of fitna, and I have often found myself at the centre of these deliberations, pushing for greater inclusion of women. I remain committed to the ideal of equal access and participation for women in places of worship; becoming a mother has strengthened this resolve, as I wish for my daughters to grow up comfortable and welcome in our masjid. I may not make it to every taraweeh or Friday prayer, but I expect that when I do, I am included and involved. I am fortunate to belong to a masjid community that upholds this ideal (and even has a volunteer driven babysitting facility during taraweeh), but sadly I have experienced many other mosques that provide token accommodation for women and then preach misogyny from the pulpit.

I spoke about this issue with Quraysha Sooliman on the first fast; she interviewed me for a  show that she presents on ITV (South Africa’s recently re-launched Islamic television station) called “Finding Me,” showcasing the lives of diverse Muslim women. We spoke at length about various issues facing women in our community, particularly access to places of worship and Islamic education, dealing with the variables of culture, interpretation and authority. The interview will probably be aired in about six weeks’ time, and I look forward to sharing that with the readers of Muslimah Media Watch. 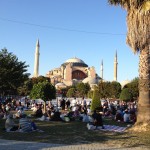 July 29, 2012
Some Background on MMW's Ramadan Series
Next Post 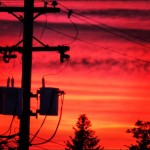 July 31, 2012 Fajr Ruminations on Ramadan in the Middle of Nowhere
Browse Our Archives
Related posts from Muslimah Media Watch