It’s been 20 years since the start of Bosnian war. All year, journalists have used this anniversary not only to revisit their coverage of the region, but also to highlight how communities and individuals continue to experience the aftermath of a conflict that uprooted families from their homes, saw widespread wartime sexual violence and resulted in the deaths of over 100,000 people between 1992-1995. Unprotected, a recent documentary by the Institute for War and Peace Reporting, looks at the harrowing experience of a Bosnian woman to highlight the way people are treated when called as witnesses at war crimes trials.

The full documentary is available on Youtube and embedded here:

Twenty years ago, the woman identified as Z.R. was raped, and watched as her family was murdered. In the first half of the documentary, she describes how, due to a lack of government support, she was forced to face the man who attacked her and her family, even though she was supposed to be a protected witness during the trial against him. She is still suffering the consequences of reliving that nightmare today.

The only “care” the State Investigation and Protection Agency gives to victims, according to Z.R., is simply driving them to and from the court. Protection for victims of sexual violence is nonexistent, and the documentary goes on to argue that the infrastructure to fully support victims and witnesses is missing. They have little or no protection, or proper access to medical, psychological and financial assistance needed to help rebuild their lives.

At the court hearing, Z.R. was placed in the same room as her attacker. The trial was supposed to be closed off from the public, but when she arrived, there were at least 15 journalists present, and the presiding judge allowed them to film part of the early proceedings. Protected information about the case and the victims was also offered during a pre-trial media briefing.

When she saw her picture all over national television, the reality of how little protection and support she had from the state hit home. That’s when she started living in fear, and she believes she will do so until she dies:

“We are victims. And judging from the ways war criminals are tried, one gets the impression that war criminals are more protected than the victims. I am the only survivor of the massacre of my entire family. Only God knows how I managed to survive. Today I live in fear, I want to kill myself. I don’t know what to do.”

According to research conducted by TRIAL (Track Impunity Always), an NGO that works with local associations to offer social services to victims, there simply is no system for witness protection during these war crimes trials. Even the president of the district court where Z.R. had her trial admits they don’t have, “a special room for protected witnesses where we can apply face distortion techniques and other means of protecting witnesses as we are required by law.”

Unprotected was made to complement a special report, Poor Protection for Balkan Trial Witnesses, that explains how this amazing oversight is caused by bureaucratic inconsistencies. One of the most serious problems is that the State Court is currently transferring hundreds of war crimes to local courts, “even though most of these do not have the facilities or resources to protect and support witnesses.”

Witnesses are obligated by law to testify — but because of these gaps in support, some “withdraw their testimony, not wanting to experience the trauma of court.” Z.R. identifies this clearly in the documentary, noting that while there was a psychologist on hand, she was not counseled on what to do when sitting just a few metres away from her attacker. After 20 years of survival, rebuilding her life and trying to move forward to gain justice for herself and her family, she was not even given the emotional tools to deal with the shock of that moment.

Amnesty International released a report earlier this year looking at the situation of survivors of wartime rape in North-East Bosnia-Herzegovina, and estimates that out of thousands of alleged crimes of sexual violence, fewer than 40 cases have been prosecuted by either the Hague International Tribunal or by local courts since 1995. That’s a staggering statistic.

While there are many documentaries celebrating and illustrating how Bosnian-Muslims, Bosnian-Croats and Bosnian-Serbs are trying to coexist and move forward together despite the region’s violent history and continued ethnic tensions, films like this are important as they add a truly human value to these horrible statistics and hopefully help international bodies and NGOs to put pressure on local governments to stop denying survivors their right to a protected justice. I can’t help but echo the documentary by saying things like this shouldn’t have to happen to victims and witnesses. 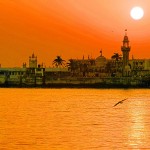 December 11, 2012
Women and the Talibanization of Shrines in India
Next Post 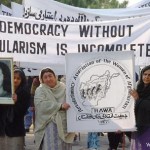