This post was written by guest contributor Nur Laura Caskey.

Once upon a time, back in the 90’s (so long ago for some, I know), there was a band called Salt ‘N Peppa that performed the song “Whatta Man.” The opening lyrics started with “I wanna take a minute or two/ and give much respect to/ the man who’s made a difference in my world.” Now, I want to bring this concept back, and not just for the sake of nostalgia. Let’s take a minute or two and give much respect to some of the Muslim women who’ve made a difference in our world. I’m talking about taking a quick breath from the overwhelming influx of news concerning the atrocities of French re-invasion of Mali, of Pamela Geller’s laughable recycled characterization of Islam as inherently misogynist while Euro-American Christians are presented as egalitarian saviors, and such continued horrific diatribes against women of color activists as this, and instead focus on something that just makes you want to smile and say “mashallah!”: this.

In the Fall of 2012, Zahra Billoo, director of the Council on American Islamic Relations‘ San Francisco Bay Area branch, put out a request using social media for Muslim women speakers. Within a short period of time she was able to compile and publish a list of female speakers competent in a variety of topics for Muslim programs. In addition to this, Billoo has made an effort to bring awareness of the lack of women’s voices to event coordinators’ attention and provide them with this list so as to better inform them and circumvent oft-resorted-to excuses of there not being any qualified female speakers. At the time that I saw Billoo’s request come out on Facebook (I feel too technologically apathetic to be able to competently manage both a Facebook and a Twitter account, so I just stick with Facebook), I was ecstatic that someone was actually taking the time to address such a crucial need.

Billoo’s call via email, Facebook, and Twitter for self-referrals, and for others to refer Muslim women they felt qualified enough to speak on panels covering different topics of interest to the American Muslim community at large, garnered a response of over 250 submissions and additional comments of appreciation and support. To me, this underlines the great need within the Muslim community for a paradigm shift away from the existing male-dominated platform, and the community’s own desire to make this shift. When I interviewed Zahra Billoo about why she decided to create this list, her response was on-point:

The woman has a point. I mean, think about it: American Muslim figures such as Usama Canon, Zaid Shakir, Hamza Yusuf, and Amina Wadud have all at some time or another brought up the importance of having leaders who can  relate to the people they’re teaching – yet the line-up cited here alone shows the dire need for more attention to female voices. To bring Billoo’s point back home, how many female Muslim leaders do you know of? And how many female Muslims are being addressed by them?

These are important issues to keep in mind with whatever we do as Muslims. What Billoo’s list has brought out into the open is that these female Muslim leaders are actually there; they exist all around us and yet so few of us – even women – are aware of their existence. Muslim women the world over have constantly been working and are still working to uplift their communities and their image, wherever they may be. I myself spent six months in the fall of 2012 brought to my knees in awe while interviewing Muslim women in impoverished areas of Accra, Ghana who were involved in the self-started organizations of the Federation of Muslim Women’s Association in Ghana and the Mother’s Club in Development of Nema. These women set up schools and improved sanitation, women’s rights, female literacy, health awareness, and vaccination programs in their communities just by using what little time or resources they had and dedicating themselves to changing their conditions. Sometimes this was all on their own with no outside help or assistance from men, and sometimes it was accomplished by utilizing imams, priests, and other allies similarly dedicated to their causes; either way, the amount that they were able to accomplish with little more than the dedication to achieve their goals even in the face of seemingly insurmountable odds was, for me, a testament to what those of us with so many more resources available to us should be able to achieve.

Even if we only had Billoo’s list to go on, that alone could show that out of the networks and acquaintances of just one Muslim woman, 288 women are present and willing to speak up and be involved in creating a more holistic representation for the Ummah. Imagine how many names of qualified female speakers would be available for reference if each Muslim woman made a similar dedication and outreach! The Council on American Islamic Relations itself is an example here in the United States of an organization that has, as Billoo put it, “prioritized amplifying Muslim women’s voices” and has succeeded in doing so; given the opportunity, there are plenty of women able and willing to take on the challenge of leadership positions and run with them.

However, the space must be given for them to do so in various settings, along with a greater awareness of their presence and respect for their abilities. In my interview with her, Billoo noted that

“challenges have often been external. For example I specifically recall a panel last year, during which I along with two other women presented ‘know your rights’ material, where the organizers received a note asking why they were unable to find men to speak to the group. A related challenge is access; in a community where the leaders in recent years have been primarily male, gaining access to the conversations and people making decisions sometimes requires being in male spaces.”

Admittedly, this can be daunting. Yet, revolutions are comprised of many small parts and many small actions, not one large push. To take the time and make the effort to address little things you notice are wrong – a lack of female representation in leadership, a lack of diversity in ethnicity or age in places of worship or in hiring, or just your own personal preferences favoring such things – are what being a true human being (call it Muslim, if you will) is all about.

Issues of gender equality are a touchy subject to address head-on in our community due to a long history of excuses centered around ideas of Muslim women’s “rights” being used as springboards into full-fledged Islamophobia, racism and colonialism (refer back to Geller’s comedic vilification of what she believes to be Muslim misogyny in favor of European Christian misogyny, or the disturbing self-righteously racist “Mike” short story). However, they are most definitely issues that need to be addressed in our community – by our community. And as the example of Zahra Billoo, the women who signed up to be on Billoo’s list of female Muslim spokespersons, and countless other women the world over have shown, it doesn’t take much to actually do this. Just small, simple, determined individual steps done by many people over time can begin to change things. So take a moment or two to give a “mashallah!” shout-out to these amazing women – amazing in that they are doing what should be so normal and natural for us anyway – and begin looking into what small modifications you can make in your own sphere of influence to try to change things for the better. 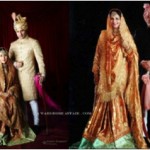 February 27, 2013
Of Indian Marriage Laws and Conversions: The Case of Saifeena
Next Post

March 1, 2013 Friday Links | March 1, 2013
Browse Our Archives
get the latest from
Muslim
Sign up for our newsletter
POPULAR AT PATHEOS Muslim
1

Is Hajj for Muslims the Same...
Ask A (Born Again) Muslim
4