Hijab and the Boston Bombers

Ladies, let’s be honest: hijab is a tired topic for us Muslimahs. We still debate, discuss, and attempt to define it, but pretty much everything has been said at some point or another. But for some, it apparently never gets old. And now, with the narrative of radicalization of the suspected Boston bombers unfolding in the media, inevitably a focus has been placed on the women in their lives. Spoiler alert—they’re hijabis.

The world is scrambling for details about the story of the Tsarnaev brothers. Sensationalism sells, and any detail about the lives of these brothers is media gold. Anyone who had any connection to the family, however tenuous, now has a platform with worldwide reach. Salon recently published a piece entitled “The Tsarnaevs and Me,” written by a “writer and yoga teacher” from the Boston area who used to get facials from the Tsarnaevs’ mother. Meanwhile, the Daily Mail has a lengthy piece devoted to the widow of the elder Tsarnaev brother, which frames her conversion to Islam as a story of “good girl gone bad” with the oh-so-subtle tagline of, “How [a] doctor’s daughter became the Muslim convert widow of [the] Boston bomber.”

She had the world at her feet! She was a doctor’s daughter! According to the Daily Mail, “hers is a background steeped in the values of family and education”!

And she threw it all away to become a Muslim.

What emerges from these stories is a frustrating portrayal of Muslim women as a scary Other, and of Islam as a cyclone of terrorist ideology that sweeps up innocent, promising young American women. And the hijab is at the center of those portrayals.

In the Salon piece, the writer outlines the reasons that she stopped visiting the Tsarnaevs’ mother for facials. One of the main reasons she cites is the mother’s “increased religious zeal.”

What did this “increased religious zeal” look like, you might ask? Well, the mother fasted often. So that was suspicious. She also occasionally mentioned “Allah.” Scary. And finally, after a few years of receiving facials from the mother at both a spa and at the Tsarnaevs’ home, the writer observed for the first time the mother going outside. And before she left…she put a scarf on her head.

I can’t help but feel sorry for this writer, as her story gives me the impression that she has had very little interaction with anyone outside her insular American culture. While describing herself as “a writer” who “tend[s] to ask people exhaustive questions about their personal lives, especially as interesting a character as this,” she offers little to back up the characterization of the Tsarnaevs’ mother as an “interesting…character” except the description of her religious practices. Explaining her reaction to the hijab, she writes, “She had never worn a hijab while working at the spa previously, or inside the house, and I was really surprised.”

As I read this, I found myself wondering why, if she was such a thorough questioner of the people around her, didn’t she just ask the woman why she wore a hijab outside? It would have been a pretty simple answer (obviously, most hijab-wearing women don’t wear the hijab in their homes or in environments where only other women are present…like a spa). And it struck me as sad that she, as a thorough questioner, had never met another Muslim woman before in her life to whom such questions could be directed…and, I mean, she lives in a major metropolitan area. There is no shortage of Muslim women in the Boston area, and I’m sure many, if not most, of them would have been all to happy to explain the significance and protocol of the hijab (or at least, their interpretation of them).

But what’s even more troubling about the way the Salon article handles the hijab is that it suggests that putting on the hijab is an indicator of a downward spiral into dangerous radicalization. The writer implies that the Tsarnaevs’ mother had only recently put on the hijab (when in reality, since the writer obviously didn’t understand the possible protocols of wearing the hijab, she had no way of knowing when the woman had started doing so). The hijab is tied up in the writer’s narrative of the Tsarnaev mother’s supposed slide into fundamentalist Islamic religiosity—and devout Muslims are scary.

This is a theme that continues in the Daily Mail‘s article. This piece is especially upsetting to me as a convert to Islam, as a hijabi, and as the wife of a man from a Muslim country (Saudi Arabia). Even without the sensationalist element of being the wife of a bomber, the simplistic narrative that this article spins is likely one that any outsider or passing acquaintance could easily apply to me or any number of women I know.

First of all, the article gives absolutely zero agency to the woman it discusses. To read it, you would think that her only reasoning behind her conversion was the pressure from her husband. I’m going to go out on a limb and guess that any female convert to Islam who is also married to a Muslim man has run up against the frustrating assumption, whether from fellow Muslims or from non-Muslims, that the only reason she converted is so she could marry her husband.

Multiple school friends testify to the Daily Mail that “she was just this all-American girl who was brainwashed by her super-religious husband.” Beyond the “she only converted because her husband made her” trope, the paper itself runs with this “all-American” angle, choosing a tagline for the article that reads, “Yearbook photos reveal her transformation from all-American girl.”

And what is the apparent final farewell to one’s “all-American” status? Putting on the hijab, of course. Her bright, smiling high school yearbook photos—with her hair on full display—are splashed throughout the article, contrasted with current dour-faced photos of her as she leaves her home and gets out of her car, dressed in black pants, a black coat, and a leopard-print hijab (and obviously these are post-bombing photos taken by relentless paparazzi, so naturally she looks distressed and upset).

The paper continues to highlight the woman’s “transformation” within the context of her decision to wear the hijab, stating that by the time she was 21, she had “converted to Islam, hidden her tumble of chestnut hair beneath the hijab, and undergone a change so profound that today few friends profess to truly understand it.”

As I read the numerous reports of her “change,” I found myself wondering how she changed. Did she shun the friends she had before she converted? If not, did she proselytize with her friends while she was with them? Did she adopt and share new life philosophies inconsistent with what she believed before?

Maybe she did. But there is no real discussion of how this “change” actually made itself apparent, other than the fact that it involved the hijab. By this standard, I too sacrificed my American-ness in the name of religion—although that was something that I never intended (and still do not intend) to do. I consider myself pretty much the same person that I was before I converted, aside from my headscarf and preference for turkey bacon. But apparently, the strategic placement of a scarf is all it takes to shun one’s nationality.

As the media continue to scramble for details about the lives of the Tsarnaev brothers, the secondhand stories of the women who love(d) them will inevitably be put on display. And even in the unlikely event this is the end of the speculation about the lives of these women, what we can see clearly in the stories that have already been published is that to many, the headscarf remains a powerful—if completely false—indication of an inherent condemnation of America and simultaneous embrace of the identity of a scary, dangerous Other.

As a hijabi who still very much considers herself an all-American girl, I sure wish someone would have told me all that sooner.

April 23, 2013
Colours and Voices: The International Museum of Women Muslima
Next Post 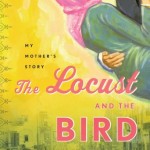 April 25, 2013 The Mother and the Motherland in Arab Literature
Browse Our Archives
Related posts from Muslimah Media Watch