The Subtleties of Being Caught in the Crossfire

The Subtleties of Being Caught in the Crossfire April 2, 2013 Guest Contributor

This post was written by guest contributor Amina Jabbar (@AminaJabbar).

In a recent article, “Muslim women are caught in the crossfire between bigots on both sides,” Sara Khan thoughtfully maps the spaces that Western Muslimahs negotiate. Muslim women, on one end, are more likely to experience Islamophobic violence than Muslim men. In the UK, Khan notes, as much as 54% of the violence is perpetrated by those with links to the British National Party (BNP) or the English Defence League (EDL), groups that fall on Britain’s far-right. On the other end, Khan notes that Muslimahs often live with patriarchal, religious edicts from the not-so-different extreme corners of some Muslim communities. In the end,

“Stuck between a rock and a hard place, some vulnerable Muslim women experience victimisation on multiple fronts: they face violent anti-Muslim attacks at the hands of racist bigots, and encounter gender discrimination from within their own communities.”

In my experience as a queer-identified, brown, Muslim woman in Canada, the vast majority of my encounters with homophobia, sexism, racism, and Islamophobia have been far more subtle than the incidents Khan describes. Yet, while nuanced, those moments are often no less painful because they frequently originate, not from “extremists” or the “bigots,” but from communities I belong to and people I love.

In this post, I walk through two articles that speak to those subtleties. In the first, Rahim Thawer recounts and analyzes a racist, Islamophobic drag performance. The second article profiles Maryam Basir, a New York based model and Muslimah who experiences the subtexts of sexism in the reactions from some Muslims to her career. In contrast to mainstream media representations of oppression as something more extreme, both articles offer broader understandings of how people experience racism, Islamophobia, and sexism and further remind us that oppressive attitudes exist close to home and often within familiar spaces.

Rahim Thawer, a social worker and activist in Toronto, was at Woody’s, a well-known bar in city’s LGBTQ neighbourhood, back on December 16th, 2012. His reaction to a racist, Islamophobic drag performance that night appeared days later in the Huffington Post. Donnarama, a famous Toronto drag queen, performed in a pseudo-burka and a bindi, with bombs attached to her abdomen, complete with choreography suggesting gun violence and explosions. In Thawer’s post, he aptly responds:

“This performance is nothing short of hate speech, racism, and violence. Yes, sitting in my chair, sinking in deep, and looking around to see the mix of applauding and blank stares I couldn’t have interpreted this event as anything other than an act of violence. A community icon basically assaulted me (and the entire queer Muslim/racialized table I was at) and then my queer community sent me the message that this was okay.”

The media reactions that followed, a small handful at best, didn’t characterize the performance as seriously problematic. Instead, much of the commentary seemed to hide behind superficial arguments about freedom of expression, without any analysis of political, social, and structural contexts. Donnarama is not a poster child for the far-right in Canada. And the incident didn’t seem to sustain any broader, louder conversations about racism, sexism, and Islamaphobia in the LGBTQ community. While disappointing, this isn’t entirely surprising. Ultimately, the performance reflects how oppressive attitudes can sink deeply into communities that we otherwise may consider “liberal,” and become normalized to such a point that they may even be celebrated.

The second article, by Zev Chafets, offers an account of Maryam Basir, New York model and Muslimah, and a subtle view of sexism within Muslim communities. Basir’s experiences illustrate the tensions that exist between her firm, personal identity as a Muslim woman and others that don’t see her occupation as legitimate within the context of Islam. Chafets writes:

“A few years ago, Ms. Basir received a Facebook message from a woman who identified herself as Hadiza. ‘We are both sisters in Islam,’ Hadiza wrote. ‘You are sending the wrong message to young Muslim females, as well as the non-Muslims, all over the world. The youthful Muslim women and non-Muslims admire you because of your position … Why are you lowering yourself, to become famous or selling your body and your soul for worldly gain. Islam is a religion of modesty.’”

I don’t think Hadiza was expressing an opinion that belongs solely to “radical, extremist Muslims.” In fact, the message smacks of the same long lectures I got from my mother in high school. “Those pants are too tight! That shirt is too short! What are the Aunties and Uncles going to think?! What impression do you want to give to the world when you’re on the subway?!”Fancy that my younger brother was never subjected to those same lectures or sunset curfews. Hadiza’s Facebook message to Basir carries a sexist subtext, alluding to the expectations bestowed upon Muslim women to always carry themselves as representatives of the faith and as models of purity. In other words, whether willing or unwilling, Muslimahs are being asked to live to a higher moral standard for the sake of upholding the Islamic identity and image.

Basir’s response to the sexism is sharp, unapologetic, and public:

“What would you want for me sister, to stop modeling and acting, move back to the small town that I grew up in, get married and have kids, pregnant and barefoot, as long as I am covering my hair and not asking questions? If that’s what you believe to be right, do it for yourself … I am not one of those people (like so many who I have met) who have abandoned my Islam because of people like you who try to make someone feel as if they are not Muslim enough, or Arab enough…”

The article doesn’t mention if Basir has ever felt hurt by the judgements. Yet, her resolve to live as a “Model Muslim” in the face of resistance is clear and provides an interesting, daring example of the range of possibilities that exist for Muslim women.

Thawer and Basir offer snapshots into the subtleties of racism, Islamophobia, and sexism that help us think of oppression in bigger, broader terms. In contrast, much of the mainstream media discourse of oppression is limited to blatant, stark forms that also describe the perpetrators as extreme. The media, for example, largely identifies Trayvon Martin’s murder as racist but also describes the accused, George Zimmermen, as a vigilante. The perpetrator of the tragic Sikh Temple shooting in August 2012 is largely characterized as an “ex-Army, white supremacist” without any critical analysis of where his racist ideologies came from.

Khan’s article, the one which began this post, shares the same issues; If we focus upon the fact that the vast majority of anti-Muslim attacks upon Muslimahs are perpetrated by supporters of Britain’s far right, then we lose sight of the subtleties that Thawer describes along with understanding that Muslimah women likely experience Islamophobia daily, in a myriad of ways, across different contexts, and through their interactions with a range of people that represent the political gamete. If we attribute sexism in Muslim communities to the “extreme, fundamentalist” clerics, then we may be unable to identify the subtexts of sexism within the judgements we make about Muslim women like Basir.

In other words, appreciating the subtleties offers a means of acknowledging that we, as a society, often and inadvertently cultivate the same conditions that are conducive to the blatant acts of oppression that we then vehemently condemn. Mainstream media must become more adept at facilitating deeper, complicated, and nuanced conversations about subtle, systemic forms of oppression. Without it, we’re left scratching our heads about the origins of bigotry and hatred, all the while ignoring that their seeds are firmly embedded within our grasps.

April 1, 2013
Nahdet Masr: Woman, Sphinx, and the Question of Modernity
Next Post 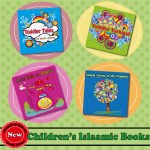 April 3, 2013 Toddler Tales: Review and Giveaway
Browse Our Archives
get the latest from
Muslim
Sign up for our newsletter
POPULAR AT PATHEOS Muslim
1

Muslim
“Why Helpless?” Victims of Racist Attacks Are Not...
Muslimah Media Watch
TRENDING AT PATHEOS Muslim

America Leaves a Mess Behind in Afghanistan-Again
We have all seen the chaotic scenes of Afghans trying to flee...
view all Muslim blogs
Copyright 2008-2021, Patheos. All rights reserved.