Late last year, Aceng Fikri, a district chief in the West Java province, ignited public uproar when news leaked that he had divorced a 17-year-old teenager, Fany Octora, via text message. Aceng had married Fany for only four days in an unregistered ceremony as a second wife. According to his lawyer, Aceng complained that Fany was not a virgin as she had said she had been. Aceng also complained that he had spent 250 million rupiah ($26,000) on their wedding and additional expenses to enrol Fany in a college, according to AFP reports, and demanded the money back. Following the high profile case, an anti-corruption agency accused Aceng of having been involved in seven graft cases in his district.

Then in February this year, another graft case surfaced, this time involving Indonesia’s high-ranking police official Djoko Susilo.The Corruption Eradication Commission (KPK) suspected that in an effort to launder his money, Djoko had used the name of his second wife, 23-year-old Dipta Anindita, to purchase luxurious properties. Djoko had married Dipta using a fake identity when the former beauty queen was 19 years old, as government regulations prohibit state officials from engaging in polygamy.

The name of another young woman also surrounds a more recent graft case that draws in the Prosperous Justice Party (PKS), one of the country’s leading Islamist parties. KPK has summoned Darin Mumtazah, a high school student who is suspected by the media to be the fourth wife of one of the main suspects in the case, and PKS’ former president, Luthfi Hasan Ishaaq, as a witness.

The issue of unregistered marriage or nikah siri has long been debated in Indonesia. While such marriage may be considered valid in Islamic jurisprudence, the practice is frowned upon because of its adverse impact on women. Because they do not own marriage certificates, women in nikah siri marriages are usually not able to claim their marital rights, including the rights to jointly held properties. This loss of marital rights eventually also affects children born of nikah siri marriages.

It concerns me that young, beautiful, urban women like Fany, Dipta and Darin could let themselves fall into the trap of unlegalized marriages with men who were nearly twice their ages and had corrupt tendencies. Although monetary considerations seem to be the main reason behind many cases such as these,it cannot be generalized for all nikah siri cases. Dipta, for example, was born and raised in a wealthy family.

Unfortunately, most of the media reports in these cases only ended in tabloid-type stories that focused on how these women were victimized and how much wealth these women had accumulated before their (ex) husbands’ crimes were exposed. There were hardly any discussions to glean further information – and with these women as central figures – that lead to lessons learned to prevent more women from getting into such disadvantageous relationships. Moreover, in the rare discussions about nikah siri cases, the media always seemed to ‘forget’ to mention that celebrating a marriage in a walimah is a highly stressed sunnah and thus, the practice of nikah siri is practically discouraged. A combination of disproportionate accounts of women in nikah siri cases and incomplete Islamic information on nikah siri by the media have partly perpetuated the association of Islam as a religion as a misogynist religion, and don’t show women the range of rights that they have in such cases.

A good and happy marriage can be a strong foundation to a society. Meanwhile, the task of choosing a good husband is getting increasingly difficult for Muslim women in this day and age. It is imperative that the media take some responsibility in informing the rights and risks that women face in a marital relationship, legal or otherwise.

Otherwise, as the cases above have shown, what started as a dream of marital bliss can quickly deteriorate into a soap opera nightmare.

June 27, 2013 Mothers, Brainwashed Wives and Tomboys: Muslim Women in Armed Conflict
Browse Our Archives
get the latest from
Muslim
Sign up for our newsletter
POPULAR AT PATHEOS Muslim
1 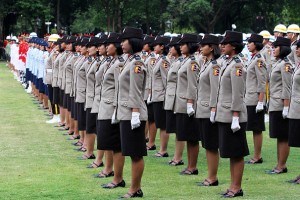 Muslim
Why does an Indonesian woman need to be...
Muslimah Media Watch 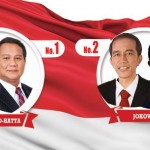 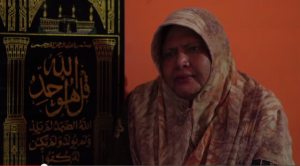 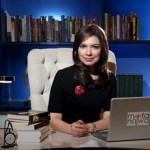