A Ramadan Journey through Sri Lanka

Last summer, I was on a journey spanning the northern, eastern and the south-western parts of Sri Lanka. On the first day of Ramadan, I found myself in the heart of the country: Kandy, the site of the middle Kingdom.

Tamil and Muslim Minorities make up almost 20% of Kandy City. Most of the former are hill-country Tamils who have endured a history of discrimination. The British initially brought Tamils from India to work in the tea plantations, and since the post-colonial period this community was considered a colonial import and denied citizenship rights by the state. Later political developments restored these rights in the early 1960s.

As I spoke to some of the hill-country men and women who were working at a plantation, my first day of Ramadan was filled with stories of everyday struggles for better standards of living, and hope for a brighter future. When time came for me and my team of colleagues to leave, it started raining quite hard outside the small meeting area within the tea factory where we had gathered. We bade lingering farewells and well-wishes and dashed out to the awaiting minivan. One of the managers ran after us and gave me a bag of freshly baked goods. I was mildly surprised, since I never told anyone what day it was.

It was a few minutes before sunset; I hadn’t quite realized.

As we drove back to the mansion lodging where we were staying, the van took a dip at a gully and braved a sharp bend. We braced ourselves every single time it took a turn, since a plunge into the abyss of a nameless valley awaited us if the turn wasn’t successful. It didn’t help that what any sane driver would consider one-way lanes were turned into two-way lanes depending on the whims of the roadway gods – which sometimes put us in the path of oncoming traffic.

Despite the all of this, we could still see these roads, meandering through the hills and through field after field of luscious tea groves, as they seemed to hang out off the heavens in the downpour.

Something else sprung me out of the simultaneous reverie and moments of trepidation and I sat bolt upright on my seat, as the driver tuned the radio to a station from which the adhan, the call to prayer, sounded. It took me a decade back, to my childhood. One of the local community guides who had been escorting us around town, turned around to look at me. She had a knowing smile, and a twinkling in her eye, as if to say – it is time now, isn’t it?

Was this home? Maybe this is what it feels like.

Here we were – a van full of Sri Lankans and Canadians, a Sinhalese Buddhist, two Catholics, four Tamils, two Muslims – not just tolerating a tradition, but enabling it, making space for it. Letting it breathe and live. This was the Sri Lanka of my childhood, the one I knew and was hard pressed to find in many of the narratives I’ve read since.

While in Kandy, we had the opportunity to visit one of the most celebrated sites in the Island’s Buddhist tradition, the Dalada Maligawa or the Temple of the Tooth. It is located within the City’s royal palace complex, and houses the relic of the tooth of Buddha. Needless to say, I was pretty stoked to visit this place.

As we approached the gates, one of the guard-ladies promptly let us know that one must remove head coverings before entering the temple. It sounds reasonable enough in retrospect, but at the time it was a little hard to process.

Coming from Quebec, where the question of “Reasonable Accommodation” loomed large over our heads some years ago, I immediately associated such sentiments with misplaced political concerns and Islamophobia. I’ve never felt more uncomfortable in my own skin, and out-of-place.

Some of my colleagues – a bunch of amazing young Sri Lankan Canadians – tried to explain and finally resorted to either leaving the premises or entering it to seek the counsel of a Thero (the term for a fully ordained Buddhist monk or nun). I have since come to understand that this has always been the rule at the temple, and that my aunt, when she was a schoolgirl, had to remove her hijab, along with her schoolmates, in order to enter this sacred premise. It was quite the norm, apparently.

I guess I might never come to see the grand interior of the Temple of the Tooth.

As we journeyed down south to the scenic port-city of Galle, we took a walking tour around the famous Galle Fort, a must for any visitor. As we moved through the charming old-city in its proximity, a grand old mosque materialized, complete with pristine white walls, and curves hinting at colonial architecture.

Unfortunately, here was another sacred space that I would not be allowed to step into, with or without a hijab. While there are mosques, particularly in certain rural parts of the country, where women are “accommodated,” the adopted norm in the Island is for women to pray at home, making most mosques almost exclusively male-only spaces.

It was Asr time. Thank God, I had shortened it to pray earlier, before I left for this leg of the journey.

“The past is a foreign country: they do things differently there,” said L.P. Hartley. It certainly was the case that the more I explored my country of birth, the more foreign it – or I – seemed to become.

Rest assured that this is not a sad manifesto of abandonment. I remain loyal to the incomparable lavariya (sweet string hoppers) and buffalo curd start to the fasting day and the umpteen amount of fried cutlets and rolls during its break. Not to mention the wattalappam, awaiting at the end of it all.

However, I spent much of the rest of Ramadan unpacking how “they do things differently” and coming to terms with why “they” are not always “I”. I came to the conclusion that the condition of cultural hybridity, inevitably, makes one a visitor in her own home sometimes – and the seeming incommensurabilities are not there to be overcome, but to be worked through and negotiated, constantly. 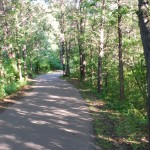 July 29, 2013 Introspection: On Ramadan Solitude, Gratitude, and Goals
Browse Our Archives
get the latest from
Muslim
Sign up for our newsletter
POPULAR AT PATHEOS Muslim
1