Ramadan Thoughts On Muslimness and Indigeneity

For the longest time I have been pondering what, if anything, makes me Muslim. Is it the shahadah? Is it pure belief in the divine? Is it community acknowledgement? Is it the fasting and tarawih prayers during Ramadan? Or is it the fact that I have somehow forced myself in other Muslims’ lives by writing in sites like MMW?

The question is timely. I do not think I am the only one who wonders about this. Whether converts or born-Muslims, I seem to always end up having the same conversations with friends… are we “real” Muslims? And if so, are we doing it right?

A few months ago, as I prepared to join Indigenous women in Ottawa to mourn the murder of Cindy Gladue (a legal case that reminded us of how little are Indigenous women cared for in Canada) I had one of those very telling conversations with my mother. You know, she is always glad when I support Indigenous sisters in this country; those sisters whose lives continue to be constrained by colonial systems of oppression, and whose challenges resemble those of our own people, our own Indigenous women… our own family.

I am the daughter of a mestizo man who has chosen to convert to Islam. For someone like my mother, whose identity has been shaped into an Indigenous activist and intellectual over the years, and whose experience of oppression has followed her from southern Mexico all the way to Northern Canada, this is not easy. The fact that I grew up with my dad for most of my forming years is also a challenge since, you know, I grew up as “white” in an atheist household. Thus, I have had to delve into my Indigenous identity. I have had to look for it and try to shape it according to what others have told me that it is like to grow up as Indigenous. And while for my mother joining Indigenous women in protest and resistance is a step in the right direction, being Muslim is somewhat of a “misstep.”

“You may practice Islam for whatever reason. But that’s not who you are,” she said. Instead, she still hopes I will put as much effort into “being Indigenous” as she thinks I have put into “being Muslim.” Perhaps spend some time in her hometown, maybe learn the language that I never acquired, become familiar with the literature, the myths, the culture, the politics, the matriarchy… You know, performing Indigeneity with more than my writings about identity.

It bugs her that I am still Muslim. Seeing pictures of me in hijab (when I wear it in the mosque), hearing of me fasting or receiving hand-made Ramadan cards with drawings of traditional Tehuana flowers in the mail just trigger her.

After my partner’s death, I think my family had hoped I would just quit the “Muslim nonsense.” The fact that much of the community turned its back on me was not surprising for my family. At the end of the day this so-called community has no responsibility to me since I am not “really” Muslim. Muslims had a responsibility to my partner, who was the real deal, but not to me. For much of my family, practicing Islam and being Muslim are two separate things that do not intersect.

Part of it is my fault. I never really talked identity with my family. My internal struggle always remained private and secret until pretty recently. I never talked religion either… I knew what the reaction to my “religion shopping” would be, and it was not pleasant. It took me years to finally come clean to them… Yet, if I had become Catholic, I do not think they would have been so shocked. At the end of the day, it is familiar… there is heritage… a colonial one, but heritage. But to become Muslim calls into question my motives. Was it because of a man? Was I so lost in terms of my identity that I had to go elsewhere and look for a new one? Was I trying to be “Arabized”? Were my mestizo and Indigenous communities not enough? Or, am I trying to get rid of my Indigeneity through the adoption of a new culture?

And though we converts to Islam often dismiss these criticisms as “ignorant” and refuse to give them the benefit of the doubt, they are painful reminders of the complexities of identity and belonging. I consider myself a practicing Muslim, and despite all, I have now a community that is not only diverse and in many ways “broken,” but that, in my mind, has also helped me opening up to my Indigeneity through its complexities and brokenness.

But during Ramadan the question prevails. What makes me Muslim? For the past six years, Ramadan is one of the times when I truly get to “play Muslim.” I perform my Muslimness through ritual, community and just the overall cheer (and exhaustion) of the season… and I pretend, for 30 days, that Ramadan is the assertion of that identity. But Ramadan is also a reminder of the ways in which my Indigeneity has been downplayed, and the pain that this brings to my mother. These days it represents the loss of language, the lack of attachment to my traditional land, the struggle to “feel” Indigenous, the uneasiness of not being part of my mother’s community and the overall discomfort of knowing that I am partly responsible for this loss of identity…

Ramadan brings more questions than answers. Does performing Muslimness take away from my Indigeneity? Does being Muslim still leave place for anti-colonial resistance? What if the Muslimness takes over? What if it further colonizes my mind? And if so, what do you about that? Will I be able to fight it?

July 8, 2015 Failing Ramadan? On Fasting and Being “Non-Practising”
Browse Our Archives
get the latest from
Muslim
Sign up for our newsletter
POPULAR AT PATHEOS Muslim
1 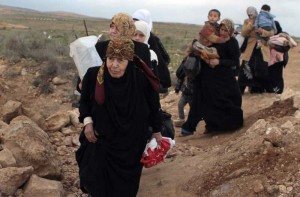 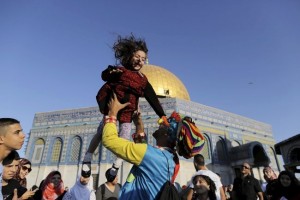 Seven Antidotes to Anxiety
The ancient Stoics believed that we suffer more from imagination than from...
view all Muslim blogs
Copyright 2008-2021, Patheos. All rights reserved.