Dancing in Ramadan, Tapping into Prayer

The teacher who had come from out of town to lead a few workshops several years ago was talking about tap dancing, but as she spoke, what I was hearing wasn’t advice on how to dance.  What I heard was advice on how to pray.

I had been Muslim for a while at that point, and had been praying regularly for even longer (long story). At the time that this dance teacher was in town, I’d been finding myself often overthinking things while in prayer: was I pronouncing the words properly? Did I even have the right words?  Which surah should I recite next? Was this the third rakat, or the fourth?  Were my hands/feet/elbows all in the right places? I knew that these thoughts were getting in the way of me actually focusing on the prayer, but I wasn’t sure what to do about it.

I’m not going to pretend that my prayers were all magically better after that one pep talk – far from it; I still often struggle with being fully present – but the teacher’s words gave me a metaphor to use to help me work past all the overanalysis.  There is a time to learn more or to think about whether I’m doing things right, but this is not that time. Right now: just dance. Just pray.

Up until that moment, being a tap dancer and being a Muslim had both been important to me, but they were entirely distinct from each other. I had been tap dancing for about 15 years by then, so it was something that had been part of me for a long time, and although Islam was a more recent thing, it was also feeling more and more natural in my life. But I didn’t really have any way to think about the two of those things together. The teacher’s words opened up not only new ways to think about prayer, but new ways to think about what it might mean to be a Muslim dancer, a dancing Muslim – all at the same time

This came up in a different way a couple years later. I had started going fairly regularly to a Sufi centre, and was captivated by the beauty of the dhikr and the songs that people sang. When a friend asked me what it was that I got out of my experiences there, I told him that for me, it wasn’t the words that were the important part.  It’s not that they were irrelevant, of course. But what I loved the most was seeing all these people come together with their overlapping melodies and rhythms, using voice and percussion and movement for the sake of creating something beautiful. It was the act of honouring God through that collaborative creation of beautiful sound that really struck me.

I realised, in saying this, that in many ways it was my music background – dance especially, but also the years of playing piano, and of singing, whether in school choirs or on long car trips, among other things – that was helping me to appreciate the beauty of this dhikr. In fact, the years that I have spent tap dancing, focusing on sounds and rhythms down to often very minute details, and needing to learn choreography quickly and precisely, have helped immensely when it comes to learning things by ear. I can pick up Qur’anic verses and devotional songs surprisingly quickly, even though I don’t always understand every word. But it’s not only the skill of memorisation where my dance training has helped – this training has also given me an appreciation for sound and rhythm, and for the beauty of these things, that helps me love and absorb the melodies of Qur’an and dhikr in really profound ways.

Up until last year, I had taken Ramadan off from dance classes. It seemed like too much physical activity to do while fasting, and most of my classes had been on a drop-in basis, so it wasn’t a big deal to miss a month. Last year, Ramadan began just over a month before my dance group was performing in a show, so I didn’t have the option to skip out.  I was nervous about what two hours of intense dancing would feel like at the end of the day of fasting, right before sunset.  I knew the choreography inside out, but would my body be able to handle it?  Thankfully I was fine, if a little thirsty and tired by the end.  Still, I saw the coinciding of the two – dance classes and Ramadan – as more of an inconvenience than anything else, something I just had to get through because I couldn’t get out of either.

I think this year might have taught me something new, although I’m still working on fully putting it into practice.  We’re currently learning choreography for our next show, so once again, I can’t really skip out on the dance classes.  I went to class on the first day of Ramadan – my first time back after a month of traveling.  I was worried not only about being tired physically but also (and especially) about my mental abilities to learn new routines and remember old ones, at the end of the long fasting day.  I could feel that I was tired, and down to my last brain cell.  But – surprisingly – I was okay.  Maybe even better than okay.  While I did miss a couple steps, and there was one part of one routine that we all forgot, I actually felt clearer on a lot of the choreography than I ever had.

It occurred to me that fasting, in this moment, was protecting me from all of that overthinking that the teacher had talked about several years ago.  After a full day of fasting, I just didn’t have it in me to overanalyse what I was doing – and it turned out that I still knew what to do, without being clouded by internal questions about whether I was doing it right, and which steps came next.  I could just dance.

Since that night, I’ve been looking at the Ramadan-brain-fog in a new way.  Maybe the fuzziness that creeps into our minds (well, mine, at least) while fasting is not only an annoyance that we should try to avoid or overcome.  Maybe it can also be a way of quieting my brain, and (at least temporarily) closing off some of the constant questions and analysis running through my mind.  There is a time for those, of course, but sometimes you need to leave them behind to just be in the moment.

July 23, 2013
In the Halls of the Hospital: My Decision Not to Fast this Ramadan
Next Post 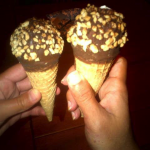 2 responses to “Dancing in Ramadan, Tapping into Prayer”