Continuing our tradition of sharing reflections on Eid (see our posts from Eid-ul-Adha last year, in two parts, and from Eid-ul-Fitr this year), today we’ll be posting four reflections from Eid last week, written by Eren, Izzie, Krista, and Shireen.

All my life, I have enjoyed Eid. As a child, it used to be about waking up early and getting dressed in my brand new dress. Once I became an independent adult woman who realised she in fact could go to the mosque, I started doing that. Though women in my family didn’t go to mosques, they still were liberal enough to allow me to do so. So I used to visit the Eid Gaah alone, be it in the city I worked or in my hometown, wherever I would be that particular Eid.

After my marriage into a Salafi family that encourages women to attend  public prayers, visiting the Eid Gaah became a family affair. My own father, on the other hand, has been an agnostic all his life, and didn’t celebrate Eid or any festival for that matter. He used to carry on with his usual daily routine of evening baths and newspapers, though he didn’t stop us from celebrating. But I wondered about what how much he missed out on, because as much as it is about religion, Eid is always also a family gathering.

However, after finding out about my pregnancy, and having a less-than-ideal first trimester, my Eid-ul-Adha was just like my father’s. I couldn’t visit my hometown, because I was too tired to travel. I couldn’t celebrate it in the city, because again, I was too tired and nauseous to get myself to the mosque. I couldn’t have a feast, because most of the food  wouldn’t agree with me. I couldn’t let myself believe or find peace in the fact that all this sickness is a prelude to something blessed and important. In short, unlike what everyone else was telling me, I couldn’t think of it as a miracle.

I spend my Eid on Whatsapp. Thats right,the phone messenger application.  The whole day I was online on Whatsapp, asking my husband, who was back in his hometown, to send me pictures and share his experience of what my Eid would have been. Eid-ul-Adha is specifically known for the animal sacrifice that accompanies it, and unlike in my city-bred childhood, my husband’s family always gets a goat or a bull for the sacrifice, taking care of it for few weeks and then eventually sacrificing it. This was one of the acts I really missed witnessing. So I had asked my husband to capture every moment of the sacrifice and also to bring me “my portion” of the meat.

However, while capturing the sacrifice, I noticed that there were only men included in the ritual. No women or even girls were looking over at least out of curiosity. Of course, the debate is going to be that there are strange men around, the ones who help with holding the animal down, and that women ideally shouldn’t be around strange men, or that women aren’t strong enough to hold an animal down. But I bet none of the men in my family are that strong either. Most of them went queasy seeing the sacrifice.

I wouldn’t have felt queasy for sure. My other problem was that while I was eagerly waiting for my “portion” of the meat (pregnancy cravings), my husband brought back what seemed much less. He told me that only men were included in the portions and they got it for their respective families. This isn’t the normal custom, as we all know, but what I wondered was, didn’t any of the other women ask where their portion was? Of course they didn’t.

However, there was abundance of food and love and laughter in my husband’s home, where kids applied mehndi and played around, and family spent quality time with each other. Somehow facing discrimination or not being included in a sacrifice have the same impact when you are part of something so festive and happy—while I spend the day tearful and feeling extremely sorry for myself for missing out on all the togetherness. 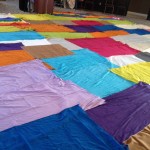 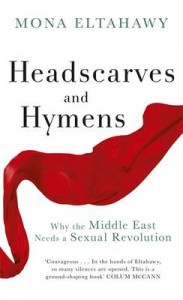 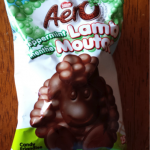