Open Letter to Daphne Bramham on Women’s Soccer… and Burqas

I recently penned a letter to a Canadian journalist whose article was sent to me by a friend. For the most part, it was a  fantastic piece commenting on the funding inequalities of women in sports – particularly soccer. As a player, coach and supporter of women’s soccer. I was pleased to read it. Until the last paragraph of this intelligent, well researched articles plunged into a racist, Islamophobic, ridiculous abyss lined with veils. I responded on Twitter, addressing the author directly. Daphne Bramham did not respond.

So, I wrote Ms.Bramham and copied her editor, my editor, two female members from the Canadian Soccer Association and Moya Dodd, a member of FIFA’s Executive Committee.

RE: Let’s make equality a legacy of the 2015 FIFA Women’s World Cup

Your article published November 21 in the Vancouver Sun was brought to my attention.

Most of your piece very succinctly summarized the issues of funding inequalities in the Canadian and American Soccer Communities. Not only did it highlight some of the financial obstacles facing girl and women’s soccer, it also suggested how to move forward. Your statistics on the percentages of females coaches and administrators point to how women must be included in the upper echelons of Canadian Soccer.

I have been playing soccer for 30 years in Canada and found myself nodding in agreement all the way through your piece. That Canada is hosting the U20’s World Cup in 2014 and then the Women’s World Cup in 2015 can be a huge push for support and solidarity for women’s soccer from fellow Canadians.

As a player, a coach and the mother of a very motivated female player, I appreciate your attempt to draw attention to the cause of gender inequality in sport.

I say that I fully supported your piece up until the last sentence: “And, maybe, we might set an example for those parts of the world where girls can’t play and women are hobbled in burkas.”

Not only was this odd and nonsensical ending irrelevant, but it was Islamophobic.

I am a hijab-wearing player. And as you may be aware, in July 2012 FIFA struck down a law banning hijab from the pitch. So this means that some of the players who will be participating in the World Cup may hail from areas where, as you phrased it: “women are hobbled in burkas”.

As a writer and blogger for several different outlets regarding Muslim Women in Sport and Development (articles attached), I will be so bold as to provide you with some corrections on the issue of women’s accessibility to Muslim Women in Sport. I am also a regular contributor to Muslimah Media Watch, a notable and highly regarded site run by Muslim women as we locate and critique misogyny, sexism, patriarchy, Islamophobia, racism and xenophobia as they affect Muslim women.

The regions of which you speak (one is to naturally assume Muslim countries unless other cultures and religions are burqa-clad) where women have little access to sport, is not untrue. There are many injustices including physical danger, lack of support, familial ramifications, among other challenges.

But there are also rich and diverse communities of soccer where the women are faced with such obstacles are able to navigate in order to play.

For example, the brilliant team of Twiga Stars in Tanzania or the fierce players on Afghanistan’s women’s football team, to name a few.

Women in South America are often excluded from football and in non-Muslim countries women are still the victims of inequality, misogyny and sexism – including France.  But instead of including and citing these and countless other examples, you chose to single out “burkas” and single out Muslim women as in need of inspiration and assistance.

Your comment looked over their efforts and excluded anyone self-identifying as Muslim woman.

I realize that it is far easier for you to point to countries where women dress differently and may seem oppressed and in need of saving.

Adding in snide remark about “burkas” may seem witty and relevant to those at Sun publications but it is offensive not to mention totally irrelevant to the point of your piece. Which, sadly, is lost amidst the injection of blatant and unnecessary Islamophobia.

Might I also suggest a very important read by Lila Abu-Lughod, aptly titled “Do Muslim Women Really Need Saving?” You may benefit from her observations and prevent these embarrassing references in your future writings.

As a Muslim woman who chooses to cover and as a footballer, I believe the last line of your piece may have undone any good you might have been willing to spread on the campaign of women’s soccer in Canada.

There are thousands of young, intrepid footballers (many who are daughters and descendants of Muslim women – including mine) who are excited to be part of the beautiful game. Your horribly reductive words have no place in a campaign that should be uplifting and inclusive.

There is a tremendous culture of sport in other parts of the world. It would be appropriate that you, as a journalist, check your privilege and perhaps research them more accurately.

As a mother, I would definitely not want my daughter to look at women such as yourself or any sporting association that dismisses the efforts of women abroad as they fight and participate in sports.

I have provided you with enough links to warrant a retraction and an apology to female Muslim athletes, of every level, all over the world- including Canada.

There are women who advocate for rights of girls to play. Not for the glory of showing off to those less worthy but to foster confidence and promote opportunity and health. All of us need to ban together to advance women’s sport in general.

I have spoken with at least a dozen other women (players and community members) who can not share your article in good faith until you correct it.

Please feel free to contact me with any further questions and or clarifications.

Note: I did not hear back from anyone of the others copied on the original letter, but I received the following email from Ms.Bramham:

Thank you for your letter.

I’m sorry that you feel that the final line was offensive and suggest that it is Islamaphobic. It was certainly not meant to be either of those things.

I appreciate you sending the various links and will read them when I have a time this weekend.

I am hoping that Ms.Bramham read through the various links and may be something might come of it. Truthfully, my eggs are not going into any basket, any time soon. *hobbles along* 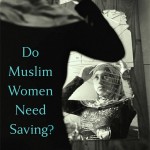 November 29, 2013 Friday Links | November 29, 2013
Recent Comments
1 Comment | Leave a Comment
Browse Our Archives
get the latest from
Muslim
Sign up for our newsletter
POPULAR AT PATHEOS Muslim
1

3 Of The Most Pervasive Internet Surveillance Programs...
After the terrorist attacks on New York and Washington during September 2001,...
view all Muslim blogs
What Are Your Thoughts?leave a comment