The news that some Muslim organisations in British universities organise gender-segregated events, where women are at times not even allowed to speak up, has sparked outrage in the UK.

Al Jazeera features the story of a “forgotten” 12-year-old rape survivor in India, who 16 months after she was gang-raped in her village in Rajastan, has undergone 19 surgeries in attempt to restore her injuries.

Many fear for the future of Afghanistan’s female detainees after foreign troops leave Afghanistan in 2014.

Rohingya women living in camps for internally displaced people in Myanmar/Burma share their stories and the hopelessness of their situation.

There were six women among the sixteen Uyghurs killed last Sunday during a raiding of a house by Chinese police. The extended family in the home was busy with wedding preparations when the raid took place.

A new video has appeared on the internet, showing the “honor beating” of a female Kyrgyz migrant worker in Russia by fellow countrymen, for allegedly having sexual relations with non-Kyrgyz men.

After the 2011 revolution in Yemen, things have gone downhill in the country, especially for women.

The so-called Muslim Sisterhood is now taking the lead in many of the protests within Egypt, but their increasing aggressiveness doesn’t always sit well with the general public. Al Monitor speaks to some of the Egyptian female released protestors, who are determined to return to oppose military rule.

Three months after the Hindu-Muslim riots in Muzaffarnagar, India, women on both sides are bearing the brunt of the burden of the conflict.

The documentary Adama, which features the story of a teenager in the USA tagged as a suicide bomber, can now be watched online.

Libyan professor and activist Aicha Almagrabi warns that Libya is heading towards an “Afghan” model when it comes to women’s rights.

Bangladeshi activist Kalpona Akter calls for union advocacy which will give female garment workers in Bangladesh a voice, so that these women can continue to make a living in the industry but in a dignified manner.

Whenever Moroccan Hind Daou rides her motorcycle with her friends, people’s heads turn, but she says that although she may not look like the “average” Moroccan woman, she is a working mother, a good daughter to her parents, and proud of her Moroccan heritage.

Despite the fact that legally Tajik women are equal to men, the legal system is still failing Tajik women in reality.

The BBC shares the horrifying stories of two Afghan women who were subjected to severe abuse.

Unicef has developed a bracelet that makes it possible for mothers in Niger to screen the nutritional status of their children themselves, and take action when needed. Malnutrition is a huge problem in Niger, even in a good harvest year.

For three years, Kyrgyz mother Gulya has been seeking answers and justice in the case of her HIV-infected 4-year-old son, who is one of the hundreds of Kyrgyz children who were infected with HIV through blood transfusions in hospitals.

Citizen journalists, and in particular females, often take the lead in reporting on gender issues, which is in particular the case for many Arab countries.

Aydan Özoguz is Germany’s first politician of Turkish origin to hold a top post; she is the new integration minister.

An Afghan pregnant teacher and female police officer were hanged in southern Afghanistan, after being kidnapped on Monday. It is suggested that both killings were related to the fact that they were working women.

Iranian women are among the biggest consumers of cosmetics in the Middle East region, and the Iranian cosmetics markets is still growing fast.

The husband of Pakistani Pashto singer Ghazala Javed has been sentenced to death for her murder last year.

Global Voices interviews Afghan activist Anita Haidary on her work as an activist and her view on the position of Afghan women after the 2014 elections.

According to New Zealand police, a Muslim teen was forced to wear the face veil by her family in order to conceal her facial injuries from physical abuse by her father. Her father has been arrested.

A Yemeni father is reportedly asking for one million likes on Facebook as a dowry for his daughter, as many young Yemeni men cannot afford the dowries nowadays, which makes it hard for them to get married.

December 16, 2013
How Not to Discuss Sexual Violence against Third World Women
Next Post 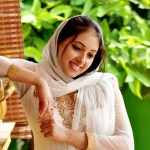 December 23, 2013 Dance Is How I Get Close to God: An Interview with Dancer and Upcoming Actress Isha Farha
Recent Comments
2 Comments | Leave a Comment
Browse Our Archives
get the latest from
Muslim
Sign up for our newsletter
POPULAR AT PATHEOS Muslim
1