Britain and the Veil: From Jack Straw to Jeremy Browne

Britain and the Veil: From Jack Straw to Jeremy Browne January 28, 2014 tasnim

The debate about whether or not “we” should have a debate about banning “veils” has returned – or maybe it would be more accurate to say that the volume has been raised, since this is a debate that seems to have been running in the background for most of the last decade. The amount of material on this topic is huge and seemingly endless, and the interest in rehashing the debate seems excessive, given that the face veil is worn by a tiny minority of the minority of Muslim women in the West.

This time the veil ban issue was brought back into the headlines by Jeremy Browne, a Liberal Democrat, who as this Telegraph article reports, has argued that a “national debate” about the veil is needed in Britain.

Browne is the latest in a long line of British politicians who have shared their thoughts on the subject of what Muslim women should wear in public. Jack Straw set that ball rolling back in 2006, when he shared his sense of discomfort about women wearing veils when they spoke to him. Tony Blair, Nigel Griffiths, Phil Woolas, and David Davis have also commented on the veil. The right-wing parties UKIP (UK Independence Party) and BNP (British National Party) recently did a switcheroo, in which the side that had advocated a total ban (UKIP) switched sides with the one that advocated a ban in schools (BNP).  So the debate about the veil seems alive and well in Britain. But apparently, since no ban resulted, the debate needs to “begin” – again.

Browne says that while he is “instinctively uneasy” about banning behaviour, he thinks Britain should consider banning Muslim girls and young women from wearing veils in schools and public places – or as the article put it: “Mr Browne suggested the measure may still be necessary to ensure freedom of choice for girls in Muslim communities.”

I had to read that sentence twice. A ban to ensure freedom of choice. How does that work exactly?  Another quote from Browne clarifies this somewhat:

“But there is genuine debate about whether girls should feel a compulsion to wear a veil when society deems children to be unable to express personal choices about other areas like buying alcohol, smoking or getting married.”

The argument then seems to be about the degree to which children can exercise free choice, and make mature decisions about particular subjects. That does to me seem reasonable. I share the opinion of Salma Yaqoob, former leader of the Respect party, who has expressed her discomfort with seeing young girls wearing hijab, in a discussion with former EDL (English Defense League) founder and leader Stephen Yaxley Lennon (aka Tommy Robinson).

Yaqoob was speaking about young girls who wear the hijab when they are clearly not old enough to understand the debates around whether it is or isn’t a religious obligation or a way of dressing “modestly” – even when they might have wanted to wear it. For example, I have seen little girls wrap any available cloth around the house over their heads, in the same way as I have seen little girls clomp around the house in their mother’s high heels. Young girls often want to look like their mother or their aunt or older sister. Do we then talk about socialization? Do we say that this invalidates choice? In this case, all women socialized into various models of femininity are essentially without choice.

“You people have such restrictive dress for women,”

she said, hobbling away in three inch heels and panty hose

to finish out another pink-collar temp pool day.

to the new Muslim girl with the headscard in homeroom,

his tongue-rings clicking on the “tr” in “strange”.

At what point do we decide that girls are old enough to choose what they wear for themselves? Here, contrary to Browne’s statement, I think there is a difference between wearing hijab or niqab, and smoking, drinking, and getting married. The analogy breaks down somewhere, not least because it would be a little strange to argue that teenagers are not mature enough to choose what they want to wear.

In the video interview here, Browne defines children, according to the internationally accepted definition, as “under 18.” But Browne’s comments come after a 17-year-old protested not being able to wear niqab in Birmingham Metropolitan College, which subsequently was forced to drop its ban on the wearing of niqab due to an online petition and protests. Following this withdrawal of the ban, Sky News reported that “Downing Street said Mr Cameron would support a ban in his children’s schools, although the decision should rest with the head teacher.”

Leaving the decision up to schools allows some distance, so it does not appear as if the state is encroaching on individual freedoms, but it doesn’t resolve what is at the heart of this never-ending debate about the “veil” as one of the most visible aspects of Muslim minorities in Western countries. That is, simply, people’s discomfort with seeing women dressed in this particular way.

In an interview with BBC Radio in 2013, cabinet minister Kenneth Clarke described the face veil as “a most peculiar costume for people to adopt in the 21st century.” The wording reminded me of Anne Norton’s essay “On The Question of Muslims,” where she argues argues that “for many who enjoy the consumer pleasures of postindustrial Europe, (the) past was a prison. The presence of the immigrants is the presence of the past. Often what is feared in them is not the alien, but the familiar.”

I found this an interesting reframing of the question, turning the figure of the Muslim immigrant as backward and alien into one of the Muslim immigrant as familiar as  “the presence of the past.”  Yet this reframing of the question of Muslims in western countries in the 21st century remains bound to a framework of evolutionary progress, where to be Muslim is to be the antonym of being modern, where you become modern by being remade in the image of the ideal secular citizen of a Western democracy.

However, it is through the development of human rights discourse, and the sacralization of freedom of expression and individual freedoms, that the debate has increasingly moved in a direction where Browne must begin his argument with saying he is “instinctively uneasy” about bans. So it seems, are the readers of this article, which includes a poll. And so far, the poll shows a large majority (90%) believe that “No, everyone should be free to observe their chosen religion” over “Schools should be able to ban veils if they want to but it should be up to the individual school” and “Yes, veils should be banned.”   If it is the case that, as these poll numbers suggest, this topic isn’t one that people are particularly preoccupied about, perhaps this debate will one day stop beginning. 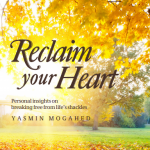 January 30, 2014 Book Review: “Reclaim Your Heart” by Yasmin Mogahed
Recent Comments
2 Comments | Leave a Comment
Browse Our Archives
get the latest from
Muslim
Sign up for our newsletter
POPULAR AT PATHEOS Muslim
1

2 responses to “Britain and the Veil: From Jack Straw to Jeremy Browne”