Coming Out Muslim: Radical Acts of Love is a storytelling performance that highlights the experiences of LGBT Muslims. While I was aware of Coming Out Muslim, I did not realise that one of the people behind the project is a West African Muslimah. I was connected with Terna Tilley-Gyado through a mutual friend Mikael Owunna and I am honoured to have had this interview with her.

Terna Tilly-Gyado: My name is Terna. I am a healer, artist, educator, and dervish committed to social justice and, more than that, to evolving my heart and contributing to the evolution of others. I am also a queer Nigerian-Liberian woman, who’s spent much of my life in the US. I’m currently based in Boston area and I’m actually also a student, studying to become a therapist in the global mental health field. I am especially interested in working with LGBT folks, particularly refugees and asylum-seekers.

I consider myself a practicing Muslim and a dervish of the Nur Ashki Jerrahi Sufi Order. I converted to Islam nearly 15 years ago.

What is Coming Out Muslim: Radical Acts of Love?

Coming Out Muslim: Radical Acts of Love captures stories and experiences of being at the intersections of Islam and queerness and its relationship to family, lovers, one’s sense of self and relationship with our faith. Wazina Zondon and I utilize traditional storytelling and conversation as the medium for exploring the broad range of our experiences as queer Muslims. The stories Coming Out Muslim tells range from tales about other people’s theories about where queerness comes from, the gifts of being queer and Muslim, the tension between one’s culture and religion, and love—romantic and spiritual. Coming Out Muslim is both funny and poignant.

Tell me about the Coming Out Muslim project and how you got involved in it.  What was the initial reception to the project?

Coming Out Muslim evolved from a project I did with my dear friend Wazina Zondon, called Interrupting Islamophobia. It was a seven week series of sessions we facilitated for youth workers in New York City around how to deal with Islamophobia in their work. As Wazina and I are both queer Muslims and both committed to social justice, we felt it was essential to include queer Muslim experiences as well as those of others who are typically marginalized by “mainstream” Islam. One of the participants, Laura Marie, was/is a theater maker and all-around gem of a woman who then invited us to create a visual gallery of their Muslim pieces along with a few pieces from allies. I’ve been a writer just about my whole life and was very involved in theater for a number of years. Though I have a great love for gallery spaces and endeavors I’d never undertaken to create one myself. I don’t think Wazina had either, but we said yes. So during New York City Pride month, June 2011, we opened what turned out to be a really beautiful show.

We had submissions from queer Muslims in various parts of the world, a beautiful series of photographs of queer Muslims done by the lovely Patrick Mulcahy (he continues to shoot portraits of queer Muslims). More people came than we expected and the whole thing was really just a lovely experience. After that, Laura Marie, who is quite persuasive in a loving and powerful way, asked Wazina and me if we wanted to do a show. She made it incredibly gentle for us by producing the show and really making a lot of things happen, while Wazina and I wrote. We initially set out to have a three night run at a small theater. I thought that would be it, but then we got a bit of coverage and sold out every night even still after those initial performances I really thought it was a good, important thing we had done. So often our voices and our stories as queer Muslims are missing from narratives about Muslim experiences and narratives about queer experiences.

For me the show is a powerful opportunity to assert our existence, to assert our equal and undiminished access to Allah, to raise visibility and to hopefully be a bridge for a range of people– Queer Muslims who have been pushed out of Islam due to the attitudes of family and communities (and it has been a great privilege to have folks come up to us after the show and tell us that they didn’t know they could actually hold both of those identities, and to be able to connect them with other queer Muslims and communities that affirm their spirit); ally Muslims who may not have really had opportunities to openly be in spaces with queer Muslims; queer allies who didn’t even know it was possible to be both queer and Muslim, and so many others as well.

Are you aware of the reception/impact that Coming Out Muslim has had among Muslim audiences?

Overall, we’ve had an amazing reception. After our initial run we were invited to perform at a number of universities. We continue to receive those invitations as well as opportunities to perform in other venues and to be part of panels where folks are talking about religion and sexuality. Nearly 3 years later, we’re still going! Largely we’ve gotten a lot of support from folks who might consider themselves progressive Muslims. We’ve got some haters too, as that comes with the territory but the thing that keeps me motivated to continue to do something that feels risky at times is the deep encouragement I get from Allah, through my prayer, life and through the opportunities that keep showing up without us seeing them out.  As I say in the show, “Allah makes Muslims, Allah makes queers. For me being both has never been a source of internal conflict. I’ve never felt Islam asks me to be something other than what I am. If Allah is closer than my own jugular vein, is the creator of my heart (ya Khalaq! ya Bari! Ya Mussawir!), the source of its blood and beat, how could I despise myself?”

The response from Muslim women has been mostly good. We actually get about the same number of stories/feedback from both male and female-identified folks. One that sticks out for me is a woman from Lebanon who said, after how people understand Islam and queerness, the two are so separate there.

I believe our work is very important for images of Muslim women in the media not only from a queer perspective but also from the perspective of which Muslim women are visible. Often Muslim women are either Arab hijabis (I now cover but do not necessarily read as Muslim to most) presented in a discourse of oppression or secular Muslim women who have found freedom in moving away from Islam. Wazina is a radical working class Afghan woman who lives in Islam and I’m a black African woman. We never see ourselves reflected in images of Muslims in mainstream media. It’s critical that we are reflected, that we assert our existence, and not just for ourselves but also for the countless girls like us who need to know who they are is okay–as women of color, as Muslims. They need to know the arms of Islam are wide enough to hold them in all of their identities. 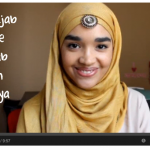 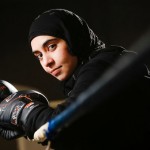 April 9, 2014 The Bee and the Butterfly
Recent Comments
1 Comment | Leave a Comment
Browse Our Archives
get the latest from
Muslim
Sign up for our newsletter
POPULAR AT PATHEOS Muslim
1 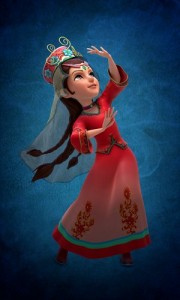 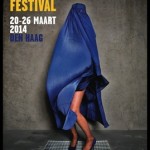 One response to ““Allah Makes Muslims, Allah Makes Queers”: A Interview with Terna Tilley-Gyado of Coming Out Muslim”