The Male Gaze and the Muslimah Fashion Industry

The Male Gaze and the Muslimah Fashion Industry May 1, 2014 Guest Contributor

There is a serious paradox within the fashion industry. More specifically, within the subset of fashion ruled by Muslim women, a niche that has shifted greater fashion perspectives on hijab and modest-leaning clothing, and one that taps into the wide-open Muslim consumer market valued at $170 billion by marketing firm Ogilvy Noor. That problem comes in the form of the opposite gender – and the problems the male gaze brings with it.

When speaking of male gaze and male involvement, I am not alluding simply to the issue of men seeing women, but rather to the history and power dynamic in which men control how women are represented, depicting women in ways intended to attract or satisfy the heterosexual male eye. Refusing to acknowledge and address this phenomenon only serves to perpetuate an erosion of the values and work that women have brought to the table so far.

Time and again, through differing types of messaging, Muslim women have been told that their body is their own to protect and that they should dress not to please societal standards of beauty and sexuality, but for a higher purpose and meaning.  However, it is important to note that even movements that encourage a specific definition of modesty end up playing into societally constructed beauty standards, and the very idea of what it “looks” like to dress for the higher purpose and meaning often leads to women dressing according to social pressures to conform to the certain standard of modesty. References to the ideal, then, often lead to Muslim women being held to a whole slew of societal standards. Efforts towards a construction of our own standards within this framework are then only natural, an attempt to create our own space in fashion for self-expression, identity, and beauty. It is a space flavored by cultures and colors of every sort, carefully tied together by particular understandings of modesty and self-guarding. Modesty-friendly designers and boutiques have gained traction, and with the collaborative explosion of social media and online communities, some heavily influential fashion bloggers have onto the scene.

Fashion bloggers like Dina Toki-O, The Hijablog, Ascia AKF and Winnie Detwa set the stage for fellow aesthetically-inclined visionaries to join in pushing the next big modesty and hijab trends, proudly and unapologetically wearing their identities. (Of course, it is important to take a moment to note here that modesty and hijab are not always synonymous.) The simple acts of publicly displaying their beliefs through such a variety of aesthetic practices have worked to empower Muslim women worldwide by making them feel able to be themselves and have fun with what they wear while still maintaining self-definitions of modesty. These fashion bloggers have worked hard to amass credentials and followers, and as more and more bloggers flood the scene, the need to remain ahead of the game is becoming an ever-increasing necessity.

However, along with the newfound success and influence of the bloggers comes the potential for certain problems to arise, linked in part to increased male involvement. It is an issue that can be seen more widely in the fashion industry, reflected in the Terry Richardson’s and the perpetuation of eating disorders amongst models trying to land the next job. The problem presents itself in the form of men being recruited to shape the definition of modesty, with photographers like Langston Hues being commissioned en-masse to create a book containing what he perceives to be the very definition of modesty, accomplished by cherry picking from the numbers of hijabi and modest fashion bloggers around the world. By not remaining wary of the baggage that male visual artists bring to a field dominated and spearheaded by women, we as consumers and producers of fashion content are setting ourselves up for complications in the years ahead.

Amidst the influence comes a power struggle, which threatens to unravel all that Muslim women have worked towards. This is difficult to write about, because I am hesitant to name names due to the nature of the fickle industry and the phenomenon of word of mouth, and because my desire here is to emphasize the broader phenomenon, rather than focusing on a particular individual.  But I have seen, for example, the manner in which the promotion of a male photographer occurred on the backs of well-established modest-fashion bloggers, creating for him a ready-made credibility and brand, the success of which is credited to his own personal attributes rather than the hard work of the women whose hard work provided him with the material and followers in the first place. In other words, the natural progression of things within the industry illustrate some troubling possibilities for what male participation might mean when it comes to how Muslim women define fashion and modesty. In an example I referred to above, a male-run project to create a singular compilation of modest fashion has become a photographer’s golden ticket to notoriety; this compilation essentially illustrates my point about the male gaze, through the simple fact that he is given the authority and power to determine what he, as a man, feels modest fashion, built by women, looks like.

Creating a space for men to bolster the work that female fashion designers and bloggers do in the fashion sphere has also opened up the possibility of male influence and a say in next steps that was not previously available for men. While one can say that photographers and videographers serve simply to support fashion bloggers, it can be more strongly argued that they have the power to influence the bloggers’ work. It is these visual artists that have the power to shift the spotlight, thereby molding the next moves of the industry. We can see this in the greater fashion industry, where abuses of power and influence can be recorded by the scores of male photographers and designers that have chosen to push the fashion agenda through the male gaze, rather than holding back and celebrating the purpose behind the fashion: female self expression.

Allowing that amount of visual power in the hands of men shifts the definition of modesty and style from the women who worked to define it to the men that choose, by natural selection and propagation of male gaze, what feminine modesty means to them. Thus, the women who have worked so hard to be recognized may be ignored in light of whomever the male onlooker, the one who entered mid-show, decides is “worth it.”

It remains to be seen where the next steps of the Muslimah fashion industry lie. Will bloggers and visionaries decide to re-affirm and re-establish their work as being their own, fighting for a space where the male gaze dictates not what they do, or will they choose to continue to allow their visual influence to be shaped, ever so slowly, by the men that are beginning to enter the field?

There is hope that women will choose to retain autonomy in the world that they created, a world consisting at the baseline of patterns, hijab styles and colors, but in actuality, a world much more empowering, encompassing and pivotal than can be fathomed at a first glance. The women who work within brought the power and choice found in the Muslimah fashion industry, and to have it taken by the men who joined later would be a disservice to us all.

If men want to be supporters, they should stand on the sidelines and let the women continue to hold the reins. In such a short time, modest fashion designers have accomplished so much – they don’t need someone to coach them. For now, the men should avert their gaze, and thus, their participation. 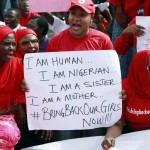 May 9, 2014 Friday Links | May 9, 2014
Recent Comments
5 Comments | Leave a Comment
Browse Our Archives
get the latest from
Muslim
Sign up for our newsletter
POPULAR AT PATHEOS Muslim
1

5 responses to “The Male Gaze and the Muslimah Fashion Industry”