When people talk about Ramadan and Eid traditions, food is one of the most recurring topics.  Usually this comes up in nostalgic stories about childhood favourites, or about delicious iftar memories.

But, well, those aren’t the only reasons that holiday foods might be remembered.  Sometimes the reasons for the memories are a little more, shall we say, disastrous.  Or, at the very least, unexpected.

This year’s Ramadan started off with a delicious and beautiful suhoor spread prepared by a good friend, and decorated with lights and lanterns.  Aside from this one, I can’t say I’ve had many very memorable suhoor meals, although I do look back fondly on the delicious mixed vegetables served at a very giggly and sleep-deprived mosque sleepover one year, or the suhoor meal out with friends a few Ramadans ago at a 24-hour vegetarian restaurant in Vancouver.

But I can definitely remember the messiest suhoor, several years ago.  My roommate and I were both fasting, and both equally incapable of speaking in actual words while half-asleep at that time of day.  Suhoor time meant getting up and sitting together to eat, but any interactions were limited to vague nodding, half a wave, and the occasional grunt that might have been an attempt to say “hi,” or even “salaam.”

On one of these mornings, I was cold and decided it would be nice to have oatmeal for suhoor.  I mixed the oatmeal and water in a bowl, looked at the directions on the package, and put the bowl in the microwave for the suggested time.  Meanwhile, I turned my back, grabbing more food or washing dishes at the other side of the kitchen.

It wasn’t long before I turned back around to see a giant mushroom cloud of oatmeal forming in the microwave.  I tried to run and stop it before it overflowed even further, but by the time I got to it, the inside of the microwave was covered.  All I could think about was how I had a deadline, fajr was coming, and now I had no food, and a microwave to clean.  Ugh.  My roommate watched, but (unsurprisingly) said nothing.

It was only later that day – after we had gone back to bed, slept, and turned back into our normal chatty selves – that she brought up the exploding oatmeal again.  And this time we couldn’t stop laughing, at the image of the giant, growing cloud of oatmeal, at my helpless dash across the kitchen to save it, and at our complete silence in the moment, despite the ridiculousness of the scene.

Some of our past Ramadan posts have included recipes, but I’m sure you’ll understand if I withhold the exploding oatmeal recipe from you.  Just make it on the stove.

One other holiday food memory that stands out is from Eid a few years ago.  I wanted to make bread, following the example of my father.  My dad often makes bread just because he feels like it, but he is especially likely to make it for special occasions, and to give to people.  In the ten years since I moved away from home, I have always been able to count on my dad to have fresh bread ready when I visit, and make bread anytime he or another family member was coming to visit me.  (The last time he came, he brought homemade bread and then made French toast with it.  My dad is awesome.)

So when I copied down my dad’s challah recipe (see below) to make for friends for Eid, I assumed that this was the recipe for the single loaf, and that the normal two loaves that my dad makes when he makes challah were a result of doubling the recipe, as he does with all his other recipes.

You might be able to see where this is going.  I mixed the ingredients together, kneaded them, and left them to rise.  When I came back to the dough, it looked a little bigger than I expected, but it’s always hard to know how much more the bread will rise, so I didn’t think too much of it.  By the time I had kneaded it again and braided it into the classic challah loaf shape, I was beginning to suspect that things were not as I’d intended, but by that time, there was too much other cooking to do to worry too much.

By the time the bread had risen again, my suspicions were confirmed: the recipe was, in fact, for two (already good-sized) loaves, and what I had was double what I had planned for.  I should have divided the dough in two about two steps earlier in the recipe, but I didn’t have time to deal with it now, so I stuck the giant loaf in the oven and hoped for the best.

As it turned out, I was out of the apartment when the bread needed to be taken out of the oven.  I called my roommate (different roommate from the oatmeal fiasco; that’s probably a good thing), who had been out when I’d been making the bread.  I asked her to take it out of the oven.  She opened the oven to find this mutant loaf of challah, and wondered what could possibly have gone wrong to make it look like that.

Happily, this one has a good ending: nothing weird happened to the oven, and it turns out that giant challah tastes just like normal challah.  Also, it didn’t explode anywhere, making it an improvement on the oatmeal situation.  (I’m actually normally a pretty good cook, I promise!)  So everyone was happy and well-fed, and we had leftover bread to last us a long time.

So here, I give you my dad’s challah recipe, with the reminder that it makes two loaves (I’ve added in an instruction about where this happens).  That said, if you prefer to live on the wild side, one giant loaf will taste good too, although it might need slightly more time in the oven.

Leave in warm place until frothed.

Stir in 3 cups of flour and beat until blended.

Add 2 – 2 ½ cups flour, ½ cup at a time.  This is best done on a clean and floured countertop, kneading in the flour until the dough is still soft but not sticking to you.

Divide the dough in two.  (Or not.  As you wish.  Just don’t say I didn’t warn you.)  Take one half of the dough, divide it into three strands, then braid them; do the same for the other half.  Put them on a baking tray or cookie sheet (not a bread loaf pan), keeping in mind that the loaves will still expand quite a bit, so make sure to choose the size of the tray accordingly.

Let rise (until about doubled in size again), then brush with egg wash (1 egg yolk mixed with 1 tbsp water.) 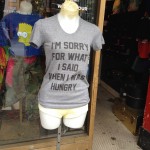 July 1, 2014 "Not Even Birthday Cake?" Or, Coping With (Non-Muslims') Reactions to Ramadan
Browse Our Archives
get the latest from
Muslim
Sign up for our newsletter
POPULAR AT PATHEOS Muslim
1