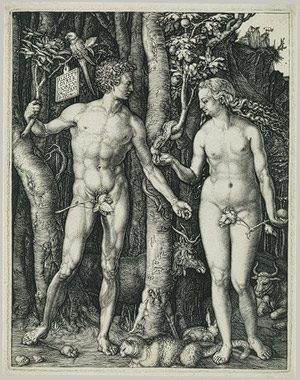 I find myself heartsick.

Together with my Unitarian Universalist life, Zen sits at the center of everything that matters to me.

The cascade of issues around sex and sexual misconduct are multiplying like those proverbial rabbits.

I went back to look at what I had to say about Genpo Merzel, Eido Shimano and Joshu Sasaki in my 2006 Zen Master Who? A Guide to the People and Stories of Zen. It was of course pretty much all written a year or so before the publication date. So, a while ago. I made no reference, I see, to the various scandals attached to Mr Merzel’s leadership in Maine and France prior to his returning to America and setting up shop in Utah. With the Venerable Shimano I noted that from his time in Honolulu there “began what would be lasting allegations of improprieties…” With the Venerable Sasaki I noted “there have been allegations of improprieties with students.”

No doubt I could have done better…

There have been various other scandals small and large around sex. I think of Walter Nowick, caught up in allegations of sexual improprieties with people of the same gender, and who retired from formal teaching at that time, a long time ago now. And of my own teacher John Tarrant, where I see not a predator, but rather someone who simply refuses to be bound by conventional and what I’d call Professional boundaries. I would add here the number of teachers who’ve given Dharma transmission to their spouses or partners – at best to my mind a very messy thing. In addition I can think of several teachers who have been tangled in an affair that does not appear to suggest a pattern. In fact, drawing upon my observations of what has happened in the life of Unitarian Universalist clergy, where it was fairly common in the middle of the twentieth century for male clergy to have second marriages with subordinates, religious educators, church secretaries and musicians, and where it seems many of these relationships would prove to be lifelong, causes me to be very reluctant to absolutely condemn when these things happen.

As I think of all these people and the multiple circumstances of their lives, I find I’m extremely dissatisfied with much of the tone, as well as the very broad brush with which all matters touching upon sexuality and sex are being covered. With Merzel, Shimano & Sasaki we have long term patterns that most would see as exploitative. But, there’s much more going on, and it is quite complicated.

I was privileged to see Scott Edlestein’s Sex and the Spiritual Teacher while still in galley. I thought it thoughtful and useful. And I felt I saw a real problem. He attempted to outline a sense of male sexuality that opens men to inappropriate sexual behaviors. There was, however, no accompanying chapter on women. I suggested at the time that either an accompanying chapter be written, or that the one on men be deleted. I thought in fact if that second chapter was written it would show the first chapter was rather arbitrary and probably pretty far off the mark. Like most of my brilliant suggestions, my friends decided to take a pass, and published the one chapter.

Now, first and foremost. I think there need to be bright lines regarding sexual conduct between teachers and students on the Zen way. My own community Boundless Way addresses this in what I consider a compassionate and yet clear way. (For a link to the Boundless Way Ethics Code, go here)

That acknowledged and I hope underscored, I have some serious problems with the current conversation.

That serious conversation probably can’t happen unless we can start with a generous acceptance of the fact we are animals with natural sexual urges. One example of what this might look like is accepting that sexual attraction involving power differentials is itself a pretty natural thing. A point that simply is not part of the current conversation. I’m pretty sure we can find a number of other examples.

And, of course, just because something is natural, doesn’t mean it is necessarily good for everyone. For example that natural enough attraction within power differentials is a wide field for potential exploitation…

Similarly societal rules are arbitrary. They are mainly about what is the best for the most people. To get too emotionally involved in the rules as something inherently moral or good rather than simply useful is, to my way of thinking, very dangerous.

The bottom line as I see it, is starting with what is.

As best we can perceive that what is.

And knowing, always knowing, even our best efforts are going to be compromised by all sorts of things, blind assumptions, our individual sexuality, oh I suspect the list is very long…

If we have a vaguely accurate start with that what is, well, then maybe where we will end up will in fact be healthful and helpful.

And I hope even as we’re stuck with fixing an airplane in flight, we will engage all of this with a modicum of humility, of generosity, and care.

And for the tradition, which I believe, with all my being, brings great gifts to us.

November 29, 2012 What a Piece of Work
Recent Comments
0 | Leave a Comment
Browse Our Archives
get the latest updates from
Monkey Mind
and the Patheos
Buddhist
Channel
POPULAR AT PATHEOS Buddhist
1