Feast of the Ass 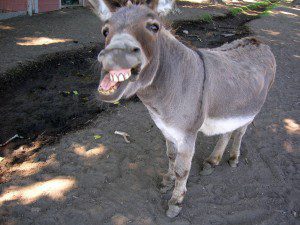 Turns out in Medieval Europe today was celebrated as the Feast of the Ass. Mostly a French thing, related to the Feast of Fools, a turning of authority, where the low are raised up and the high brought down. There appear to be some connections here to earlier “pagan” festivals like the Saturnalia and Carl Jung likes to suggest, the festival of Cervula, adding in a trickster element to the deal.

I’ve always been partial to those figures like the Mula Nasrudin, Coyote, Mudhead, the list is pretty long, who poke the high and mighty, who pull us out of complacency, and toward something…

What that something is, is rarely clear.

In fact it is toward danger.

Without stepping out to the edge, without taking a chance of going too far, we rarely, maybe never go far enough.

Change is the rule of the universe we most don’t like acknowledging.

This is the way things really are.

Out with the old, the tired, the failed.