Tom Lehrer: Always Predict the Worst & You’ll be Hailed as a Prophet 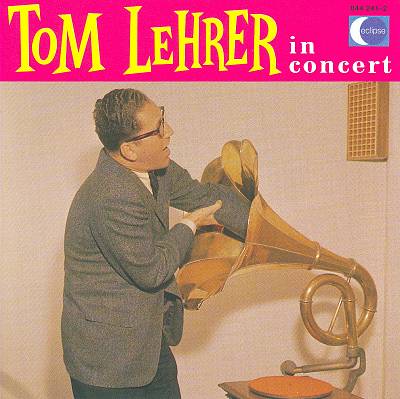 Thomas Andrew Lehrer was born on this day in 1928, making him eighty-eight.

A prodigy he entered Harvard at fifteen, graduating with a degree in mathematics, and then a year later was awarded an MA.

He worked at his doctorate for the next fifteen years, teaching at various schools and spending a tour as an enlisted man in the Army.

Eventually he would give up on the doctorate. Other interests overtook him.

And, of course, Lehrer would come to be known not for math, but as a pianist, singer-songwriter, and, most of all, as a satirist.

When asked about his popularity he said a friend of his once said “always predict the worst and you’ll be hailed as a prophet.”

It certainly worked for him.

April 9, 2016
When Marian Anderson Rocked the Mall
Next Post

April 10, 2016 MISTAKES WERE MADE A Meditation on the Ecological Catastrophe & What to Do About It, Even if it is Too Late
Recent Comments
0 | Leave a Comment
"My primary consciousness on Zen is that unlike religion or philosophy which depend on linear ..."
Frank Redden Recalling the Archangel Raphael & Happy ..."
"Foremost I seem to be getting commercials of which I understood were not going to ..."
Frank Redden Recalling the Archangel Raphael & Happy ..."
""Those who can think deeply and reflect carefully, with the imagination to dream and the ..."
Robert Landbeck Prophecies of the End: Dreams of ..."
"I would note that the Josiah Wedgwood in question was the son of the more ..."
Erp Recalling Samuel Taylor Coleridge, Sometime Unitarian, ..."
Browse Our Archives
get the latest updates from
Monkey Mind
and the Patheos
Buddhist
Channel
Related posts from Monkey Mind

Buddhist
Prophecies of the End: Dreams of Justice and...
Monkey Mind
TRENDING AT PATHEOS Buddhist