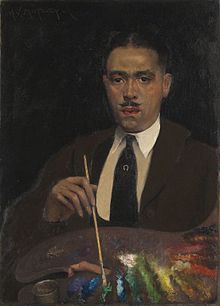 Archibald John Motley, Jr was born on this day in 1891 in New Orleans. He would become one of the major artists associated with the Harlem Renaissance. The smallest of ironies was that he never in fact lived in Harlem. He was also considered a leader of the contemporaneous Chicago Black Renaissance. 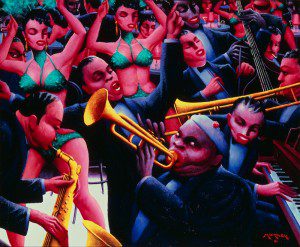 He spent most of his life in Chicago and attended the Art Institute of Chicago, receiving a classical artistic education. Motley’s own interests took him toward the modernist-realist style. He won early acclaim and made a living for some years as a portrait artist, although there was some reluctance on the part of white patrons to employ him. He won a Guggenheim and studied for a year in Paris, where he was deeply impressed by the Renaissance masters. 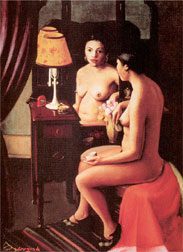 Later in his career after his wife died and facing financial hardship he was forced to accept employment painting shower curtains. While this can be the fate of any artist it seems as an African American artist the wolf was a bit more present at his door than for most. 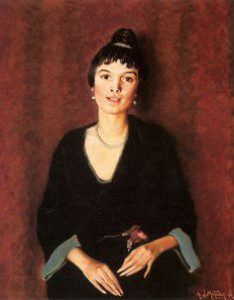 The Wikipedia article on him notes “Motley’s was often considered “ethnically ambiguous” as a result of his multiracial background. Consequently, he never truly felt that he belonged to any particular group. Thus, this marked the inception of Motley’s ability to see race as a diverse spectacle. His social status made him hyper aware of the socioeconomic and sociocultural boundaries of race.” And as an artist this had a number of consequences. Probably most notable his attention to the variety of skin tones in an era where African Americans were pretty much uniformly portrayed with a very limited palate.

One of the greats.

Archibald Motley should be remembered… 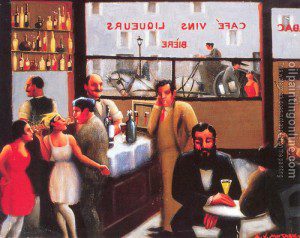 October 7, 2016
A Very Small Eulogy for an Archbishop
Next Post

October 8, 2016 The Zen Project in North America: A Small Progress Report
Recent Comments
0 | Leave a Comment
"Thank you, Satya!"
jamesiford The Peace of the Rhinoceros: A ..."
"A couple of dates need to be corrected in this article—specifically, his marriage date and ..."
Kevin Mullaney A Vision of William Blake: The ..."
"What a beautiful piece, James. Sorry to hear about your/our loss. I'm back at Patheos ..."
Satya Robyn The Peace of the Rhinoceros: A ..."
"I like the heart, hand and mind schema. Back in the late 1970s, I went ..."
Daniel Liechty A Path for Spiritual Adults: Francis ..."
Browse Our Archives
Related posts from Monkey Mind

How To See Through The Buddha's Eyes
A gang of long-tailed tits are skipping from branch to branch in...
view all Buddhist blogs
What Are Your Thoughts?leave a comment
Copyright 2008-2021, Patheos. All rights reserved.
Close Ad