The Project of Zen is Waking Up 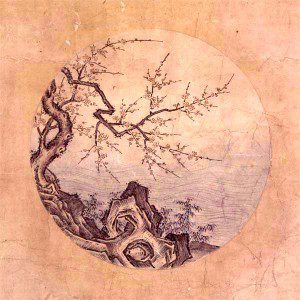 The project of Zen is waking up.

Actually, the whole of religion could be said to be about awakening, its realization and the paths to it themselves arising, flourishing, sometimes misleading, sometimes corrupting, and in each in its own good time falling away. Awakening is in fact a part of our common human inheritance. It does not necessarily associate with Zen or Buddhism or any religion.

But in Buddhism and Zen it is found in an understanding of what is called the two truths and original awakening. Terms that both accurately point, and terribly mislead.

Stephen Batchelor, former monk in both the Tibetan and Korean Son traditions and independent scholar in his majesterial critique of Buddhism After Buddhism succinctly describes the two truths. “Simply stated, the two truths doctrine is a way of distinguishing between the conventional truths of everyday life that we need in order to function as social and moral agents and the ultimate truth By gaining direct, nonconceptual insight of the latter we achieve the liberating knowledge that frees us from suffering and rebirth.”

And then rather challengingly, Mr Batchelor suggests this isn’t in fact a doctrine one can associate with the Buddha of history. He reports how he cannot in fact find a reference to the two truths any earlier than the Kathavatthu, “Points of Controversy,” a polemic attributed to Moggaliputta Tissa and included in the Abhidhamma, an attempt at systematizing the teachings of the Buddha, which in time has itself become canonical. Dating the Kahavatthu is difficult, but many attribute it roughly to the time of Ashoka, and therefore more than a century after the death of the Buddha.

For Steven Batchelor the Buddha lacked a single philosophical bone in his body. I believe this is true. Specifically, the Buddha was unconcerned with questions of ontology that is reflections on the nature of being and with epistemology, the study of how we know things. Actually he warned us over and over against wandering into such “thickets of opinion.” Mr Batchelor suggests nowhere is this problematic philosophizing more evident than in the two truths.

No doubt there is a litany of potential problems inherent in the two truths. But the most dangerous of these is how the two truths inevitably encourage a dualistic world-view that creates a mind-spirit split from the body-material world. I fear all of this is true.

Similar objections have been raised in regard to original awakening. Tathagatagarba is the doctrine of a potential of Buddhahood, and later describing the exact identity of the causal world and awakening. It is found among other sources in the Mahayana Mahaparinivara Sutra, the Avatamsaka Sutra, and the Awakening of Faith, and rests at the foundations of Zen’s understanding of awakening. And with original awakening has become the subject of serious criticism. The most vocal of these critics are the Japanese scholars Noriaki Hakamaya and Shiro Matsumoto, who are particularly concerned for the primacy of the historic Buddha’s insight into dependent origination. And they correctly note original awakening comes quite late to Buddhist understanding, associated really only with the Mahayana school. They actually go a step farther and suggest because Zen is so tied up with this insight that it shouldn’t even be considered Buddhist.

While he has his own fish to fry, I think we can use Stephen Batchelor’s critique of the two truths as a sufficient stand in for the issues regarding Zen’s approach to awakening, and whether it matters if it is “Buddhist” as defined by what the Buddha himself may or may not have taught. Focusing on the identity of emptiness and phenomena, awakening and the stuff of the world, Mr Batchelor gives particular attention to that line from the Heart Sutra. “Form is emptiness, and emptiness is form. Form is not other than emptiness, and emptiness is not other than form.”

For Mr Batchelor this line is an attempt to solve what he calls “an unnecessary problem…” It is just more of that thicket of opinion, now given Buddhist clothing. But, me, I don’t find the Heart Sutra an attempt at squaring a circle, resolving an otherwise unresolvable philosophical conundrum of a false dichotomy.

For Steven Batchelor, as for professors Hakamaya and Matsumoto and others there are two principal concerns. One the Buddha never taught these doctrines as they’re presented, and two, they can and indeed have led to all sorts of abuses ranging from aridity and disassociation from our lived lives for many practitioners, to a host of social ills that can be found in East Asian cultures and that can be associated with a sacralization of the ordinary mess, and with that becoming a justification for all sorts of ills.

This is a real problem. I recall a story about a terrible industrial crime in Japan, where pollutants were poured into a bay that poisoned a whole village. The defense was that they, the polluters were as much a part of the whole as the rest of the community, and their actions to their hell bent chase after short-term profit therefore was natural and excusable.

As to the first point, it can easily be argued each of these teachings are in fact implicit in the attributed teachings of the Buddha. One can indeed reasonably infer them from what we believe we know he actually taught. Although the beauty of Zen is not whether the canon supports its assertions, but whether they are true as defined by what they can do within a human heart. The proof of Zen’s existence is not appeal to the past, but by the taste of the pudding. As to the second point, there is no doubt abuses can and have been perpetuated in the name of these teachings. But, here’s the deal. True things tend to be both powerful and dangerous, they are at the very least two-edged swords. So, if they point truly then the question is only how do we approach this matter? And the answer to that is to engage with caution and care.

And, so as to that line in the Heart Sutra.

In his youth Dongshan noticed a plain contradiction in the sutra. How, he asked, could something be both something and not something? The Zen teacher and abbot of the Nebraska Zen Center Dosho Port comments on this, noting how commonly today “this apparent contradiction noted by Dongshan is explained away with the two truths doctrine. As this line of thinking goes, from the perspective of the absolute (emptiness), there are no eyes, no ears, no everything but from the perspective of the relative (form), there are eyes, ears, and many other things.”

Port Osho points out this is flat contradictory with another passage in the sutra, “form does not differ from emptiness, emptiness does not differ from form. For itself is emptiness, emptiness itself is form.” He goes on to cite Dogen who wades into the issue in his fascicle on Buddha Nature, in Bielefeldt’s translation, “The foolish think that the Sixth Ancestor might have been sahing that, since humans are obstructed by materiality, they have north and south, but the Buddha nature, being vacant and pervasive, is beyond discussion of north and south.” He, Dogen, adds in “Those who speculate like this must be indiscriminate simpletons.”

Dosho Port warns us, “To use the two-truths speculation as it is often misused, explains away the power of “no,” diminishes the transformative reality of “no,” and makes us indiscriminate, unmitigated, ignorant, powerless dorks.” The problem is reification, which is defined as “making something real, bringing something into being, or making something concrete.” While that “thing” in fact has no independent existence.

What we have with the two truths, and with the Tathatagarba are not wandering into the thickets, are not philosophical speculations. Rather they are pointing, I would go farther and say direct pointing. And, so as Port Osho tells us, When the sutra declares, “no eyes,” that “does not mean that we don’t have eyes, just as ‘no attainment’ doesn’tmean that devotedly practicing the buddhadharma will result in no (in the usual sense of the word) attainment. ‘No’ just means that from the yes to attainment and beyond there is nothing but vastness, no holy – just this vividly hopping along life and death.”

I find this particular passage is a declaration of who and what we are, and a pointer for those of us who would find the great peace in the midst of this roiling sea. This is why the Zen teacher Rachel Mansfield-Howlett tells us how “I discovered an even broader truth: that my body is the same as the redwood, the mountains and rivers, oceans and kelp forests, and the great earth itself.” If we can’t quite express the deepest experience of our hearts with precision, we can bring images and allusions to help. And so the Heart Sutra isn’t meant to be a theological assertion, it is no squaring a circle, it isn’t a wandering into the thickets of opinion, it is poetry, and in that poetry, it points.

To some great rising.

Of the heart. Of the mind. Of our lives…

October 5, 2016
My Quest for Unbiased News: Or, More Notes on the Fool's Errand
Next Post

October 7, 2016 A Very Small Eulogy for an Archbishop
Recent Comments
0 | Leave a Comment
"everything Jesus has to say about being a true believer of the true way is ..."
Isa Kocher HONEST TO JESUS: The Zen minister ..."
"My translation at http://home.pon.net/wildros...and here https://terebess.hu/english...Terebess has 26 translations at https://terebess.hu/zen/tex..."
Gregory Wonderwheel Faith in Mind, the Xinxinming, a ..."
"Happy birthday in advance, thanks for this thoughtful article and the ones to follow it."
Oliver Oehm Sun Faced Buddha, Moon Faced Buddha: ..."
"Thanks, James. While not specifically Zen, a sangha member alerted me to the book A ..."
Julie A. Nelson Holders of Lineage: A Small Meditation ..."
Browse Our Archives
Related posts from Monkey Mind