Even What We Think Matters. A Zen Teacher Reflects on the American Presidential Election

Even What We Think Matters. A Zen Teacher Reflects on the American Presidential Election November 12, 2016 James Ford 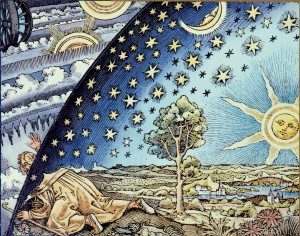 From my friend, the Zen teacher Josh Bartok. Reprinted with permission…

Like so many of us, yesterday I was too paralyzed by sadness, grief, and terror to be able to do much more than stumble darkly through my day—on very, very few hours of sleep. I am still terrified, still grieving, and still sad beyond words—but amid my disorientation and incapacitation I can begin to think about first steps forward in the service of the sangha of all beings.

What is happening in the US is not, tragically, new. It’s been here since the founding of the country—but it’s now rising up like a tsunami with undeniable force. And, of course, we’ve seen it elsewhere. In the 1940s, in Budapest, Hungary my Jewish father’s family was killed by Nazis. Ultimately, I think the transgenerational trauma of that event in part led to my dad’s suicide in 2008. And I know I still experience the transgenerational traumatic effects of it, especially and renewedly now. Truly, the karma of all actions ripples and resonates throughout space and time. This is the principle that lets us actualize our bodhisattva vows.

It is very, very clear to me that we need each other more now than ever before. The sangha, larger and smaller, needs us. People of color, Muslims, Jews, women, girls, and LGBTIQ people need us. I need us. We need us.

I am not an expert in social justice, activism, or fighting racism. I am not experienced in being part of spiritual leadership as my country begins to solidify as a dystopian fascist oligarchy. I really don’t know what to do.

But is clear that doing nothing, saying nothing is a default on the debt of gratitude I owe to the Buddha, the Dharma, and all beings.

Holding the space of grief and fear for myself and others, bearing witness, hurting when it’s time to hurt, living from love in every way we can—all of this is profoundly important, essential, life-sustaining, grounding, and of real power for the Way. Our spiritual practice is more urgent now than ever before. It can give us the possibility of reorienting choicefully moment by moment, encounter to encounter, to love, to simple kindness. It will let us be undestroyed amid the destructive powers of the world.

Doing what we can, when we can, in the amount can, we can begin to requite the debt we owe to all beings.

So what should we do, what can we do? I don’t know… AND, amid that not-knowing, here’s something a Facebook friend, Rob Santos, wrote:

“As a well-privileged white guy, I will not be forced to make an action plan. If I do nothing for four years, I know I’ll be spared. I can afford to do nothing if I choose. Being a good liberal, I can rest comfortably in an armchair and launch knowing criticisms of how fucked it all is, without once getting up and contributing bodily energy to protecting those who are more exposed, to resisting Trumpism with my actions, not just my words.

Here’s what I’ve done so far:

1) Spent time to contemplate my options independently, before asking you others what to do. Did my best to imagine the possibilities, what I’m capable of, who I’ll need to ask for help, a timeline, etc.
2) Asked others for input and revised my plan based on that.

Here’s what I have so far:

1) When I witness acts of hate and marginalization, move to the side of the victim and invite them to a safer place.
2) To the extent that it’s reasonably safe, spoil the moment for the aggressor with my words, I.e., tell them “that’s not cool/that’s racism/you’re abusing a stranger.” Speak so they and others can hear. Drop a note a shame on them, to create some inner friction for them in future moments.
3) Volunteer with an organization that already exists to fight Trumpism and protect those most under threat. Show up, do actual work, and give money.
4) Signal boost. Echo and promote the ideas and voices of others who are not as easily heard as I am.
5) Take opportunities to compassionately engage other cis white men to challenge themselves to state their individual plans for action.”

I need you. The sangha needs you. The world needs you, personally—your own your own energy, your own time and effort, and your own showing up.

I hope to see many, many of you there.

We can’t do it—any of it—by ourselves, and nobody else can do it for us.

With a heavy heart,

And profound appreciation for all you,

(The Reverend Josh Rosenthal Bartok is a Zen priest and abbot of the Greater Boston Zen Center in Cambridge, Massachusetts. He is considered one of the leading figures among the new generation of Western Zen teachers.)

November 13, 2016 WHAT NEXT? A Meditation on the Election of Donald J Trump as President of the United States of America
Recent Comments
0 | Leave a Comment
"James, thank you for this fresh breeze of truth. On Holy Saturday, all pretense is ..."
Robert Jonas The Zen of Holy Saturday: A ..."
"Thanks for this. Putting Amato and O'Brien in my queue. And so glad you included ..."
Zen Buddhism The Short Course in Zen: Five ..."
"love this James"
Roger Butts The Zen of Holy Saturday: A ..."
"The Ten Ox-Herding Pictures are fascinating and have everything in them that anyone needs to ..."
Jay The Fat Man and the Ox
Browse Our Archives
get the latest from
Monkey Mind
Sign up for our newsletter
POPULAR AT PATHEOS Buddhist
1