A Love Letter from the Deep: a Zen Reflection on Case 15 of the Gateless Gate

A Love Letter from the Deep: a Zen Reflection on Case 15 of the Gateless Gate March 10, 2017 James Ford 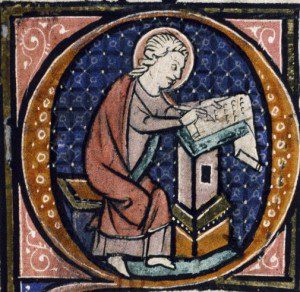 I opened my email today to find the poem of the day from Panhala was by the Medieval Japanese Zen monk and poet Ikkyu. In Sonya Arutzen’s translation.

Every day, priests minutely examine the Law
And endlessly chant complicated sutras.
Before doing that, though, they should learn
How to read the love letters sent by the wind
and rain, the snow and moon.

Sojun Ikkyu is one of my favorite Zen teachers. He was born sometime in 1394 in a suburb of Kyoto to lower ranking noblewoman and, some said, the emperor. At five he was placed in a Rinzai monastery. Years passed. He studied with a number of teachers. Finally he had his initial awakening while struggling with the 15th case in the Gateless Gate koan anthology. (Here is a translation by Katsuki Sekida and another by Nyogen Senzaki & Paul Reps.)

Dongshan Liangji was one of the great figures in Zen’s history and legend. He lived in the ninth century and is the traditional founder with one of his dharma heirs of the Soto school. And with that he is also a direct lineage ancestor of mine. So I reverence him as an ancestor closer to me in many true ways than if by blood.

And the teacher of his heart would prove to be Yunmen. This is their first meting. The narrative of the case looks straight forward, at last at the beginning. The old master asks where has the younger monk has been, and is given that narrative of his meanderings on the Zen way. In fact there’s nothing unusual in the account. Traditionally in Chinese Zen monasticism after a period of time, usually about five years, a monk was encouraged to go on pilgrimage. And that’s the case for Yunmen at this moment.

So, the question is fair. And the response certainly seems to match. But, then there’s the turn. Yunmen declares “I spare you sixty blows.” Zen is notorious for abrupt and sometimes violent responses. Here the strike of the stick has been rendered symbolically. I spare you a thrashing. Physically, anyway. Of course we all know words can in fact break bones.

Dongshan probably then made his formal bows, and withdrew. But, that isn’t the end of it. He fretted over the encounter. He probably dropped it into his formal meditation. Actually likely it was his meditation. And the next day, at least as the story comes to us, he returns to the master and asks a wonderful question. “Why?” Here we find what I believe to be the heart core of the Zen way. The question.

We have many questions in our lives. Where do I come from? Why am I here? Where am I going? And if we take it up as the focus of our spiritual life, we can render it, reduce it, boil it down, and make it present in every moment. I like thinking of it as a child’s questioning. Why? Why? Why? Why? Why? Of course, at some point we might even see the question taking other directions. Who am I? What is this? At the beginning of the anthology in the Gateless Gate, in its first case we are given the ultimate rendering of the question, a consolidation of all our questions, at least for followers of the Zen way, of all the questions of the world into one word. Not. No. Negative. In the original language, depending on one’s dialect, Mu or Wu. This word conveys all the longing and curiosity and hope and dreams, bubbled and boiled, and rendered into a syllable. Think of it as holding and presenting a deep curiosity. Yours. Mine. Ours. The world’s.

And with this great knot at the heart of our humanity, Dongshan returns to the teacher and puts it all into words the best he can. Words can kill, and they can give life. He takes the universal longing of our human hearts, and, really, the deep questions of his own life, and his own wanderings, and he presents it in the most personal and intimate way possible. Dongshan asks, “Where have I gone wrong?”

I know that question. I know that phrasing. Perhaps you do, as well. Perhaps it can be the expression of your whole life.

And as a reward for opening his heart and showing who he was, Dongshan got a berating. Rice bag is the ultimate insult for a Zen monastic, being described as nothing but a waste of food. Specifically he is challenged for doing what he was supposed to do, wandering among the masters, and sitting with his companions of the way, holding on to nothing, like clouds, like water.

Of course, there was a holding. Lots of grasping, in fact. I certainly know this internal holding. I’ve clung to my wounds, sometimes vastly too long. I’ve clung to my loves, sometimes long too long. I’ve held on to some story or another as if for my very life, thinking it can give me meaning. We can fritter our whole lives away with that grasping, that life taking clinging to one thing or another, although it usually boils down to a sweet lie we like repeating to ourselves, like Golum’s precious. But, Dongshan, he was ripe. He was vulnerable. He brought his question out and it was answered. His hands opened. And he learned a new way of holding.

Five hundred years later the young monk Ikkyu is given this story to consider. He struggled with it. At first, if he did it the way most of us do, by looking at the outside of the question. This can take a while. And eventually by finding his way into the inside. Where we are all invited on this way. And it certainly rang true. Ikkyu’s own life was one of wandering with the question. Since being placed in that temple, he’d kicked around and studied with several teachers. Once he felt he found his true teacher in a master named Ken’o. With him he’d begun to truly dig into the matter of just sitting, zazen, the foundation of all Zen’s practices. He became so close to him that when the master died, after performing the rites on his behalf, tried to drown himself. Rescued, Ikkyu resumed his wanderings, until he found the master Kaso, head of a branch temple of Daitokuji.

This wasn’t Ikkyu’s first case, he actually seems to have proceeded through a number before he was given this one. That’s worth noting for those who too tightly connect passing koans and awakening. I have little doubt Ikkyu’s sojourn with each of them and his “passing” them were authentic moments. But, they were intimations of things to come. Echoes from the future of the question asked and answered.

And it was this particular case, mirroring in some profound ways his own life, that worked. I love this case, because it seems to mirror the life of a genuine spiritual pilgrim. We all of us wander, often in the world looking for the right practice and the right guides. Me, I know it. I danced with Sufis. I sat at the feet of Vedanta monks. I heard Tibetans and Sikhs, Christian priests, and rabbis expound their understanding of the deep currents of their lives. I met many Zen teachers and lingered with several. Perhaps you have done something similar. I know you have.

Of course the deeper wandering is also there. Yours and mine. That wandering within our own hearts and minds, looking, exploring, lingering, moving on. Each of us, as that lovely line puts it, contain multitudes. And we need to become familiar. We need to know the contours. We need to find the intimacy of our questions.

And, then, a time comes. For each of us it is something different. For Ikkyu while deep within the heart of this koan, a band of blind singers came to the temple and performed. As they did, the words of the question dropped away, and the whole thing simply presented itself.

Ikkyu saw into the heart of the matter. Now, even with this deep insight, he had to continue on, to deepen more, to understand ever more fully. This is a spiral journey, revisiting over and over, although never quite in the same way. Stepping from this magical moment he would have other experiences. And, he would integrate. And he would forget. And he would discover anew. And he would, actually, continue to wander in these new ways, with new eyes, with new ears. In that something of a guide for us, as well.

But, here’s a question for you. What for you distills the questions of your heart? Where is the koan, the matter that needs clarifying, for you? Where does the koan, that presentation of reality and invitation into intimacy, bring you?

Ricebag?  Wanderer? Lover of leaving? Do you hear the love letters? They’re tumbling from the sky? They’re carried by the wind and the rain and the snow and the moon. They’re squawked at you by that little band of parrots flying by right now.

Why don’t you open one, and read it?

March 11, 2017 In the Neighborhood: A Meditation on the Golden Rule, Cheaters, and Prophets
Recent Comments
0 | Leave a Comment
Browse Our Archives
get the latest from
Monkey Mind
Sign up for our newsletter
POPULAR AT PATHEOS Buddhist
1