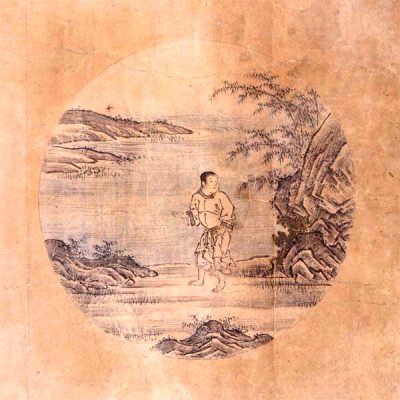 An amazing resource put together by the Reverend Meredith Garmon, a dharma teacher with Boundless Way Zen as well as senior minister of the Community Unitarian Universalist Congregation at White Plains, New York.

This index lists the koans of the three central collections used in Harada-Yasutani lineages of Zen:

Some koans appear in more than one collection, and the total number of different koans is 210.* This index, when complete, will list all 210 cases, with links to posts providing the text of each case, plus a number of comments and verses. The order of the koans is roughly chronological with koans that have the same “main character” grouped together.

*Counting duplications is not always straightforward. For example, BCR1 and BOS2 are listed here as one koan, as are BCR84 – BOS48, and BCR91 – BOS25, though they have slightly different endings. BCR63 and BCR64 are two separate koans in the BCR, but are combined into one koan in both GG14 and BOS9. This index counts them as two koans. The following are also treated as two separate koans because one adds substantial material at the end while the other gives only the first part.

July 29, 2017 Nebuchadnezzar II Takes Jerusalem & With That Sets a Magical Stage
Recent Comments
0 | Leave a Comment
"There is a novel based on the philosophy of the Ten Ox Herding Pictures called, ..."
Jay A PILGRIM’S PROGRESS:  Zen, Maps of ..."
"That's a nice cartoon. It always fun to go back in time and see how ..."
David Brevik Fiddlesticks: Recalling the First Colored Sound ..."
"This is a wonderful and incredibly focused article. I am grateful to have read it ..."
Koshin Moonfist Zen Funerals, Rinzai Style: Reflections on ..."
"Mouse eats cat food, cat bowl is broken, then what? - Seung Sahn"
Robert Flannery AN INTRODUCTION TO THE ZEN KOAN
Browse Our Archives
get the latest from
Monkey Mind
Sign up for our newsletter
POPULAR AT PATHEOS Buddhist
1