Telling the Truth: Advice for the Preacher

Telling the Truth: Advice for the Preacher July 11, 2017 James Ford 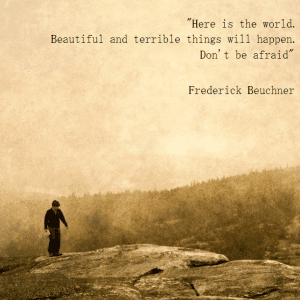 So the hymn comes to a close with an unsteady amen, and the organist gestures the choir to sit down. Fresh from breakfast with his wife and children and a quick run through of the Sunday papers, the preacher climbs the steps to the pulpit with his sermon in hand. He hikes his black robe at the knee so he will not trip over it on the way up. His mouth is a little dry. He has cut himself shaving. He feels as if he has swallowed an anchor. If it weren’t for the honor of the thing, he would just as soon be somewhere else.

In the front pews the old ladies turn up their hearing aids, and a young lady slips her six-year old a Lifesaver and a Magic Marker. A college sophomore home from vacation, who is there because he was dragged there, slumps forward with his chin in his hand. The vice- president of a bank who twice this week has seriously contemplated suicide places his hymnal in the rack. A pregnant girl feels the life stir inside her. A high-school math teacher, who for twenty years has managed to keep his homosexuality a secret for the most part, even from himself, creases his order of service with his thumbnail and tucks it under his knee

The preacher pulls a little chord that turns the lectern light and deals out his note cards like a riverboat gambler. The stakes have never been higher. Two minutes from now he may have lost his listeners completely to their own thoughts, but at this minute he has them in the palm of his hand. The silence in the shabby church is deafening because everybody is listening to it. Everybody is listening including even himself. Everybody knows the kind of things he has told them before and not told them, but who knows what this time, out of the silence he will tell them?

I see that Frederick Buechner has turned ninety-one today. He is a theologian and novelist, the author of one of my absolutely favorite spiritual novels, Godric. I consider him a universal spiritual treasure, worth knowing better whatever one’s particular religion.

At one of my very last sermons as the minister at the First Unitarian Church of Providence, I reflected on the preaching life. In it, sort of as the text, certainly, as the driving heart of the matter I cited Frederick Buecher. It is that reading I lead off with here, from his book Telling the Truth. Specifically I explored a small reflection of his that I consider the lacuna of the preaching life.

For me it turns on that silence out of which one must speak.

There is a missing hole in preaching, or rather there should be. It’s in that silence. Over the years I’ve approached that gaping hole, sometimes a wound, sometimes a well, with fear and trembling. It is that silence. To take on the mantle of a preacher, whether it be proclaiming the Dharma in a Zen talk, or a sermon from one of New England’s high pulpits, or being asked to say a few words for a gathering of pilgrims or justice workers, the responsibility is always the same.

I noted how that reflection of Buechner’s I cited is gathered in a book called Telling the Truth. Actually, that title tells it all. If we have embraced the hubris of telling the truth, we need immediately after to surrender the hubris, and to be very careful about what words we speak.

I and most of my friends have long since learned that old line about sticks and stones and words is a complete lie. Words can hurt. Words can kill. And, in the preaching project words can give life. In the project of preaching we are absolutely talking about death and life. Our words can wound, even kill. And here’s the wonder of it all: they can be life saving.

St Francis is said to have said “Constantly preach the gospel. If necessary use words.” And, as the Zen teacher Dainin Katagiri tells us sometimes “you have to speak.” So, we who are invited to speak we are called to know that of which we are speaking. Or, perhaps it is even better to recall the silence, and to find our not-knowing.

So, dear preachers, proclaimers of the dharma, tellers of the good news, here’s our constant question. Have you found that silent place? Have you touched the wound? Have you drawn from the well? Tense of course is interesting here. Past. Present. Future. Within the silence which is it?

Now, there is a mercy going on, as well. The truth of the matter is that we never know enough, we’re never integrated enough, we never will be the perfect vehicle of that saving word. What Mr Buechner points to in that lovely passage is the mercy that comes from that silent place where we can’t even be sure of past or present or future.

So, this isn’t a rebuke of any speaker. Rather it is a call to all of us to put our hearts in the way of the spirit’s currents. Trusting mercy, we need to court the silence.

The wisdom of our hearts is in fact the wisdom of the world. It is the deep place, it is that wound. It is that well. We notice it when we notice the lacuna. We find it in the moments of silence.

And, then, with just a little luck the spirit rests on our tongue.

July 12, 2017 Thinking of Henry Thoreau
Recent Comments
0 | Leave a Comment
Browse Our Archives
get the latest from
Monkey Mind
Sign up for our newsletter
POPULAR AT PATHEOS Buddhist
1