The Awakened Life: A Zen Meditation

“Sit, be still, and listen,
because you’re drunk
and we’re at
the edge of the roof.”

It doesn’t take a whole lot of unpacking. Form is the phenomenal world in which we live, the great play of cause and effect, where you and I and all things rise and fall within that play of things. Empty points first to the fact none of these things, not the individual things like you and me, or rocks or stars have any special essence about them. Things are moments. Things are verbs. Things, that is, again, you and me, we are boundless, we are the cosmos itself. Or, rather a momentary coalescing of the cosmos itself.

We all experience the hum of the universe in its great play. But, we normally experience it as hurt, as pain, as longing, and as anxiety. We experience the hum of the universe as hurt because we cling to the things of the world, like ourselves, like our loved ones. Whatever stories we spin about how things are not as they are, but rather we and those we love will be the exceptions, and will not pass away, are put to the lie by everything that we can see going on around us.

The project of Zen is awakening. It is experiencing the reality of the play of the universe without a veneer of self-deception.

The American Buddhist poet Jane Hirschield describes it deliciously, and without any extras.

“Zen pretty much comes down to three things — everything changes; everything is connected; pay attention.”

Of course, this awakening isn’t something that Zen, or Buddhism, or religion owns. This Zen path just has seen the issue a bit more clearly than most and found particularly skillful ways, technologies of the spirit, if you will, to deal with it. But others can describe it and the process. And do. For instance the American Unitarian Universalist poet Mary Oliver sings the heart of the way to us.

“to live in this world
you must be able
to do three things
to love what is mortal;
to hold it

against your bones knowing
your own life depends on it;
and, when the time comes to let it go,
to let it go”

What I like about Ms Oliver’s poem is that it points to something that people on this Zen Buddhist path often miss. There is a danger in the bare assertion that our hurt rises out of our grasping after that which is passing. The metaphor is that it is like trying to grab water with your hand. The problem is that it is in fact much messier than that image conveys.

“It” is the whole deal, the fact of our lives, the passingness of our lives, and, the intimate connections we experience every step along the way. In Buddhism just turning away from the things of this world of hurt can became quite seductive. And it is easy to find people who will tell you the trick is in fact in that very turning away. But, this isn’t the deal. Certainly, it is not the deal as I have experienced it. The Japanese Buddhist poet, Kobayashi Issa, wrote a poem at the death of his child.

The path is not found in turning away. It is found in seeing through and acting from that place of transparency, as one master said, “taking up the reins with empty hands.”

When we see into our empty hearts, we don’t see something dead, coals and ashes. Rather in seeing through we experience a world of intimacy. We still have that experience of a hum. And we know it is all passing. And there is always some sense of sadness with that knowing. But, it also everything becomes more precious, more luminous. It is alive. It is mysterious. It is at once terrible and so beautiful.

We open our eyes and our hearts and we find the Zen teachings in that Medieval Dominican, Meister Eckhart’s words.

“The eye with which I see God is the same with which God sees me. My eye and God’s eye is one eye, and one sight, and one knowledge, and one love.”

The awakened life is one of care and attention. It is meeting the moment fully. And it is letting go of the next thing. At least until the next thing arises.

And so in Zen the great exemplar is the bodhisattva, the one who sees the hurts of the world, the one who hears the cries of the world. And then in that seeing, with that hearing, reaches out. The play of the universe becomes the play of love, the hum of motion becomes the song eternal. And so the various paths, Zen, Buddhist, Christian, Hindu, Jew, Muslim, all point, and if not turned into dead letters, but fully seen through, then a world of grace opens for us.

The world is on fire. No doubt. We are as Rumi sang to us, drunk and at the edge of a roof. Hatred, grasping, and endless certainties are poisoning the world. We need to sober up. We need clarity, and generosity, and far ranging curiosity.

The way of awakening  is a response to the call of loving hearts. It is seeing this burning world, and not turning away. It is finding the hurt and looking to help.

Sit, be still, notice. And then in that noticing, get up, and help out.

Our awakening is an invitation to a great feast, where no one is turned away.

And God is found in the breaking of bread. 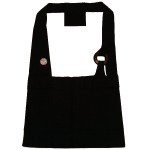 September 8, 2017
A Brief Guide to Reading About Soto Zen's Bodhisattva Precepts
Next Post

September 10, 2017 What Latin Sounded Like
Recent Comments
0 | Leave a Comment
"I was always taught (since 1970) that in China, anyway, the five classic poses for ..."
Neva Trejo A Note on the Use of ..."
"A wonderful piece, James. I was recently sitting a week long thing, and two days ..."
Keith Angilly A Note on the Use of ..."
"Thank you, Mark."
jamesiford The Zen of Lewis Carroll: A ..."
"Thanks!"
Bob Evans Considering Universalism: The Secret Teaching of ..."
Browse Our Archives
Related posts from Monkey Mind 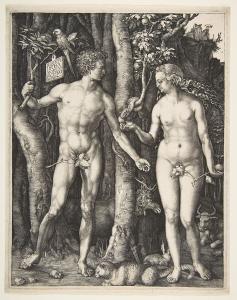 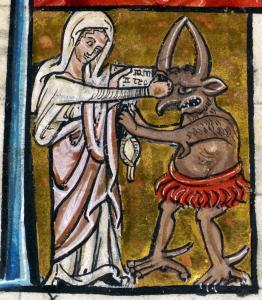 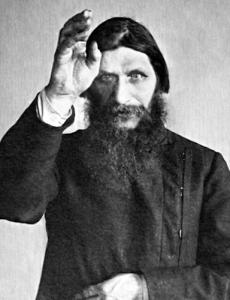