Three Pointers on the Zen Way: One by a Buddhist 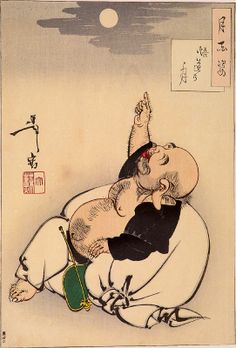 Where were you when I planned the earth?
Tell me, if you are so wise.
Do you know who took its dimensions,
measuring its length with a cord?
What were its pillars built on?
Who laid down its cornerstone,
while the morning stars burst out singing
and the angels shouted for joy?

When the morning star appeared, I and the sentient beings of earth simultaneously attained enlightenment.

The Buddha as attributed by Eihei Dogen

Okay, if these aren’t clear, maybe this will help.

September 19, 2017 International Talk Like a Pirate Day
Recent Comments
0 | Leave a Comment
"An excellent essay, and a necessary one. I quibble about the UU T-shirt which says, ..."
Ohyetwetrust CHANGE & NOT KNOWING: Darwin, Huxley, ..."
"I appreciate your acknowledgement that since you didn't know the source of most of the ..."
Harold Wood Recalling John Muir, Nature Mystic, and ..."
"I purchased "This is It" back in 1974 simply because of the paperback cover. Now ..."
Ed Alan Watts Turns One Hundred & ..."
"One basic error of every "optimistic" philosophy is thinking that humans are evolving into more ..."
bill wald ALL BEINGS, ONE BODY: A TRUE ..."
Browse Our Archives
Follow Us!