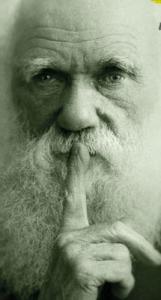 Charles Darwin was born on this day in 1809.

Me, I mark it out as a time to pause and reflect on many things.

An interesting article at Wikipedia notes how his birthday has been observed as something special pretty much since his death in 1882. However in 1909 on the centenary of his birth a number of events marked the day out. These included a gathering of over four hundred scientists and others at Cambridge where papers were read. Also, another event was held at the American Museum of Natural History, which included the unveiling of a bronze bust of the master.

Throughout the twentieth century there were various events celebrating the man and his influence on biological science.

Of course that word “holiday” is a contraction of holy day and it is hard to miss at least a hit of spiritual enthusiasm in the celebration of Darwin Day. Or, I find it so. And, at the very least, it gives me an excuse to ruminate on Darwin’s spiritual side.

Both sides of his family, the Darwins and the Wedgwoods were all Unitarian. Which makes me happy. Of course there were other strains of thought in the family. His renowned grandfather Erasmus was a notorious freethinker. As, it appears, was his father. And there were Anglicans in the mix, as well.

In fact Darwin was baptized Anglican. Although throughout his childhood he was taken to Unitarian services by his mother. And there was enough discomfort with orthodoxy that he first went to the University of Edinburg, a popular alternative to Oxbridge for nonconformists. However while he went there to study medicine, it was quickly obvious young Darwin had no passion for it. So, when he showed some interest in theology, his father, a practical man if also a freethinker, purchased a living for an Anglican priest at auction. And with that Charles was packed off to Cambridge to prepare for ordination.

But, again he proved fickle in his interests. Which appear to have been more focused on riding and shooting than reading. However, by the time he took his degree he had found his passion in natural sciences.

He would remain a nominal Anglican for the rest of his life. His passion for the natural sciences, however, would only deepen.

Spiritually Darwin moved from theism to deism, and it would seem he finally settled on agnosticism, the term coined by his associate and friend Thomas Huxley.

Louis Ruprecht, a religious studies scholar, and chair of the field at Georgia State University wrote a wonderful article, where he tells us:

“Darwin’s own faith journey was a complex one. His theories drew him ever further in the direction of biblical agnosticism. And while his God may have been a creator, the order this God created evolves in its own stop-start way, with unseemly amounts of violence. Cataclysm is the engine driving the evolutionary train. Earthquakes may make mountains, but they destroy a great deal of human and other habitation in so doing.

“It is thus telling that, when asked later in life about his most memorable life experiences, Darwin would recall climbing to the peak of the Andes… and then later supplemented that sublime memory with a trip to the Brazilian rain forest. What he felt there was reverent awe, wonderment, a simultaneous impression of nature’s fecundity and overarching embrace; an embrace in which we humans may well disappear.

“But unlike most contemporary evolutionary theorists who emphasize the random and accidental quality of genetic mutation, Darwin had the sense that natural selection was going somewhere, that it had a purpose. That purpose was the creation of a more beautiful natural order. Here is the rousing conclusion of his 1859 classic [On] The Origin of Species:

“[F]rom the war of nature, from famine and death, the most exalted object of which we are capable of conceiving, namely, the production of the higher animals directly follows. There is grandeur in this view of life, with its several powers, having been originally breathed by the creator into new forms or into one; and that, whilst this planet has gone cycling on according to the fixed law of gravity, from so simple a beginning endless forms most beautiful and most wonderful have been, and are being, evolved. [italics Ruprecht’s]”

Certainly Darwin’s agnosticism, and Huxley’s has a fervency about it that I find compelling. Maybe even pointing to a living spirituality suitable for our faithless times…

In any case, a worthy moment to pause, and to consider one of the founders of modernity.

And, for me to wish you all a blessed Darwin’s day!

February 10, 2018
How To Spot Fake News: And, Why We're Probably Screwed
Next Post

February 13, 2018 Tevye's Many Hands: A Meditation on Zen & the Ways of Nondual Embodiment
Recent Comments
0 | Leave a Comment
"At the risk of shameless self-promotion I preached a sermon on Julian of Norwich on ..."
amylynn1022 Julian of Norwich and Love. A ..."
"Yes. Lots of depth there. The Psalms are so crucially important to me. I don't ..."
Roger Butts A Unitarian Universalist Investigation of the ..."
"Think globally.Act locally.There is a lovely book available called Jesus and Buddha. It shows passages ..."
james warren The Art of Peace in a ..."
"We should not idealize or condemn Muir or anyone else. Muir was a man of ..."
Silverwolf13 A Feast for John Muir, Nature ..."
Browse Our Archives
Related posts from Monkey Mind 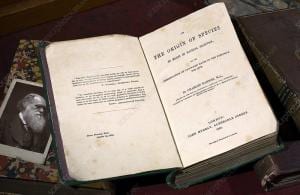