A Little Zen Wisdom About the Stories that Haunt Our Lives

A Little Zen Wisdom About the Stories that Haunt Our Lives July 10, 2018 James Ford 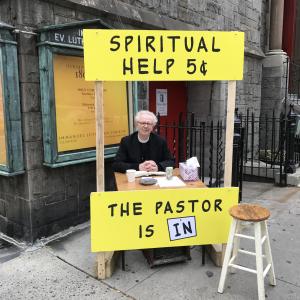 I stumbled upon this in my files. At this point I have no idea where the story originated. But, the retelling is mine.

May it be helpful…

Once there was a couple who lived together more happily than not for twenty years. Much too early the woman became ill with a terrible disease. As sometimes occurs the woman became obsessed with what would happen after she died. Not her afterlife, her husbands. I’ve been with too many people in hard times to really pass judgment on what it is that people think or feel. Life is too hard to harshly judge the vagaries of our human hearts.

Anyway, she asked her husband to not marry again. We don’t know if he was reluctant or not, but he agreed. She then went on to say, “If you break your promise I will return and haunt you and make your life a living hell.”

Not long later she died. A few years after that in a widow and widower’s support group he met a delightful woman. In addition to the shared sadness, they had many, many things in common. They began to do things together, movies, museums, evenings at WaterFire. Gradually they fell in love. At some point he asked her to marry him.

The night he proposed marriage, his late wife appeared. For a week she came back every night, reminding him of his promise. It was a terrible ghost, who knew everything about him, every thought that popped into his head, every feeling that raced through his body. The ghost told him everything he held secret, and seemed to have complete power over him. The ghost told him he had to break off his marriage plans or never get another night’s sleep.

Deeply frightened he went to an old friend, someone he knew to have wisdom about her, who knew the stories of the human heart. He told her this story, and wept. His friend listened, thought a little, and told him what to do.

That night he put a bowl of dried red beans on his bedside table. When the ghost appeared he told it “I’ll do whatever you ask. But on one condition.” He then reached into the bowl and grabbed a handful of the beans. “I’ll do as you ask, but only if you can tell me how many beans there are in my hand.”

The ghost vanished, and never reappeared.

July 11, 2018 The Zen Teachings of Jiun Sonja
Recent Comments
0 | Leave a Comment
Browse Our Archives
get the latest from
Monkey Mind
Sign up for our newsletter
POPULAR AT PATHEOS Buddhist
1 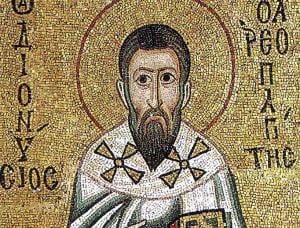