Faith of the Heart Mind: 20 English Translations of the Xinxin Ming

As the Wikipedia article on the Xinxin Ming tells us:

It is one of the foundational documents of our Zen way. It’s importance is probably not possible to overstate.

This collection of English translations was adapted from the ever amazing Terebess archive.

July 18, 2018
Fingers Pointing to the Moon: A Small Reflection on Zen Buddhism, Zen Christians, and Christian Nonduality
Next Post

July 20, 2018 Gary Snyder's "Buddhism & the Coming Revolution" Notes from the Dawn of Engaged Buddhism
Recent Comments
0 | Leave a Comment
Browse Our Archives
get the latest updates from
Monkey Mind
and the Patheos
Buddhist
Channel
POPULAR AT PATHEOS Buddhist
1 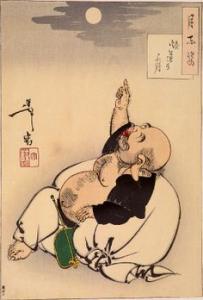 Buddhist
Prophecies of the End: Dreams of Justice and...
Monkey Mind
TRENDING AT PATHEOS Buddhist