As our holiday adventure exploring Yosemite and Sequoia National Parks winds toward its end I found myself recalling something Gary Snyder said about the Parks. Actually over the years he’s said a number of things about the parks. But rummaging around the inter webs I found the line I was thinking of.

It turned out it was his enthusiastic dream world conclusion to his essay “Buddhism & the Coming Revolution,” which was collected in his 1969 collection of essays Earth House Hold. The line is collected in a great jumble of a sentence that includes his hopes for a future that includes fewer people, an embrace of “matrilineal descent,” which I think means a more feminist culture, “free-form” marriage, which I think meant what we today call polyamory and “natural-credit communist economy,” by which frankly I’m not sure what he means. And, it concludes with “lots more national parks.” To which I can only add amen.

I was so grateful to be taken back to this essay. It was originally published as “Buddhist Anarchism,” in the first of the four issue run of the Journal for the Protection of All Beings. As that first version of the essay was published in 1961 it becomes one of the very first broadsides from what would come to be called Engaged Buddhism. This is the year John Kennedy would be inaugurated as president.

It is probable the essay was written before that monumental election. This was the dawning of a period, brief, so brief, of enormous optimism among the American people for human possibility. I don’t really think it is possible for anyone reading this in 2018 to fully capture how powerful that moment was.

The term “Engaged Buddhism” would be coined by the Vietnamese monk Thich Nhat Hanh some years later. Although the idea of social consequences to Buddhist teachings had been bubbling for some time. According to Wikipedia the Sri Lankan monk Walpola Rahula was outlining some of what this might look like as early as 1946. At about the same time on the Indian subcontinent B. R. Ambedkar was developing a socially engaged reformed Buddhism. And, even earlier, in China a Humanistic Buddhist reform movement founded by the monk Taixu was calling for social engagement.

In North America the formation of the Buddhist Peace Fellowship in 1978 by the American Zen master Robert Aitken, Ann Aitken, and other members of the Diamond Sangha Zen community. It soon grew beyond that number including the Shin theologian Alfred Bloom, Joanna Macy and Jack Kornfield. Oh, and Gary Snyder.

The movement of an Engaged Buddhism continues to grow and flower.

Now, I don’t think “Buddhist Anarchism” nor its revised “Buddhism & the Coming Revolution” is merely a historical document. Although it is that. It contains one of the first citations, actually maybe the first citation of the Avatamsaka Sutra as a foundation for a world ethic, as the North Star for any forming Engaged Buddhism.

So, while I can’t endorse every word, and I hope no one would, not at this distance, even Gary Snyder himself – it is an amazing call to human hearts. Something that we can understand today. Perhaps right down to our bones and marrow.

“Buddhism & the Coming Revolution” outlines some critical points, most especially that noticing of our radical interdependence on this planet and how that fact in itself is a profound call to a reframing of our ethical understanding of how we should live here on this small, fragile, ball spinning through the great night.

So, thank you, Gary!

Buddhism holds that the universe and all creatures in it are intrinsically in a state of complete wisdom, love and compassion; acting in natural response and mutual interdependence. The personal realization of this from-the-beginning state cannot be had for and by one-“self” — because it is not fully realized unless one has given the self up; and away.

In the Buddhist view, that which obstructs the effortless manifestation of this is Ignorance, which projects into fear and needless craving. Historically, Buddhist philosophers have failed to analyze out the degree to which ignorance and suffering are caused or encouraged by social factors, considering fear-and-desire to be given facts of the human condition. Consequently the major concern of Buddhist philosophy is epistemology and “psychology” with no attention paid to historical or sociological problems. Although Mahayana Buddhism has a grand vision of universal salvation, the actual achievement of Buddhism has been the development of practical systems of meditation toward the end of liberating a few dedicated individuals from psychological hangups and cultural conditionings. Institutional Buddhism has been conspicuously ready to accept or ignore the inequalities and tyrannies of whatever political system it found itself under. This can be death to Buddhism, because it is death to any meaningful function of compassion. Wisdom without compassion feels no pain.

No one today can afford to be innocent, or indulge himself in ignorance of the nature of contemporary governments, politics and social orders. The national polities of the modern world maintain their existence by deliberately fostered craving and fear: monstrous protection rackets. The “free world” has become economically dependent on a fantastic system of stimulation of greed which cannot be fulfilled, sexual desire which cannot be satiated and hatred which has no outlet except against oneself, the persons one is supposed to love, or the revolutionary aspirations of pitiful, poverty-stricken marginal societies like Cuba or Vietnam. The conditions of the Cold War have turned all modern societies — Communist included — into vicious distorters of man’s true potential. They create populations of “preta” — hungry ghosts, with giant appetites and throats no bigger than needles. The soil, the forests and all animal life are being consumed by these cancerous collectivities; the air and water of the planet is being fouled by them.

There is nothing in human nature or the requirements of human social organization which intrinsically requires that a culture be contradictory, repressive and productive of violent and frustrated personalities. Recent findings in anthropology and psychology make this more and more evident. One can prove it for himself by taking a good look at his own nature through meditation. Once a person has this much faith and insight, he must be led to a deep concern with the need for radical social change through a variety of hopefully non-violent means.

The joyous and voluntary poverty of Buddhism becomes a positive force. The traditional harmlessness and refusal to take life in any form has nation-shaking implications. The practice of meditation, for which one needs only “the ground beneath one’s feet,” wipes out mountains of junk being pumped into the mind by the mass media and supermarket universities. The belief in a serene and generous fulfillment of natural loving desires destroys ideologies which blind, maim and repress — and points the way to a kind of community which would amaze “moralists” and transform armies of men who are fighters because they cannot be lovers.

Avatamsaka (Kegon) Buddhist philosophy sees the world as a vast interrelated network in which all objects and creatures are necessary and illuminated. From one standpoint, governments, wars, or all that we consider “evil” are uncompromisingly contained in this totalistic realm. The hawk, the swoop and the hare are one. From the “human” standpoint we cannot live in those terms unless all beings see with the same enlightened eye. The Bodhisattva lives by the sufferer’s standard, and he must be effective in aiding those who suffer.

The mercy of the West has been social revolution; the mercy of the East has been individual insight into the basic self/void. We need both. They are both contained in the traditional three aspects of the Dharma path: wisdom (prajna), meditation (dhyana), and morality (sila). Wisdom is intuitive knowledge of the mind of love and clarity that lies beneath one’s ego-driven anxieties and aggressions. Meditation is going into the mind to see this for yourself — over and over again, until it becomes the mind you live in. Morality is bringing it back out in the way you live, through personal example and responsible action, ultimately toward the true community (sangha) of “all beings.”

This last aspect means, for me, supporting any cultural and economic revolution that moves clearly toward a free, international, classless world. It means using such means as civil disobedience, outspoken criticism, protest, pacifism, voluntary poverty and even gentle violence if it comes to a matter of restraining some impetuous redneck. It means affirming the widest possible spectrum of non-harmful individual behavior — defending the right of individuals to smoke hemp, eat peyote, be polygynous, polyandrous or homosexual. Worlds of behavior and custom long banned by the Judaeo-Capitalist-Christian-Marxist West. It means respecting intelligence and learning, but not as greed or means to personal power. Working on one’s own responsibility, but willing to work with a group. “Forming the new society within the shell of the old” — the IWW slogan of fifty years ago.

The traditional cultures are in any case doomed, and rather than cling to their good aspects hopelessly it should be remembered that whatever is or ever was in any other culture can be reconstructed from the unconscious, through meditation. In fact, it is my own view that the coming revolution will close the circle and link us in many ways with the most creative aspects of our archaic past. If we are lucky we may eventually arrive at a totally integrated world culture with matrilineal descent, free-form marriage, natural-credit communist economy, less industry, far less population and lots more national parks.

And, finally, and at no extra charge, “If Trees Could Talk.”

July 19, 2018
Faith of the Heart Mind: 20 English Translations of the Xinxin Ming
Next Post

July 21, 2018 The Mountains Are Calling & I Must Go: A Sampler of John Muir's Mystical Teachings
Recent Comments
0 | Leave a Comment
Browse Our Archives
Follow Us! 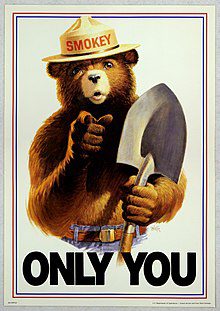 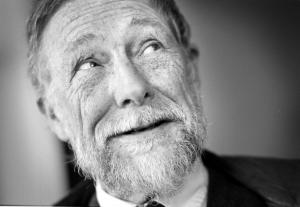 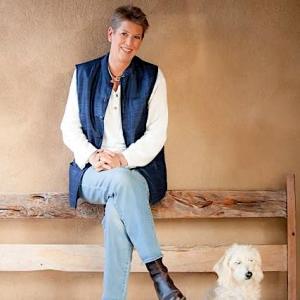 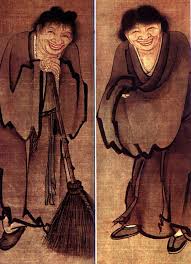