Okay, our little sangha has been going now for a good two and a half years. But, our name, Blue Cliff, was also used by another group, and so we decided to avoid confusion we should change ours. That led us to renaming ourselves Empty Moon just ahead of this sesshin.

This was our fourth retreat, the third at the lovely Pine Mountain Zen monastery in the Ventura mountains above Ojai. But, also, our first as Empty Moon. 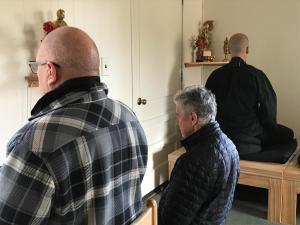 It was a powerful experience.

Much of the drive up from Long Beach was through driving rain. Rain is something we don’t see a lot of in SoCal, and especially not in Long Beach. And it is a near three hour drive. So, a bit on the exhausting side. But we did it. And it was fun enough, good companions, all old Zen hands, and in some ways the retreat was already under way.

As we turned off Highway 33 to Lockwood Valley road the rain had abated to a drizzle. But, almost immediately we came to a flooding across the road at Reyes creek. As that “creek” is mostly a dry bed they didn’t even have pipes running under the road. Instead they reinforced the downward side with large rocks held in place with concrete, and figured the water would do what water does.

For us, however, in our Prius with three Zen practitioners, personal luggage, and some Zen liturgical gear, zafus, and zabutons, it was daunting. 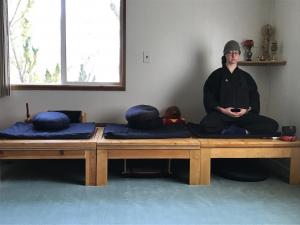 The water rushing across the road looked pretty serious. It was getting toward dark and we couldn’t be complete sure what the right course of action should be. But, we’d already driven nearly three hours. We were really close. And, well, foolish or whatever, we drove deliberately and maybe fractionally too fast across. The water rushed up over us, muddy and fast, and pretty much as soon as the window wipers did their job, we were across. 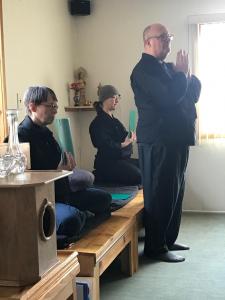 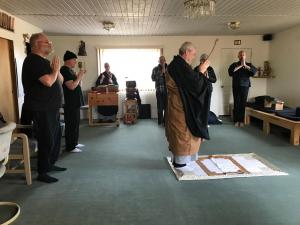 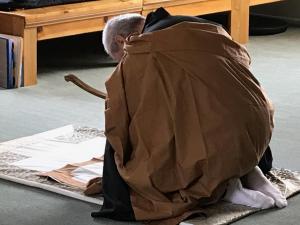 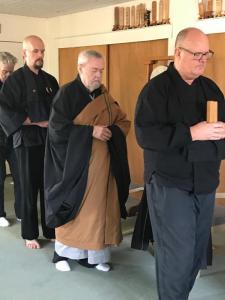 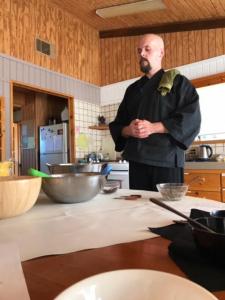 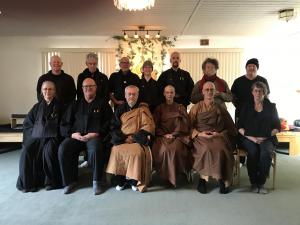 December 10, 2018
Walking the Path of Not Knowing: Reflecting on Thomas Merton, a Saint for Our Times
Next Post

December 12, 2018 Enter Our Lady
Recent Comments
0 | Leave a Comment
"James Ford's article is excellent in that it introduces Buddhism and its relation to society ..."
Michael THE FIFTH OF JULY: A Buddhist ..."
"Dharma is the center of Hinduism, Buddhism, Jainism, and Sikhism. The Hindu bible "The Bhagavad ..."
Michael Zen’s Oldest Text: Three Versions of ..."
"My standard warning and a concern:1) At the intersection of religion and politics, it is ..."
amylynn1022 ZEN & SOCIAL JUSTICE: Ten Rules ..."
"Thank you so much for both the written piece and the video. I have long ..."
Gary Johnson A HOPEFUL DOUBT: A Zen priest ..."
Browse Our Archives
Follow Us!

"Hidden Zen: Practices for Sudden Awakening & Embodied...
In 2009, I had the pleasure of teaching at what is now...

Dàhuì's Second List of Don'ts for the Dog...
One aspect of Dàhuì's teachings, probably best-known today among keyword students, are his...
view all Buddhist blogs
What Are Your Thoughts?leave a comment
Copyright 2008-2020, Patheos. All rights reserved.