Like a Bite of Madeleine: Marcel Proust & His Zen Koan 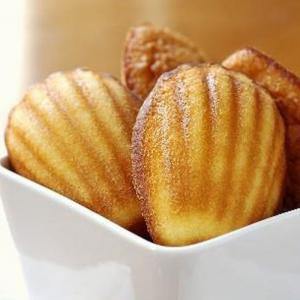 It was on this day, the 10th of July, 1871, that Valentin Louis Georges Eugene Marcel Proust was born in Paris. His was a well to do family, his father Catholic, his mother Jewish. It is said that as he aged, Proust became “an atheist and was something of a mystic.” I rather like that combination of contradictions. It can invite a life of mysteries.

The well to do proved critical for him. Except for a brief period of military service, Proust remained at his parents home until they died. And then he rarely left his bedroom. Mostly an invalid throughout his life, he died in 1922. He was fifty-one. As an author he is renowned for his magisterial A la recherché du temps perdu, translated variously as Remembrance of Things Past, and In Search of Lost Time. It encompassed seven volumes, and ran approximately 3,200 pages (4,300 in the Modern Library English version).

In my late twenties trying to cobble together a hodgepodge of a self-directed education, I read it in the Modern Library edition. I read the first four volumes entirely while waiting for and riding a bus between home and work. That took about a year. Then, I got so caught up in it I consumed the last three volumes in a month.

That book has continued to haunt me. For many reasons. But, not least for a turning moment caught fairly early in the novel where Proust’s protagonist describes eating a small cake, called a madeleine. At the time I thought, oh, my, is that a kensho experience?

I’m positive I was not the first person to notice this. Nor, would I be the last person to reflect on its spiritual possibilities.

For instance, in his collection of “modern” koans, The Crow Flies Backwards, the Australian Zen teacher Ross Bolleter captures that most amazing moment.

And soon, mechanically, weary after a dull day with the prospect of a depressing morrow, I raised to my lips a spoonful of the tea in which I had soaked a morsel of the cake. No sooner had the warm liquid and the crumbs with it, touched my palate than a shudder ran through my whole body, and I stopped, intent on the extraordinary changes that  were taking place. An exquisite pleasure had invaded my senses, but individual, detached, with no suggestion of its origin. And at once the vicissitudes of life had become indifferent to me, its disasters innocuous, its brevity illusory. This new sensation having had on me the effect which love had of filling me with a precious essence; or rather this essence was not in me, it was myself. I had ceased now to feel mediocre, accidental, mortal. Where could it have come to me, this all-powerful joy? I was conscious that it was connected with the taste of tea and cake, but that it infinitely transcends dvd those savors, could not, indeed, be of the same nature as theirs. Whence did it come? What did it signify? How could I seize upon it and define it?

Pointing to a passage considerably later in the novel, Bolleter Roshi draws us to Proust’s comment on that most amazing moment.

One minute freed from the order of time has repeated in us, in order to feel it, the man freed from the order of time. And because of that we can understand why he trusts his joy, and even if the simple taste of a Madeleine does not seem logically to contain reasons for this joy, we can understand how the word ‘death’ has no meaning for him: situated outside time, why should he fear for the future?

And then out of this, the Roshi asks a question:

What is “freed from the order of time?”

Now, if you don’t recall, a koan is an assertion about reality bound up with an invitation for the hearer to occupy that place.

What is freed from the order of time?

Who is freed from the order of time?

In this world of constraints. In the world of past and present and future. In this dream world.

How are you free?

Who is that person?

July 9, 2019
The Unicorn in the Garden: A Zen Story Retold
Next Post

July 13, 2019 Mother of Exiles: Recalling the Destruction of a City, and with it, the Birth of a Religion
Recent Comments
0 | Leave a Comment
Browse Our Archives
get the latest from
Monkey Mind
Sign up for our newsletter
POPULAR AT PATHEOS Buddhist
1