A Zen Priest Reflects on His Past Lives 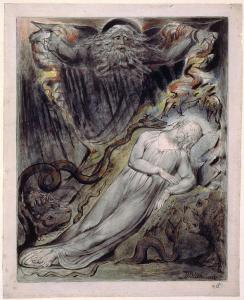 Once a dream did weave a shade
O’er my angel-guarded bed,
That an emmet lost its way
Where on grass methought I lay.

Troubled, wildered, and forlorn,
Dark, benighted, travel-worn,
Over many a tangle spray,
All heart-broke, I heard her say:

‘Oh my children! do they cry,
Do they hear their father sigh?
Now they look abroad to see,
Now return and weep for me.’

Pitying, I dropped a tear:
But I saw a glow-worm near,
Who replied, ‘What wailing wight
Calls the watchman of the night?

‘I am set to light the ground,
While the beetle goes his round:
Follow now the beetle’s hum;
Little wanderer, hie thee home! ‘

For those who like categories, I find it fair to say I fit broadly into that category of modernist Buddhists. That is, I embrace a naturalistic view of the universe and our human place within the universe.

Although I resist the term “materialist” as I find the reductionism implicit in that word runs counter to how I experience things. I know people look at my writings and say they see materialism. Perhaps. But. It’s more complex. Or,  should be.

I am cautioned by Heinrich Schliemann’s famous and infamous excavation of Troy. A brilliant amateur archeologist, he not only determined that Troy was not a literary fiction, but found it, and excavated it. However, his heavy-handed excavation featuring dynamite not only destroyed numerous artifacts – and, most tragically he probably destroyed the actual layer of the city that was the city during the siege of Troy.

There is a sweet spot in all things. I believe there is in fact a mystery to our lives that isn’t adequately captured in either the classical stories and analysis that describe rebirth, nor with a bare observation that human consciousness arises out of brain functioning and will cease with the death of the brain.

I find time and space and the human heart is messier than either of these statements, the old story of rebirths and the newer one of brain function.

We in fact live in a liminal space. The truth is found in our facing into what arises.

This is the nightmare. Mind numbing fear in the darkness. And dark, with only flashes, moments of light searing images into the brain. Screams and moans and shells bursting. I hear them. I smell the battlefield. The foul stench of fear clouded the air, mixing with the copper smells of blood and torn flesh and urine and feces. Of course, in fact, not urine and feces. It is the stench of piss and shit. And fear.

And, in the midst of this, my father’s lieutenant, John Fuller takes a bullet to his head. The shell nearly tearing his face off and he lays there bleeding and dying. My father is the medic and makes his way through the noise and smell and horror to the officer, his friend, and does his best to tend him and comfort him. Stroking what’s left of the lieutenant’s face with a bloody hand.

They both knew the lieutenant is dying. Spitting blood from a mouth that was now little more than a jagged hole and crying in agony, the lieutenant begs, words hard to make out, but clear enough in their meaning. Will my father kill him and end this? My father cries that he can’t. And when the dying officer can’t stop weeping and begging to be killed, his words ever more indistinct, my father runs off into the battlefield.

My father was an alcoholic and drink would often bring back this memory. Me, I remember so many times in my childhood and early adolescence how late at night or too early in the morning holding him up so he could breathe, sometimes cut and bleeding from drunken falls, and he sobbing and choking, telling me this story.

I don’t remember the first time I dreamed this awful story myself.

I was probably twelve or thirteen. I have now dreamed this nightmare many times. Over the years I’ve been all the parts, as an observer, as my father, as the lieutenant. Somewhere I realized it was my memory. It was my life. It is a part of who I am.

My father was fifty-four when he died in 1973. I am nearly twenty years older than my father was when he died. And while the memories of that Italian battlefield have faded, and it’s been a long time since I’ve dreamed the dream, nonetheless it is still a part of me. And it is easy enough to dredge up the memories.

It is my memory.

I have other bits and pieces of memories that people can more easily suggest are internal evidences of past lives. Most notably a free-floating memory of being some kind of lower ranking officer in an ancient army marching into battle. And Occam’s famous razor explains all of them easily enough through variations of brain science.

And, I have my memories. Liars. Truth tellers. Dreams. Most of all dreams.

I find when I surrender, if just for a precious moment or two my certainties, my knowledge, my skepticism, and my acceptance, a kind of magic appears.

I’ve written before of this time in my life where the boundaries of the so-called real and those so-called dreams are not so certain.

We need boundaries. Not arguing against them. They are important. However, they’re also useful fictions. Their reality exists as we perceive them only at a certain level of that imaginal excavation that for each of us is as important as Troy.

The invitation is to notice how tentative they really are, and to open our heart minds in the ways that allow us to see large.

We may, if we do this, discover a Troy of the heart that stretches across time and space. 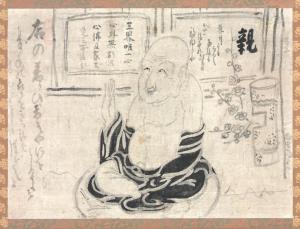