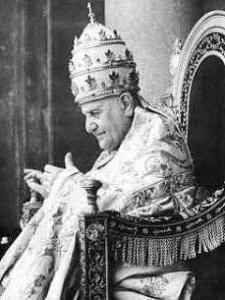 My dreams are populated by those figures out of the ancient near east, completely mythical ones like Abraham and Sarah and Moses and Miriam, and those with some historical bones upon which myth has been layered like Jesus and the Marys. I know their stories. Their stories inform my own life and give it the color and shade of our common humanity.

We’re not just apes with good thumbs, although we are apes with thumbs, we also have mouths that speak and, my, the stories we can tell.

I have long since noticed the actual dreams I have tend to be the engine racing, either reflective of the general anxiety of the human condition, or just noise reflecting the events of the previous day. Noticing it is a rare dream that conveys more information about my interior life, about my life beneath the waves of my sea of being, I’ve long since lost interest in tracking them.

Then, because the mind is such a trickster, the other night I had quite the dream.

It started with the anxious. I’m in a hall that’s supposed to be the church I’m preaching at, but no one has showed up. I mean no one. Then I realize I don’t have socks. And I must have socks. So, I go upstairs, an interesting direction, no doubt, pass another hall where everyone is filing in, quite the crowd. I realize I have to get back quickly. Eventually outdoors, and around the block to a department store, which I guess rents space from the church. I have a key. I go in. Looking for socks. Two policemen arrive. It’s okay because I’m looking for socks. They leave but someone steals my keys. About this time Jan, my spouse, shows up. We go outdoors. It is no longer a cityscape, but rather we’re looking out at a rather bucolic scene of rolling hills and small villages, when suddenly a giant looms up from behind the hills, looking rather like Terry Gilliam’s cut and paste scenes from the old Monty Python shows with a pope looking out at everyone, except here it’s totally realistic. And the giant, clean shaven, with eyes without whites, which I know to be a deity, begins to spit out lightning bolts which destroy many of the houses, villagers running out as the flames advance.

I think: this is a dream. And a kind of stupid dream, at that.

And, I notice I’m trapped in this stupid dream.

I begin to stomp the ground to wake myself up.

Now, when friends recount their dreams, all too often we find we must avert our eyes. It is all rather obvious. And, slightly embarrassing…

And, sometimes, in them there’s an invitation. For the dreamer. For the hearer.

Actually, at some point does it really matter if it is your dream or mine?

Today I was asked by an old friend what I thought of dreams. What I said is that ninety-eight percent of dreams reflect nervous energy attached to events, frequently from the previous day.

The other two percent are messages from the gods.

Of course, the trick is to tell which is which…

August 28, 2020 My Secret Life: A Brief Meditation on The Way Into Depth
Recent Comments
0 | Leave a Comment
"I love this reflection on TS Eliott."
Roger Butts | James Ford
"Well, I am a Catholic with a Zen practice (former student of Joko Beck's), and ..."
a panicky pilgrim A Feast for Our Lady of ..."
"do you see UU as aligning with a tradition to take seriously?"
Brian McInerney The Zen priest considers Tradition and ..."
"Very moving and thoughtful, and it helps me make sense of your Anglican longings, and ..."
a panicky pilgrim Requiem for my Father
Browse Our Archives
get the latest updates from
Monkey Mind
and the Patheos
Buddhist
Channel
POPULAR AT PATHEOS Buddhist
1