A Small Meditation on a Day

A Small Meditation on a Day November 3, 2020 James Ford 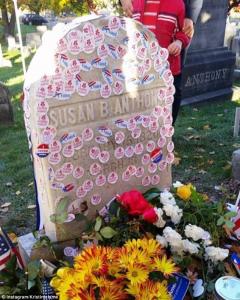 Well, the election is at hand.

Today the last votes will be cast to determine wether we continue along the path Mr Trump has been cutting.

Or, whether we will return to that hesitant and bumpy march toward ever greater justice and care for all of us, which has been the hallmark of our liberal Democracy.

And, if the polls are right, America’s choice will be Joe Biden and Kamala Harris. 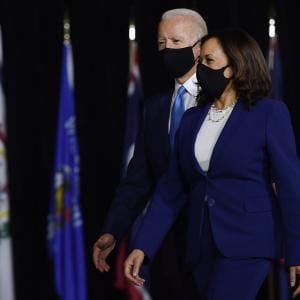 Mr Biden speaks of himself as a transitional figure. And I think he’s right.

I believe his basic decency is something we desperately need right now. I also believe, should he win, he’ll be a competent and generally progressive leader. He can staunch many of the wounds inflicted on the body politic by what I hope is his predecessor. And he perhaps can add to the more healthful direction we have already embarked upon.

That said, me, I look to his Vice Presidential choice to see what might be on the other side of that transition. Joe comes from what is called the silent generation, while Kamala is technically a Boomer by a month or so. Such distinctions don’t really work at the edges. She’s pretty clearly Gen X.

And she represents a whole lot of change.

It’s interesting that it was on this day in 1868 that John Willis Menard was the first black man elected to the United States congress. It’s also worth noting he was prevented from being seated by a challenge representing the shadows of our Republic. Something we’ve seen full on for the past near four years.

Today, among the many other things that may happen, is that a black woman may well be elected vice-president of the United States. 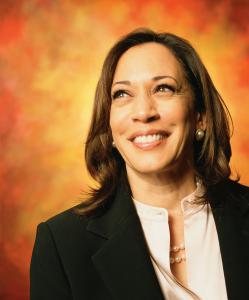 I hope we can notice this.

I find myself thinking of Susan B. Anthony. I am so taken how in the last presidential election when a white woman held the top of the Democratic ticket many pictures were posted of Anthony’s gravestone marked with those wonderful “I voted” stickers.

They thrilled me. And, I’ve reposted one of them with this blog entry.

There could be a level of irony this time around, if Senator Harris is elected. While there’s no doubt in her time Anthony was an antiracist and an active abolitionist, she also said things that we recognize as racist and she was willing to work with racist suffragists to advance her primary cause. Facts on the ground. We’re all pretty much hot messes. And Susan B Anthony was no exception. And. All that said, I have a hard time not seeing her joining an angel chorus celebrating Ms Harris’ election. Should it occur.

It’s all one step after another.

Four years ago I supported a woman for president. This nomination cycle I supported another women. Neither choice was actually because of their gender. It was because they looked right for the moment.

For those who don’t recall it was the African American community that delivered Joe Biden to this place. And he, having been a black man’s Vice President, has chosen a black woman as his. Something sweet. Something powerful.

There is something about a woman and right for this moment.

And now Kamala Harris stands at the edge of breaking a penultimate glass ceiling.

Ms Harris is not a saint. She’s done things I don’t approve of. She’s done a lot I do. I’m especially focused on what she did when she arrived in the Senate. She’s driven. She’s ambitious. She’s smart.

And she’s dedicated her life to service and making this Republic a little more aligned with our highest ideals, those better angels Abraham Lincoln sang of.

And. I see her as an example of the new generations of leaders we need.

Me. I note all this and I am afraid. Too much rides on this election. And too much power is in the hands of those who would thwart the clear choice of the people.

But, I am also hopeful.

A new dawn does appear to be coming…

November 8, 2020 FEAR & COURAGE & FAITH: A Meditation on Politics and the Intimate Way
Recent Comments
0 | Leave a Comment
"long live Theo-poetics! and universalism! and so on and so forth!"
Roger Butts That New Universalism: A Smallest Meditation ..."
"Thank you, James. You explained prayer to me as a way even I could accept. ..."
Ohyetwetrust A Meditation on What My Grandmother ..."
"This reminds me of the story about a priest holding a candle doing a one ..."
Catherine A Meditation on What My Grandmother ..."
"Fun talk. Here's my translation of the case:Raised: Guishan asked Yangshan, “Suddenly there is a ..."
Gregory Wonderwheel Book of Equanimity Case 37
Browse Our Archives
get the latest from
Monkey Mind
Sign up for our newsletter
POPULAR AT PATHEOS Buddhist
1