Synesius of Cyrene & the Way Between

Synesius of Cyrene & the Way Between September 12, 2021 James Ford 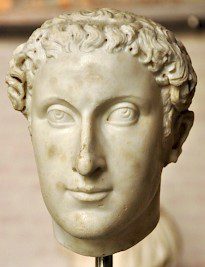 “All formal dogmatic religions are fallacious and must never be accepted by self-respecting persons as final.”

Perhaps you’re familiar with the Neoplatonist philosopher Hypatia? An amazing figure, the daughter of an Alexandrian philosopher, she became a major thinker and teacher during the cusp of the fourth and fifth centuries of our common era. She was an astronomer, a mathematician, and most of all, a Neoplatonist philosopher. While commonly beloved Hypatia, is also recalled for her brutal murder at the hands of a Christian mob.

There are many ironies involved. Irony being a truth of interesting times. One was that she had many Christian admirers, and even Christian students along with pagans. I’m most interested in one of the pagans, however. Synesius was born in what is now Libya, part of the North African Greek community. After making his way to Alexandria, as the best and brightest scholars of the time often did, he became a fervent follower and beloved disciple of Hypatia.

Enriched by these years, Synesius returned to Libya. He fell in love with a Christian. They married and had three sons together. Over time Synesius became a prominent figure in the community. Then, unexpectedly, he was chosen by the citizens of Ptolemais, a nearby city, to be their next Christian bishop. He had not presented himself as a candidate. There is no suggestion he sought the position, or even thought of it. But rather than decline, he hesitated. He reflected on what it might mean.

A true heir to Hypatia, his vision was larger than for many within the community that called him to service. He saw truths rising in the Christian tradition. But he also saw truths elsewhere, particularly in the pagan Philosophical traditions. He did not believe the soul or resurrection to be anything but metaphors. He did, however, believe in skillful means, and teaching what could be understood literally, even as he meant it metaphorically.

Still the people of Ptolemais really wanted his heart and his intellect. And the authorities wanted a competent administrator, and he certainly filled that bill. So, he negotiated with the powers that be. Number one, he had to keep his wife. Number two, he was much more a Platonist than a theological Christian. They appeared to have no problem with his remaining married. And only asked that he exercise a restrained dignity about publicly stating his views that diverged from the, again, really only emerging normative.

And so Synesius was baptized and then consecrated bishop. He served the good people of Ptolemais for the rest of his life. A life marked by a number of sadnesses. All three of his sons died before him, and after a bitter conflict with the civil authority, flirting with personal disaster he issued an excommunication of the local military leader for violating the sanctity of asylum. He remained for the whole of his life a good and faithful bishop.

When I think of who would be my patron saints, I have two candidates. Thomas, who insisted on putting his own finger into Jesus’ wounds to ascertain for himself, certainly is one.

The other is Bishop Synesius.

September 13, 2021 Thinking of Phineas Gage, His Personal Horror, and What it Means About our Humanity
Recent Comments
0 | Leave a Comment
"This post did not discuss P. Gage. It had some unrelated, brief comments, ending with ..."
cschriner@uuma.org Thinking of Phineas Gage, His Personal ..."
"Wonderful. It is good to be at home!"
Roger Butts Dreaming California
"To James Ford. You asked if there was any other Unitarian organization in the Philippines. ..."
Greg Abreu Recalling the Unitarian Bishop Gregorio Aglipay
"I studied at a UMC seminary. The meeting was indeed sometimes discussed over a glass ..."
Zzyzx Was John Wesley Consecrated an Orthodox ..."
Browse Our Archives
get the latest updates from
Monkey Mind
and the Patheos
Buddhist
Channel
POPULAR AT PATHEOS Buddhist
1