Fifty Eight Years Ago an American President was Murdered

Fifty-eight years ago today, on the 22nd of November, 1963, in Dallas, the president of the United States, John Fitzgerald Kennedy was assassinated.

It was a lifetime ago. Actually two lifetimes. The parents of adults today were not yet born. Fifty-eight years is a long time.

It made me wonder and I googled to see if there was anything on the actual number of people who have a first hand memory of the event. As it turns out in 2013, so, what nine years ago, Pew calculated (factoring that someone had to be at least eight years old to likely have a non manufactured memory, at that moment, about 29 percent (okay, 28.9%) of Americans had such a memory. I wouldn’t hazard to say how much that percentage has shrunk in the last near decade. But today, considerably fewer than thirty percent of us have that memory. One that for those of us who were alive then, is fixed…

It is so long ago that it is less and less a matter of memory, and more and more a matter of history. Memory and some other things, as well. In 2017, five years ago, FiveThirtyEight conducted a poll that showed the large majority of Americans did not believe a single gunman, Lee Harvey Oswald killed the president. Boatloads of alternative theories.

The article tells us, “A majority of men, women, white people, people of color, registered voters, non-registered voters, old people, young people, Democrats, Republicans and so on all believe that more than one person was involved in Kennedy’s assassination. This is one of the few questions in this polarized age on which you can even find agreement among Hillary Clinton voters (59 percent believe in a conspiracy) and Trump voters (61 percent).”

They further sliced and diced, and “African-Americans (76 percent) and Hispanics (72 percent) are far more likely than whites (56 percent) to believe that Oswald didn’t act alone. The government, of course, has a history of lying to the black community, which may be why African-Americans are more likely to think the government isn’t telling the whole story about Kennedy’s death and other major news stories.”

Here in America we’ve been under a hard assault from right wing media intending to relativize facts for the white voter. This project has been gleefully joined by some at the farther left for their own imagined constituency. So it shouldn’t be a surprise that for a large percentage of Americans conspiracy are now an assumed fact.

Noting that. For me this day lives. Memory seared into my consciousness. And, most years I continue to share the memory here on this blog.

I was fifteen at the time, a sophomore in High School. I was in school when it happened. And, I recall the announcement over the school loudspeakers. Vividly. Like yesterday vividly…

There were gasps. And moans. A girl sitting next to me on my left started crying softly. I was fifteen and a snot with intellectual pretensions. I was confident I was one of a handful of classmates who even knew what party Kennedy belonged to, or who was his vice-president. 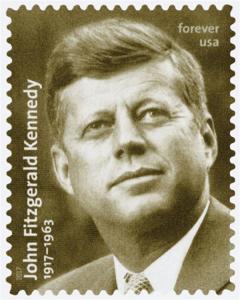 Could even have been true.

I leaned to the desk on my right filled with the smarmy all-knowingness that only a fifteen year old can summon up. And I whispered to my classmate, “I wonder what Johnson will be like?”

I think I was mostly showing off what I knew. But, it was also a real question for the Republic and the world.

One could argue it took Johnson’s iron will and mastery of Washington’s inside game to drive through all those social reforms that Kennedy proposed. One could argue Kennedy might have repented of his commitments in Vietnam before we sank neck deep in the Old Muddy. Another marker for my generation, something that is now really just history. But for me, memories.

The shape of my world. The world that wove into so many lives, my generation. The age of Aquarius. Birth control. Wars followed by wars. The rise of women’s consciousness. The Civil Rights movement. Wild explorations of many sorts. Drugs. The eruption of world religions in the same place. Hippies. Boomers.

And. An inflection point.

Who knows what did not happen because of this turning moment?

It remains one of those “great what if’s” of history…

A lot of water under a lot of bridges since then. Today JFK seems more grist for conspiracy buffs than much of anything else. Maybe also sort of an icon of decency and hope. With shadows, of course.

And, it’s hard for someone not from that time to imagine. There was something about that breath of hope that he stood for, and on which he rode to the presidency.

His Nixonian younger brother also had that air about him.

Another what if of American history.

Another pile of memories.

All now slipping into the dream time.

November 21, 2021
GIVING THANKS: A Meditation for an Antifa Sunday
Next Post

November 24, 2021 Keiji Nishitani, Zen's Philosopher of Nothingness
Recent Comments
0 | Leave a Comment
"I have to chuckle, just past the four Bodhisattva Vows I ran into an offering ..."
Kyllein MacKellerann " The Four Bodhisattva Vows
"In a way, it's frustrating—all that data and nobody knows a Da*n thing. Seriously, things ..."
Kyllein MacKellerann " My Quest for Unbiased News: Or, ..."
"The first river of the Bible is Pison: " The name of the first is ..."
Herrnhut Prophecies of the End: Dreams of ..."
"My primary consciousness on Zen is that unlike religion or philosophy which depend on linear ..."
Frank Redden Recalling the Archangel Raphael & Happy ..."
Browse Our Archives
get the latest updates from
Monkey Mind
and the Patheos
Buddhist
Channel
POPULAR AT PATHEOS Buddhist
1